There are 3 high school codes in Luxembourg today, according to the ACT. The full list is shown below by city, with name of each high school and the city where the school is located (based on the ACT official site). You can search a school code by pressing “Ctrl” + “F” and then type school name or 6-digit school code. 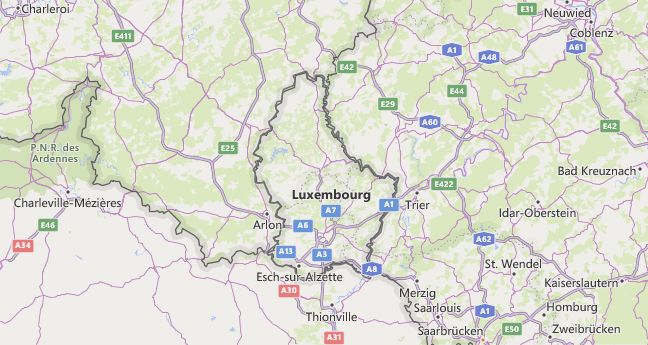 The above lists CEEB codes (College Entrance Examination Board) for all accredited Luxembourg high schools. Please be informed that the list of high school codes in Luxembourg may change throughout the year. If you can’t find codes for the high schools of your interest, please write to us or come back at a later time. We will update our database soon after a new high school code is added to the country of Luxembourg.

Luxembourg is one of the richest countries in the world. The country’s economic output per resident (GDP) is by far the highest in the EU. The iron and steel industry was the most important economic sector until the 1970s. The steel industry fell into a structural crisis and the country expanded the service sector, particularly financial services. With over 100 international banks and insurance companies, Luxembourg is now one of the world’s most important financial centers. The country benefited from Brexit as numerous banks relocated from Great Britain to Luxembourg.

The country is known as a location for information and communication technologies. As one of the largest private broadcasters in Europe, RTL Group SA is based in Luxembourg. In order to meet its energy needs, Luxembourg is connected to the Netherlands’ natural gas network. The country operates its own hydropower plants and is involved in cross-border ones. Nevertheless, it remains dependent on energy imports. Alternative energies such as wind power are gaining in importance.

Luxembourg does not have enough of its own workforce, so that around 40% of workers from neighboring countries commute to the Grand Duchy. Luxembourg has a customs union with the Netherlands and Belgium. The country has been importing more goods than it has exported for years. The main trading partners are Germany, Belgium and France.

About half of the country’s area is used for agriculture. In addition to growing cereals and vines, livestock, especially cattle, is an important source of income for farmers. At 0.3%, agriculture is not of great economic importance for economic output. Only 1% of the workforce works in agriculture.

Every year around 1 million tourists visit the Grand Duchy. The historic old town of Luxembourg (city), hiking trails through the landscapes in the Ösling, Gutland and the Moselle as well as numerous historic palaces and castles are attractive.

The area of ​​today’s Luxembourg, which was already settled in the Mesolithic, ruled from the 1st century BC. The Romans, later the Franks and from the 9th century the Lorraine. Siegfried from Lorraine († 997/998) acquired the “Lucilinburhuc” in 963, later called “Lützelburg” and called “Luxemburg” from the 19th century. The Luxemburgish Heinrich VII. (* 1275, † 1313) became Roman-German King in 1308 and Roman-German Emperor in 1312. In 1354, the Holy Roman Emperor Charles IV. the county to the duchy. In the following centuries this was under the changing rule of European powers. Luxembourg became independent in 1866, and in 1868 there was a constitution as a parliamentary hereditary monarchy.

In World War I Luxembourg remained neutral, would therefore must not be drawn into the war. Nevertheless, the country was occupied by German troops in 1914. In order to protect its own population from possible attacks by the German military, the political leadership remained neutral. For this she was sharply criticized by Germany’s allied war opponents. Also in 1940, during World War II, German soldiers marched into Luxembourg, which was again neutral. In contrast to the First World War, Germany, now ruled by the National Socialists, wanted to incorporate Luxembourg into the German Reich, which also happened in 1942. Thousands of Luxembourgers should now go to war for Germany. Many refused, risking their own lives and that of their families, because the National Socialists severely punished resistance. When Luxembourg was finally liberated by US troops in 1945, large parts of the country were devastated by the war.

Luxembourg gave up its neutrality and became a member of various international communities that emerged after the Second World War (e.g. UN, NATO and the Council of Europe). The European Reconstruction Program helped the country to rebuild.