There are 10 high school codes in Kyrgyzstan today, according to the ACT. The full list is shown below by city, with name of each high school and the city where the school is located (based on the ACT official site). You can search a school code by pressing “Ctrl” + “F” and then type school name or 6-digit school code. 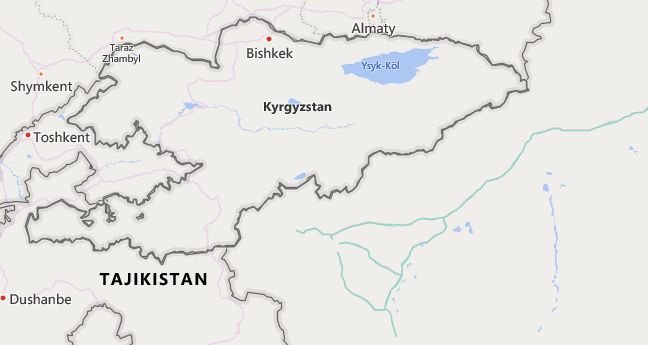 The above lists CEEB codes (College Entrance Examination Board) for all accredited Kyrgyzstan high schools. Please be informed that the list of high school codes in Kyrgyzstan may change throughout the year. If you can’t find codes for the high schools of your interest, please write to us or come back at a later time. We will update our database soon after a new high school code is added to the country of Kyrgyzstan.

The population consists of Kyrgyz (72.4%), Uzbeks (14.4%), Russians (6.6%), Dungans (1.1%), Uyghurs (1.0%) as well as Ukrainians, Kazakhs, Tajiks, Tatars and other ethnic groups together. The originally higher proportion of Germans has fallen to 0.4% as a result of the high level of emigration since the early 1990s. The declining proportion of Russians (25.9% in 1979) is also due to emigration (especially those who have returned to Russia since 1991). The average population density is (2017) 32 residents / km 2, however, due to the natural conditions, it is very different from region to region. The mountainous relief stands in the way of a denser settlement, but it offers a habitat for nomads (sheep breeding). The main areas of settlement are the Tschu and Talas valleys, the peripheral areas of the Fergana Basin, the Naryn and Alaital valleys and the eastern bank of the Issykkul. The degree of urbanization is comparatively low at 36% (2017). The largest cities are the regional metropolis of Bishkek and Osh, once an important trading center on the Silk Road.

The biggest cities in Kyrgyzstan

The constitution guarantees religious freedom and establishes the separation of state and religion as a constitutional principle. The religious communities are subject to state registration. The Sunni Islam (mainly the hanefitische law school) is the largest religious community to which the Kyrgyz, Uzbeks and other Turkic Nationalities, according to the latest available estimates, nominally belong to around 84–87% of the population. Less than 1% of Muslims are Shiites. The spiritual administrative structure of the Soviet Union, which placed the Kyrgyz Muslims under the spiritual leadership of the Muftiate in Tashkent, officially continued to exist after 1990, but ended de facto in 1993 when the Islamic clergy in Kyrgyzstan began to set up spiritual organizational structures that were independent of Tashkent. Numerous Muslims feel connected to popular Islam, which is influenced by Sufi.

The vast majority of Christians, around 5% of the population, belong to the Orthodox Church. The Russian Orthodox Archdiocese of Tashkent exists for Orthodox Christians (Russians and Ukrainians) in Kyrgyzstan, Tajikistan, Turkmenistan and Uzbekistan. The spiritual care of the few Catholic Christians is provided by the Apostolic Administration of Kyrgyzstan (seat: Bishkek; established in 1997 as an ecclesiastical mission). The Lutherans, like the Catholics predominantly members of the German minority, belong to the Kyrgyzstan regional church of the Evangelical Lutheran Church in Russia and other countries. There are also very small churches of Adventists, Baptists and Pentecostals.

Elements of the ancient shamanic heritage and animism have survived among the Islamic population. Buddhists (0.5%) and Jews form very small religious minorities.

University, TH; Cotton and silk processing, food, building materials and electrotechnical industries; Starting point of the East Pamir Road to Khorog and the trunk road (“Great Kyrgyzstan Wing”) to Bishkek. The holy mountain Sulamain-Too, which is located near Osh and is a holy place for both pre-Islamic and Islamic faiths, was declared a World Heritage Site by UNESCO in 2009.

Osh, as early as the 1st millennium BC Colonized in the 9th / 10th centuries BC, it is one of the oldest cities in Central Asia. In the 19th century, the city was an important political and commercial center on the Silk Road.

Pedagogical University, Prschewalski Museum, History Museum, Zoological Garden; Fruit processing and wineries (in the area fruit and wine growing), clothing, building materials and electrotechnical industries. To the north of Karakol is the port of Pristan-Karakol on the Issykkul. Several health resorts and sanatoriums (thermal springs) were built around Karakol.

Karakol was founded in 1869 as a Russian military base.