There are 19 high school codes in Kuwait today, according to the ACT. The full list is shown below by city, with name of each high school and the city where the school is located (based on the ACT official site). You can search a school code by pressing “Ctrl” + “F” and then type school name or 6-digit school code. 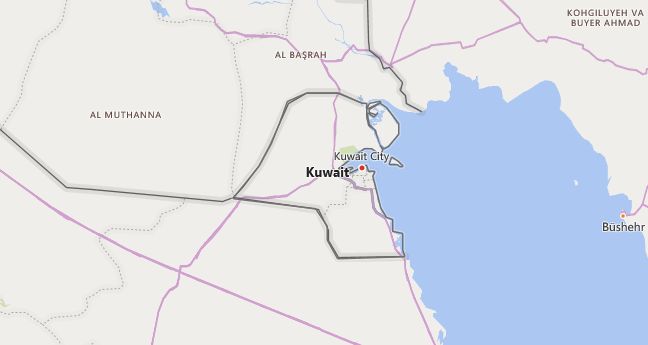 The above lists CEEB codes (College Entrance Examination Board) for all accredited Kuwait high schools. Please be informed that the list of high school codes in Kuwait may change throughout the year. If you can’t find codes for the high schools of your interest, please write to us or come back at a later time. We will update our database soon after a new high school code is added to the country of Kuwait.

The basis of the state-controlled economy, which is characterized by foreign trade, is the extensive oil reserves (production since 1946). The dependency on the oil price sometimes results in high annual fluctuations in economic growth (2016: 2.5%). A large part of the generated budget surplus is invested abroad via the national future security fund. The gross national income (GNI) is (2017) US $ 31,430 per resident. However, given the large number of low-wage foreign workers, the real per capita income of Kuwaiti citizens is much higher. Around 80% of the Kuwaiti workforce is employed in the public sector.

Foreign trade: The country’s foreign trade balance has been positive for years (2015 import value: US $ 31.9 billion, export value: US $ 55.2 billion). Oil and products as well as natural gas make up around 85% of total exports. Mainly machines and vehicles, finished goods and food are imported. The most important trading partners for export are Saudi Arabia, the United Arab Emirates, India and China. The main supplier countries are the USA, China, Germany, Japan and the United Arab Emirates.

Since only 1% of the land can be used for arable farming (mostly with artificial irrigation), the majority of the food has to be imported. The main crops are tomatoes, potatoes, cucumbers, aubergines, cauliflowers and dates. Sheep and goat husbandry dominate the livestock sector.

The oil industry is by far the most important industry in the country and is controlled by the state-owned Kuwait Petroleum Corporation (KPC). With 101.5 billion barrels, the country has around 8% of the world’s oil reserves. A large part of it comes from the Burganfeld south of the capital. Inventories of natural gas associated with oil are on 1,780 billion m 3 estimated (including the Kuwaiti part of the “neutral zone”). The domestic industrial, electricity and seawater desalination plants are supplied with natural gas.