There are 21 high school codes in Kenya today, according to the ACT. The full list is shown below by city, with name of each high school and the city where the school is located (based on the ACT official site). You can search a school code by pressing “Ctrl” + “F” and then type school name or 6-digit school code. 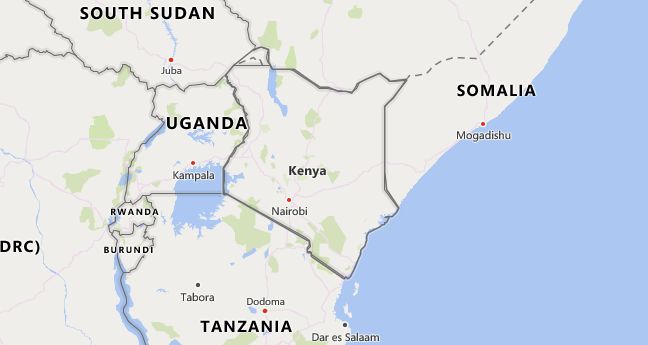 The above lists CEEB codes (College Entrance Examination Board) for all accredited Kenya high schools. Please be informed that the list of high school codes in Kenya may change throughout the year. If you can’t find codes for the high schools of your interest, please write to us or come back at a later time. We will update our database soon after a new high school code is added to the country of Kenya.

With the exception of the northern parts of the country, Kenya has relatively good transport links. The heart of the railway network is the Uganda Railway, which runs in Kenya from the port city of Mombasa via Nairobi, Nakuru and on to Uganda. In 2017, the new 472 km long railway line from Mombasa to Nairobi, financed by Chinese companies, was opened to traffic. The road network is also concentrated on the Mombasa – Nairobi – Ugandan border or Lake Victoria corridor. The port of Mombasa not only serves to supply the Kenyan hinterland, but is also an important import port for the landlocked states Uganda, Rwanda and Burundi. The port of Lamu is being expanded to relieve him. In contrast, the port of Malindi and the inland port of Kisumu on Lake Victoria are only of regional importance. Air traffic is becoming increasingly important, especially due to tourism. There are international airports in Nairobi, Mombasa, Eldoret and Kisumu.

Kenyatta secured his party domination in politics and subsequently established a one-party system (de facto 1967, de jure 1982). As a result of the government’s policy of Africanization, many Europeans and Asians left the country. Economically, Kenya followed a strictly capitalist course. In 1967 the East African Community (EAC) was formed with Tanzania and Uganda. This customs and currency union broke up in 1977. In 1999, the EAC was re-established with the aim of an economic community with a strong social focus and conflict prevention. After Kenyatta’s death (1978) and the election of D. arap Mois internal political tensions arose repeatedly in relation to his successor as President and Chairman of KANU. Bloody unrest finally led to political and economic reforms in 1990 and to the establishment of a multi-party system in 1991. The still authoritarian Moi was confirmed in the presidential elections in 1992 (also in 1997). Tribal conflicts, a highly fragmented, ethnically-influenced opposition, and corruption (the World Bank therefore stopped making payments), violent crimes and human rights violations, however, hampered a reform process. Between 1991 and 1994, ethnic tensions led to the massive displacement of Kikuyu, Luo and Luhya by members of the Nandi (the ethnic group of Moi ) and Masai as well as serious unrest in 1997.

In the parliamentary elections in December 2002, the opposition National Rainbow Coalition (NARC) won a majority of the seats. In the presidential elections held at the same time, the NARC candidate and former Vice President, M. Kibaki, prevailed against the KANU candidate U. Kenyatta, son of the first Kenyan President J. Kenyatta.

The new President, sworn in on December 30, 2002, announced above all justice and the fight against corruption and mismanagement for the future of the country.

In a referendum in November 2005, the population rejected a constitutional amendment initiated by Kibaki, which inter alia. would have given the president greater powers. Since the end of December 2006, clashes between police forces and the Mungiki sect increased. After they had committed themselves as a protection force for the 2002 defeated KANU, the sect was banned in 2003. Since then it has partly developed into a mafia organization that acted as a regulating power in the slums of the big cities. A two-week raid on Nairobi’s Mathare slum in early June 2007 exacerbated the situation. Fighting with dead and injured developed on both sides in all parts of the country.