There are 36 high school codes in Italy today, according to the ACT. The full list is shown below by city, with name of each high school and the city where the school is located (based on the ACT official site). You can search a school code by pressing “Ctrl” + “F” and then type school name or 6-digit school code. 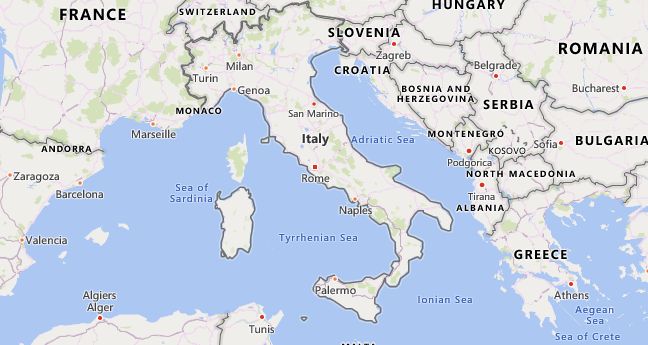 The above lists CEEB codes (College Entrance Examination Board) for all accredited Italy high schools. Please be informed that the list of high school codes in Italy may change throughout the year. If you can’t find codes for the high schools of your interest, please write to us or come back at a later time. We will update our database soon after a new high school code is added to the country of Italy.

The long stretch over almost 10 degrees of latitude and the strong elevation structure result in very different climatic conditions. In the Southern Alps, the Po Valley and the Northern Apennines, the transition from the Central European to the Northern Mediterranean climate takes place, from prevailing summer rain to autumn and spring precipitation. The southern Alpine valleys, the lake areas on the edge of the Alps and the Ligurian coast are protected from the cold winter Po Plain (winter health resorts). To the south of Rome, precipitation falls mainly in winter, followed by a dry, hot summer. The arid period lasts 1–2 months in central Italy and 4–6 months in Sicily.

While the mountains receive over 1,000 mm of precipitation (in the Alps up to 3,000 mm) per year, on the east side of the Apennines and in basins there are dry areas with less than 500 mm of precipitation, because the precipitation generally falls when fronts with westerly winds pass through. Snow covers above 2,000 m in height also persist in the southern Apennines for a long time. There are around 800 glaciers in the Italian Alps, 200 in the Aosta Valley alone.