There are 6 high school codes in Hungary today, according to the ACT. The full list is shown below by city, with name of each high school and the city where the school is located (based on the ACT official site). You can search a school code by pressing “Ctrl” + “F” and then type school name or 6-digit school code. 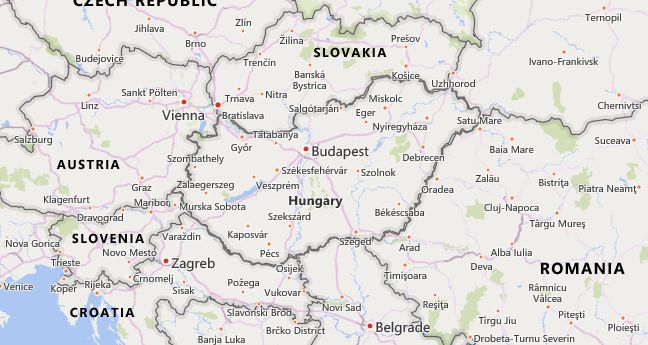 The above lists CEEB codes (College Entrance Examination Board) for all accredited Hungary high schools. Please be informed that the list of high school codes in Hungary may change throughout the year. If you can’t find codes for the high schools of your interest, please write to us or come back at a later time. We will update our database soon after a new high school code is added to the country of Hungary.

In the 5th century Hungary was the heartland Hun Empire, then to the 8th century of the empire of the Avars. Magyars immigrated around 900. After the defeat against Otto I on the Lechfeld near Augsburg in 955, the Magyars stopped their advance westward and finally settled down. Under King Stephen I, the Hungarians were Christianized in the 10th century. In the 11th and 12th centuries the empire solidified and a personal union with Croatia came about. The Mongols occupied the country in 1241/42. King Ludwig I restored Hungarian power in the 14th century.

In 1526 the Hungarians were defeated in the battle of Mohács against the Turks, most of Hungary came under the rule of the Ottoman Empire for 150 years. The remaining areas came to the Habsburgs, Transylvania remained independent. After the Great Turkish War of 1683–99, Hungary became the hereditary kingdom of the Austrian Habsburgs.

In the Hungarian Revolution of 1848 the Hungarians fought for their independence. The struggle for freedom was put down by Austria with Russian help. In 1867, as part of the Austro-Hungarian dual monarchy, the Kingdom of Hungary gained full equality with Austria. After the First World War, the historical Greater Hungary lost around two thirds of its territory. In 1918 the Republic of Hungary was proclaimed.

In the Second World War, Hungary took part on the side of Germany. In 1944, German troops occupied the country to prevent Hungary from falling away. Soviet troops conquered the country in 1944/45, and in 1948 the communists took over the government. From 1949–89 Hungary was a people’s republic based on the Soviet model. In 1956, a popular uprising against the government was bloodily suppressed by Soviet troops.

In the 1980s, reforms loosened the rigid communist system. In May 1989, Hungary began to dismantle the barriers on its border with Austria, and from September GDR citizens were allowed to leave the country freely. In October 1989 the parliament changed the state name to “Republic of Hungary”. Hungary has been a member of the European Union since 2004. Hungary was hit by the international financial crisis in 2008/9. The national conservative Viktor Orbán has ruled the country since 2010. A constitutional amendment in 2012 and numerous new laws affecting the media that affect the judiciary significantly restrict the separation of powers. He has been sharply criticized by the EU and human rights organizations for his strict refugee policy since 2015.

Hungary is shaped by different cultural influences from West and East. The country was ruled by Romans, Turks, Habsburgs and Russians – they all left their mark. Evidence of this are the remains of the Roman city of Aquincum in Budapest, the mosque in Pécz, the Turkish bathing culture, medieval churches and huge basilicas. Numerous buildings from the early 20th century have been preserved, many in the style of the Hungarian secession (Art Nouveau). Between 1947 and 1989, communist-ruled Hungary was dominated by socialist realism.

Hungarian has a special linguistic position: apart from the Finnish and Estonian languages, it is not related to any of the other European languages. Until the 9th century the Hungarians lived as nomadic horsemen between the rivers Volga and Urals. When they settled down, they brought their language with them to what is now Hungary and preserved it (Finno-Ugric languages). The Hungarian language was banned under the Habsburgs, and when the Hungarian national feeling awoke in the 19th century, Hungarian literature acquired a special meaning. Sándor Petőfi (* 1823, † 1849) became a national poet and hero). In the 20th century, Hungary produced numerous well-known authors. The award of the Nobel Prize for Literature to Imre Kertész (* 1929, † 2016) in 2002 for his “Novel of a Fateless” brought international attention to Hungarian literature. In the autobiographical book, Kertész tells how a 15-year-old Jewish boy barely survived the Auschwitz concentration camp.

One of the most famous Hungarian composers is Franz Liszt . He was a representative of romanticism. Béla Bartók and Zóltan Kodály (* 1882, † 1967) collected Hungarian folk songs while traveling through the country, published them and incorporated them into their works. The »Csárdásfürstin« by Emmerich Kálmán (* 1882, † 1953) is still a frequently performed operetta today. Painting had its peak in the 19th century during the Romantic era.

Hungarian folk art includes embroidery, lace, pottery and wood carving, musical instruments, folk music and dance. There are numerous cultural and music festivals, such as the annual Sziget Festival in Budapest. The most popular sports include soccer, chess, and water polo.

The Hungaroring in the east of Budapest is a Formula 1 racing track on which the Hungarian Grand Prix is ​​held.