There are 5 high school codes in Haiti today, according to the ACT. The full list is shown below by city, with name of each high school and the city where the school is located (based on the ACT official site). You can search a school code by pressing “Ctrl” + “F” and then type school name or 6-digit school code. 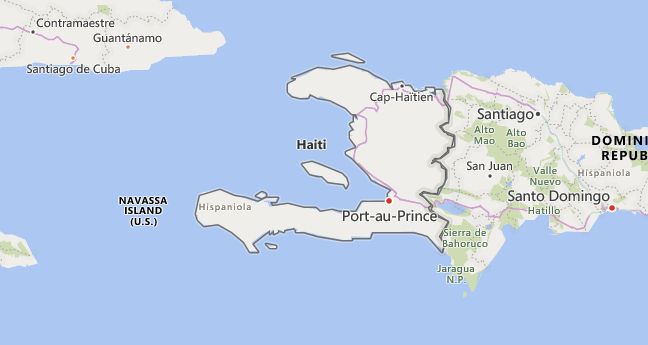 The above lists CEEB codes (College Entrance Examination Board) for all accredited Haiti high schools. Please be informed that the list of high school codes in Haiti may change throughout the year. If you can’t find codes for the high schools of your interest, please write to us or come back at a later time. We will update our database soon after a new high school code is added to the country of Haiti.

With a gross national income (GNI) of (2017) US $ 760 per resident, Haiti is one of the poorest countries in the world. About 80% of Haitians live on less than US $ 2 a day, and half of the population has to get by on less than US $ 1 a day. Dictatorship, corruption and civil wars have driven Haiti to economic ruin for decades. Temporary embargo measures, the suspension of financial support from the international community and natural disasters have severely hampered economic development. In 2009, the country received $ 1.2 billion in foreign debt canceled by the World Bank, the Inter-American Development Bank, and bilateral and multilateral lenders. Half a year after the severe earthquake in 2010, the International Monetary Fund also waived the repayment of the remaining debts (€ 268 million). US- $) and provided interest-free loans for the reconstruction. By March 2013, however, the external debt had risen again to US $ 1.2 billion and stood at US $ 1.96 billion at the end of 2015.

Foreign trade: Haiti’s trade balance has been negative since 1965 (2016 import value: US $ 3.15 billion, export value: US $ 933 million). By far the most important trading partner for both imports and exports is the USA; other trading partners are the Dominican Republic and China. A significant source of foreign exchange is the transfer payments from overseas Haitians, which account for around 20% of GDP.

Agriculture, in which around 57% of the workforce is employed, contributes around 23% to the gross domestic product (GDP). Unfavorable climatic conditions (cyclones, dry periods), soil erosion, extreme land fragmentation and inadequate technical possibilities prevent adequate production. Subsistence farming predominates in small businesses; Mainly maize, rice, cassava and sugar cane are grown. In order to supply the population, a large part of the food has to be imported. Export products such as mangoes, coffee and cocoa are partly grown by large foreign companies, but only make up a small proportion of exports.

The underdeveloped industrial sector contributes around 18% of GDP and employs around 10% of the workforce. The most important export products are textiles and industrial goods, especially contract finishing products (sporting goods, electrical appliances), which are re-exported to the USA. In small businesses, consumer goods (food, clothing) and building materials are produced, mostly for the local market.

Political unrest and natural disasters have severely affected tourism, once the country’s second largest currency earner. The majority of the income comes from the leasing of the strictly isolated Labadee peninsula on the north coast of Haiti, which is used by Caribbean cruises.

The road network covers around 4,300 km, around a fifth of which is paved. The last railway line was shut down in 1990. The most important sea ports are Port-au-Prince and Cap-Haïtien; Port-au-Prince has an international airport. However, the natural disasters of recent years caused enormous damage to the infrastructure.