There are 23 high school codes in Guatemala today, according to the ACT. The full list is shown below by city, with name of each high school and the city where the school is located (based on the ACT official site). You can search a school code by pressing “Ctrl” + “F” and then type school name or 6-digit school code. 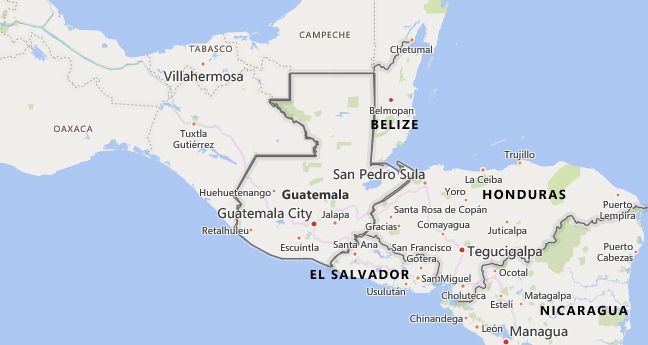 The above lists CEEB codes (College Entrance Examination Board) for all accredited Guatemala high schools. Please be informed that the list of high school codes in Guatemala may change throughout the year. If you can’t find codes for the high schools of your interest, please write to us or come back at a later time. We will update our database soon after a new high school code is added to the country of Guatemala.

There is compulsory schooling from the 7th to 14th year of age, the enforcement of which is not guaranteed everywhere. Primary school (grades 1–6) is followed by two three-year secondary school cycles (general and vocational or academically specialized courses). The language of instruction is Spanish. Tuition in public primary schools is free, with few exceptions, secondary schools are private and paid for. For this reason, many children and young people, but especially girls and members of the indigenous population, have no access to further education and better income opportunities.

The constitution guarantees freedom of expression and freedom of the press. In fact, reporting on organized crime, corruption and human rights violations is hardly possible. The most important mass medium is television.

News Agency: Radio and television stations must be registered with the State Dirección General de Radiodifusión y Televisión Nacional. There are eleven state and around 80 private radio stations. The media entrepreneur Remigio Ángel González (* 1944) controls a radio chain and all four major private TV stations in Guatemala through the Albavisión company. The Academy for Maya Languages ​​has been running its own channel since 2008 (“TV Maya” / “Canal 5”).

The road network is not yet sufficiently developed; around half of the 17,600 km of roads is paved. The Carretera Interamericana runs from the Mexican border via the capital Guatemala to El Salvador; the Carretera Costera runs parallel to it on the Pacific coast. A cross connection between the two coasts leads from Puerto Barrios to San José on the Pacific. Two railway lines go from the capital to the Mexican border and the Caribbean. The most important export port (formerly Puerto Barrios) is Santo Tomás de Castilla (Central American free port) on the Caribbean coast, Puerto Quetzal on the Pacific replaced San José as the most important import port away. A pipeline leads to the Caribbean oil port of Livingstone. Champerico is considered to be the most important fishing port in Guatemala. La Aurora International Airport is close to the capital.