There are 11 high school codes in Georgia today, according to the ACT. The full list is shown below by city, with name of each high school and the city where the school is located (based on the ACT official site). You can search a school code by pressing “Ctrl” + “F” and then type school name or 6-digit school code. 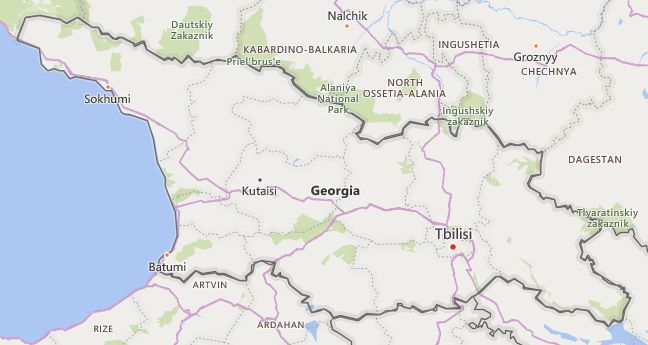 The above lists CEEB codes (College Entrance Examination Board) for all accredited Georgia high schools. Please be informed that the list of high school codes in Georgia may change throughout the year. If you can’t find codes for the high schools of your interest, please write to us or come back at a later time. We will update our database soon after a new high school code is added to the country of Georgia.

Georgia lies in the transition area from a subtropical to a temperate climate. The high mountain range of the Great Caucasus shields the country climatically from the north. In the west, in the Colchis area up to an altitude of 600 m above sea level, there is a humid, subtropical climate (precipitation 300–800 mm / year), the eastern parts of the country are under continental influence, the climate here is much drier. The winters on the Black Sea coast are moderately cold, the summers long and warm with very high humidity. The slopes facing the Black Sea receive the most rainfall (on the Adjarian coast 2,400–3,000 mm / year). In eastern Georgia the annual precipitation varies between 400 mm and 700 mm, the lowest precipitation falls in the southeast in the Gardabani and Eldar steppe. In the mountain regions the climate is subject to strong fluctuations. The lowest temperatures (down to −40 ° C) were measured in the Javakheti mountains in the Lesser Caucasus.

The diversity of the landscape results in a very varied vegetation with around 4,000 endemic species in a relatively small area. About 40% of the country’s area is forested. Larger forest areas are only in the western half of the country, mixed forests in the lowlands, beech, spruce and mountain pine forests in higher elevations. In some regions, rare relic species such as boxwood, eldar pine and pizunda pine have been preserved (Pontic vegetation). The millennia-old yew forests are unique. The subsequent problem of deforestation in the mountains is the increasing risk of avalanches and landslides. Above the tree line (in the Greater Caucasus at 2,800 m above sea level, in the Lesser Caucasus at 3,500 m above sea level), subalpine and alpine mats spread out. The steppe,

Nature conservation: The Borjomi-Kharagauli National Park (850 km 2) has existed in the Lesser Caucasus since 1995 , and other protected areas serve to preserve the unique ecosystems of the Caucasus.

The very heterogeneous population is made up of over 100 ethnic groups: Georgians (84%), Azerbaijanis (7%), Armenians (6%), Russians (1.5%), Ossetians (1%), as well as Abkhazians, Greeks, Ukrainians, Belarusians, Assyrians, Tatars and others The Georgians belong to different groups, some of which are viewed as individual peoples (Ajars, Mingrelians, Swanen, Imeretier, Gurier, Kartlier, Kachetier, Tuscha, Pschawelier, Chewsuren, etc.).

Linguistic and cultural differences exist to the northwest Caucasian people of the Abkhazians, 88% of whom live in the Autonomous Republic of Abkhazia, and to the Ossetians, an Indo-European people related to the Iranians (the descendants of the Alans who were forced into the Caucasus in the 13th century), the are partly Christian, partly Muslim. The approximately 150,000 Muslim Adjars live in the border area with Turkey (in the Autonomous Republic of Adjara). Conflicts and tensions exist not only in the relationship between the Georgians and the Abkhazians, Ossetians and Ajars, but also with the Armenian minority in the south of the country (Javakheti), with the Azeri in the border area with Azerbaijan and between individual Georgian ethnic groups in the mountain regions. The Kisti of Chechen origin settle in the Pankissital of the Greater Caucasus; several thousand refugees from Chechnya were taken in here. The civil wars have left almost 300,000 internally displaced people in the country, mostly Georgians from Abkhazia.

The average population density is (2017) 65 residents / km 2. The individual parts of the country are, however, populated differently. The main areas of settlement are the basin and depression zones, the valleys and the Black Sea coast. The mountain regions, which take up most of the country’s area, are only sparsely populated. The proportion of city dwellers is 54% (2017). Over 300,000 Georgians live abroad, mostly in Russia.

The biggest cities in Georgia