There are 12 high school codes in Ethiopia today, according to the ACT. The full list is shown below by city, with name of each high school and the city where the school is located (based on the ACT official site). You can search a school code by pressing “Ctrl” + “F” and then type school name or 6-digit school code. 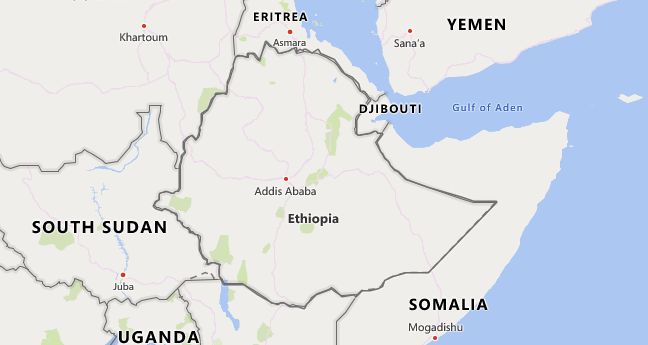 The above lists CEEB codes (College Entrance Examination Board) for all accredited Ethiopian high schools. Please be informed that the list of high school codes in Ethiopia may change throughout the year. If you can’t find codes for the high schools of your interest, please write to us or come back at a later time. We will update our database soon after a new high school code is added to the country of Ethiopia.

Ethiopia is a multi-ethnic state with over 80 nationalities and ethnic groups; The number of native languages ​​and dialects is correspondingly high. The Oromo (35%), who live mainly in the center and south of the country, the Somal (6%) in the Ogaden, the Afar in the Danakil lowlands, the Sidama and Bedja speak Cushitic languages. The Amhara (27%), who have determined the fate of the country since the 13th century, the Tigray (6%), the ruling people during the Aksum Empire, as well as various Gurage groups and the Harari speak South Semitic languages ​​(Ethiosemitic languages) and live mostly in the north-western highlands. In the south and southwest there are also groups with Omo (Omo peoples) and Nilo-Saharan languages. The state language is Amharic; English is used in business life and as a language of education.

The biggest cities in Ethiopia

Social: Ethiopia is one of the most populous countries in Africa. Due to strong growth, the population has more than doubled in 30 years despite the wars and famine.

The average population density (2017) is 95 residents / km 2. Despite government resettlement programs, the majority of the population lives in small villages in the Woina Dega. The country’s only metropolis, Addis Ababa, is also located here. Overall, only (2018) 21% of the population live in cities. Many Ethiopians have left their country and live abroad. On the other hand, according to the UNHCR, 1.97 million migrants were staying in Ethiopia at the end of 2017, of which 889 400 were registered refugees.

The constitution guarantees freedom of religion and follows the principle of the separation of state and religion. The dominant religions are Christianity (Christians predominantly of Ethiopian Orthodox denomination) and Islam (Sunnis from the Hanefi, Maliki and Shafiite schools of law). Traditional African religions are (still) assigned a maximum of 3% of the population.

Around 44% of the population belong to the Orthodox Ethiopian Church (state church until 1974), around 19% to Protestant churches (especially Lutherans, Pentecostals, Baptists), around 0.7% to the Catholic Church (including the Uniate Ethiopian Christians). The Protestant denominations are growing steadily; one of the largest among them is the Lutheran Mekane Yesus Church.

Since the legal equality of all religions after the overthrow of Emperor Haile Selassie (1974), Islam has been the strongest growing religion, whose mission is mainly carried by Sufi orders. Most of the followers of traditional African religions live in the south-west of the country.

Small groups of the so-called “black Jews” (Falascha) who once lived north of Lake Tana and in Addis Ababa are still scattered around in Ethiopia.

The considerable climatic differences within Ethiopia are primarily due to the altitude. Annual precipitation generally increases with altitude, but regardless of this, it has higher values ​​in the lower south of the mountains than in the north and east (below 600 mm, Godjam and Wollo more than 1,600 mm, Kaffahochland more than 2,000 mm). The precipitation falls mainly in the great rainy season (Keremt) in summer. Most of the Afar Basin and the south-east of the country are markedly dry.