There are 1 high school codes in Eritrea today, according to the ACT. The full list is shown below by city, with name of each high school and the city where the school is located (based on the ACT official site). You can search a school code by pressing “Ctrl” + “F” and then type school name or 6-digit school code. 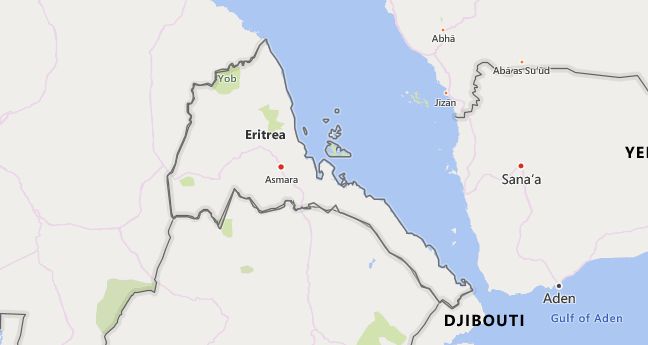 The above lists CEEB codes (College Entrance Examination Board) for all accredited Eritrea high schools. Please be informed that the list of high school codes in Eritrea may change throughout the year. If you can’t find codes for the high schools of your interest, please write to us or come back at a later time. We will update our database soon after a new high school code is added to the country of Eritrea.

Eritrea borders Djibouti to the southeast, Ethiopia to the south, and the Republic of Sudan to the west and northwest.

Eritrea stretches along the coral coast of the Red Sea and has a coastline of almost 1,000 km. The southern coastal plain belongs to the Afar Depression which is geologically particularly active in the area of ​​the East African rift system. Inland, behind the semi-desert coastal plain, in the north rise the Central Highlands (up to 1,800 m above sea level), which gradually descends from the foothills (up to 2,633 m above sea level) to the west, in the south the Danakil Mountains (in Ramlu up to 2 131 m above sea level), which have some volcanoes. The highest point is Mount Soira (3,018 m above sea level), the lowest is Lake Kullul in the north of the Afar Depression (75 m below sea level). Soil erosion is widespread as a result of intensive agricultural use and deforestation. The rivers that arise in the highlands (Setit, Gasch-Mereb, Barka, Anseba) only carry water temporarily. With its northern tip, the hot salt desert of the Afar Depression extends into Eritrea.

The population consists essentially of nine ethnic groups, which – similar to Ethiopia – are assigned to the Ethiosemitic, Cushitic and Nilo-Saharan language groups. The largest groups are the Tigray (50%), the majority of whom are settled farmers in the highlands, and the Tigre(30%), who mostly live as semi-nomads in the north and west of the country. The national minorities include the Bilen (Blin), Kunama, Nara, Saho, Afar, Beja (subgroup Hidareb) and the Arab group Rascha’ida on the coast. The unofficial “tenth ethnic group” is the heterogeneous group of the Tukrir (descendants of immigrants from West Africa, including Hausa). The southeast is inhabited by the Afar pastoral people (8%). Arabs (mostly Yemenis), Indians, Italians and Amhara from Ethiopia mostly live in cities. Overall, the proportion of the urban population is 24%. The largest urban centers are Asmara and Keren and the port cities of Assab and Massaua.

According to the UN Refugee Agency (UNHCR), 565,300 Eritreans were living in exile as refugees at the end of 2017.

Social: The standard of living of the population is very low as a result of the war and recurring periods of drought. Most of the people live in extreme poverty. Social and health services are poorly trained, and medical care is not guaranteed in large parts of the country.

The constitution guarantees freedom of religion; Religious communities are required to register with the state.

About 92% of Christians belong to the Eritrean Orthodox Church, about 6.5% to the Catholic Church of the Ethiopian Rite (Ethiopian Church  ), more than 1.5% to small Protestant communities (especially Lutherans, Pentecostals).

The Tigray are mostly Orthodox Christians (in the province of Hamasen also Protestants; in the province of Akkele-Guzay several ethnic groups are almost entirely Catholics); the majority of the Afar, Tigre and Saho are Sunni Muslims.