There are 23 high school codes in Costa Rica today, according to the ACT. The full list is shown below by city, with name of each high school and the city where the school is located (based on the ACT official site). You can search a school code by pressing “Ctrl” + “F” and then type school name or 6-digit school code. 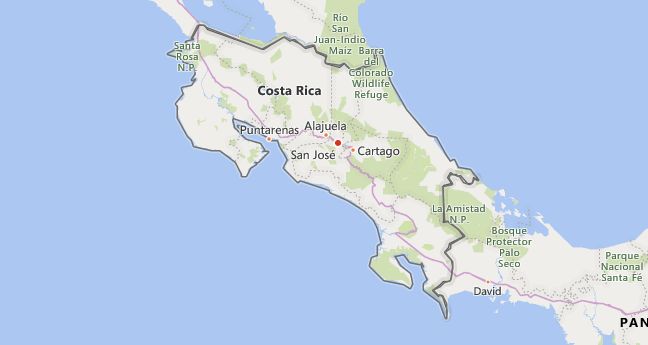 The above lists CEEB codes (College Entrance Examination Board) for all accredited Costa Rica high schools. Please be informed that the list of high school codes in Costa Rica may change throughout the year. If you can’t find codes for the high schools of your interest, please write to us or come back at a later time. We will update our database soon after a new high school code is added to the country of Costa Rica.

The highest court is the Supreme Court (Corte Suprema), which is composed of various chambers, including one for constitutional law. Its members are elected by parliament. The members of the lower courts are appointed by the Supreme Court. There are appeal, civil and criminal courts as well as courts with special jurisdiction, such as agricultural courts. The civil code of 1886 is French and Spanish. A new commercial code was enacted in 1964 and a new criminal code in 1970.

In 1869, Costa Rica was one of the first countries to offer education free of charge and to introduce compulsory schooling, which now applies to students aged 6 to 15. Pre-school education is compulsory and, like basic education, is offered free of charge to children up to 5 years of age. The six-year primary school is followed by the five-year two-cycle secondary school. The Abitur (Bachillerato) at the end of secondary school entitles you to study at a university. The high number of early school leavers remains problematic for the education system, especially in the secondary sector. In the tertiary sector there are, in addition to four state-run, numerous private higher education institutions; The oldest university is the Universidad de Costa Rica (founded in 1843) in San José.

In the 19th century, the costumbrismo (customs portrayal) determined the country’s literature, the most important representative of this direction being Magón (actually Manuel González Zeledón, * 1864, † 1936), who at the same time stood in the tradition of naturalism. With Carlos Gagini (* 1865, † 1925) the regionalist component became even more pronounced.

Luis Chaves Campos (* 1969) is also known to a reading audience in the United States, Spain and Germany. His collection of poems »La Foto – Das Foto« (2012) was published in German. He also writes novel-like chronicles (»Salvapantallas«, 2015), essays and stories.