There are 10 high school codes in Chile today, according to the ACT. The full list is shown below by city, with name of each high school and the city where the school is located (based on the ACT official site). You can search a school code by pressing “Ctrl” + “F” and then type school name or 6-digit school code. 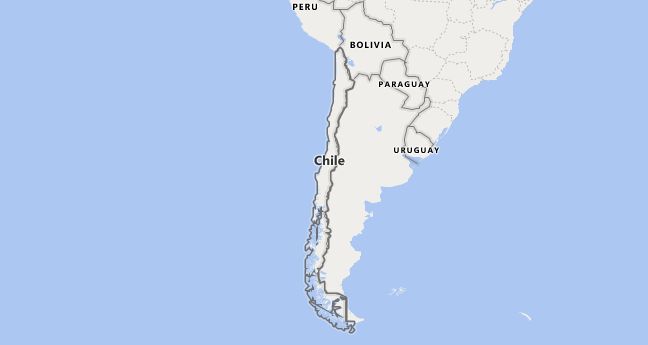 The above lists CEEB codes (College Entrance Examination Board) for all accredited Chile high schools. Please be informed that the list of high school codes in Chile may change throughout the year. If you can’t find codes for the high schools of your interest, please write to us or come back at a later time. We will update our database soon after a new high school code is added to the country of Chile.

The Chilean economy has been determined by mining since the 19th century (initially saltpeter, later copper). Increased industrialization efforts began after the global economic crisis (import substitution). Promotion of export-oriented agriculture did not begin until the mid-1970s. After the military coup (1973) under General A. Pinochet , the “Chilean road to socialism” was developed by S. Allende replaced by a neoliberal, monetarist economic model (reprivatisation with the exception of large mining and heavy industry companies, opening up to the world market and foreign capital, dismantling of the state sector). The strictly market-liberal restructuring was maintained despite the deep economic crises. Since 1985 the gross domestic product has grown (GDP) with relatively constant rates well above population growth (1990–2008: more than 5%) and after a slump in 2009 (- 1.5%) rose again to 4.2% (2013; 2015: 2.3 %). Inflation fell from (1973) 606% with fluctuations to (2015) 4.3%. However, the foreign debt could only be reduced slightly temporarily and amounts to (2015) US $ 155.7 billion. The gross domestic product (GDP) is 63.2% (2015) in the service sector, 32.9% in industry, mining and construction and 3.9% in agriculture, forestry and fishing. – Since 1996 Chile is part of the Mercosur Economic Community, since 2002 also associated with the EU, in 2004 a free trade agreement was signed with the USA (2005 also with China). In 2010 Chile became a member of the Organization for Economic Co-operation and Development (OECD), in 2016 Chile signed the Free Trade Agreement Trans-Pacific Partnership (TPP).

Foreign trade: Due to the lower world market price for copper, Chile had a negative foreign trade balance for the first time in 2012, but this has been balanced again since 2014 (import value 2015: US $ 63.0 billion; export value: US $ 63.4 billion). More than a third of the export proceeds come from the export of copper, copper ores and concentrates; other export products are fish, fruits, vegetables and molybdenum ore, paper pulp and wine. Imported are, among other things. Petroleum, machinery, vehicles and parts, chemicals and electronics. The main trading partners (2015) are China, the USA, Brazil and Argentina for imports, and China, the USA, Japan, South Korea and Brazil for exports.

Compared to other Latin American countries, agriculture is of little importance. Due to the climatic and topographical conditions, only 21% of the total area can be used for agriculture, the majority of which as permanent meadows and pastures. Arable farming (around 1.8 million hectares) is concentrated in central Chile and the Little South. After several agricultural reforms, a strong sector of medium-sized land holdings (20–80 ha) has emerged. The main crops are wheat, corn, potatoes, legumes, rice and, in recent years, fruit (especially apples, grapes and citrus fruits), vegetables and wine have been increasingly exported. The conditions for viticulture are cheap; Varieties of French origin (especially red wines) are preferably grown between 32 ° and 36 ° south latitude. The grape harvest reaches around 3 million t annually. The main focus of cattle breeding is cattle husbandry (especially in central Chile and the southern lake region). Sheep farming for the production of wool is mainly concentrated in Patagonia and Tierra del Fuego. The livestock industry cannot meet the demand for meat and dairy products.

Forestry: Forestry and the associated timber industry has developed into one of the most dynamic sectors of the Chilean economy. About 23% of the country’s area is forested (mainly pine and eucalyptus trees). While in the past mainly natural forests were cut down, today the wood comes mainly from forest plantations; a massive afforestation policy is being pursued. The main exports are cellulose, sawn timber and paper.

Fisheries: The abundance of fish in the Humboldt Current and a fishery protection zone stretching over 200 nautical miles favor fishing. The majority of the catch (around 2.8 million t per year) is further processed industrially. A growing industry is the production of farmed salmon in the fjords and inlets in the south of the country. After Norway, Chile is the second largest salmon producer in the world.