There are 12 high school codes in Bolivia today, according to the ACT. The full list is shown below by city, with name of each high school and the city where the school is located (based on the ACT official site). You can search a school code by pressing “Ctrl” + “F” and then type school name or 6-digit school code. 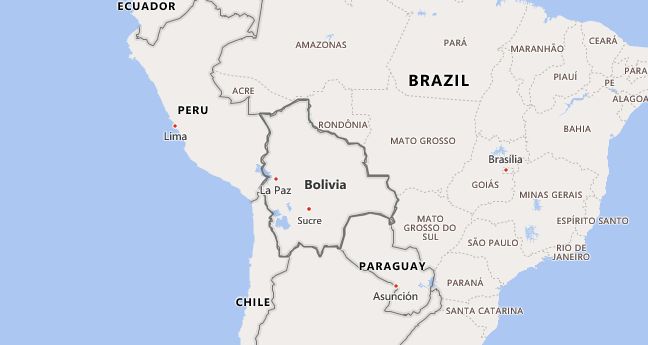 The above lists CEEB codes (College Entrance Examination Board) for all accredited Bolivia high schools. Please be informed that the list of high school codes in Bolivia may change throughout the year. If you can’t find codes for the high schools of your interest, please write to us or come back at a later time. We will update our database soon after a new high school code is added to the country of Bolivia.

Before the arrival of the Spaniards, today’s Bolivia largely belonged to the Inca Empire, which the Tiahuanaco culture that arose on the shores of Lake Titicaca (from about AD 400, Tiahuanaco ) as a result of its disintegration in the 10th – 12th centuries. Century (inter alia in the Aimara-speaking groups Colla and Charcas) had superimposed. In 1538 the Spaniard F. Pizarro and his followers conquered the highlands and founded the town of Villa La Plata (today Sucre) on the site of the Indian capital Choke-Chaca.

In 1559, the Spanish crown granted the region known as the “Real Audiencia de Charcas”, the region known as “Real Audiencia de Charcas”, extensive competencies in administration, law, politics, economics and the military. This belonged to the Viceroy of Peru until 1776, after which it was subordinated to the Viceroy of Buenos Aires. The exploitation of silver deposits, especially the Cerro Rico of Potosí, which was discovered in 1545, was decisive for the development of Upper Peru.

Potosí, which is 4,000 m above sea level, expanded in the 16th and 17th centuries into one of the largest urban settlements in America (1650: around 160,000 residents). Potosí not only supplied the mother country with silver, but also had a positive effect on the economic activities of the surrounding areas. Socio-economic discrimination against the mestizo as well as the social and economic oppression of the Indian majority led to unrest throughout the viceroyalty in the 18th century, of which the uprising of the Kaziken Túpac Amaru endangered the Spanish colonial rule the most.

The Real Audiencia de Charcas succeeded in breaking away from the Spanish motherland after almost 25 years of struggle only through the troops of S. Bolívar, whose general A. J. de Sucre inflicted the decisive defeat on the Spaniards in the battle of Ayacucho.

On August 6th, 1825 the independence of the »Audiencia de Charcas« was proclaimed and the new state was named »Bolívar« in honor of its liberator, changed to Bolivia a little later . Bolívar drew up a constitution that provided for a president for life with the right to name his successor. After Bolívar had left the country (1826) and Marshal Sucre took over the presidency, there were civil war-like conflicts, attempts to annex Peru and, in 1828, the overthrow of Sucres by the Peruvian general A. de Santa Cruz who took over the office of President (1829–39). During his tenure, far-reaching legislation was introduced, the first bank and two universities were founded, official relations began with France, England and the USA, and in 1836 Bolivia was forcibly united with Peru to form the Bolivian-Peruvian Confederation. However, through their intervention, Chile and Argentina forced the dissolution of the union and the ousting of Santa Cruz. In the following decades Bolivia was shaken by severe civil wars and sank into anarchy with more than 50 attempts or successful changes of power.