There are 10 high school codes in Bermuda today, according to the ACT. The full list is shown below by city, with name of each high school and the city where the school is located (based on the ACT official site). You can search a school code by pressing “Ctrl” + “F” and then type school name or 6-digit school code. 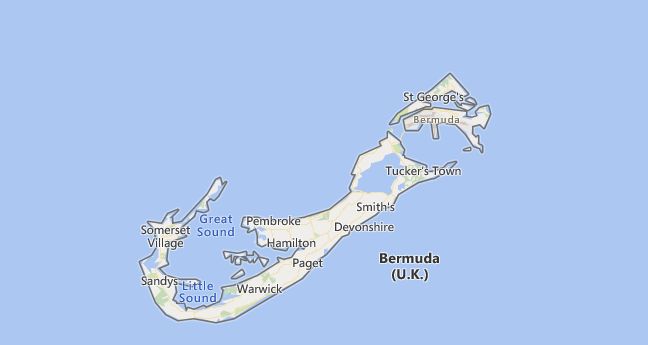 The above lists CEEB codes (College Entrance Examination Board) for all accredited Bermuda high schools. Please be informed that the list of high school codes in Bermuda may change throughout the year. If you can’t find codes for the high schools of your interest, please write to us or come back at a later time. We will update our database soon after a new high school code is added to the country of Bermuda.

Bermuda is a British territory located on a group of islands in the northwestern Atlantic Ocean. The capital is Hamilton. The official language is English.

The archipelago is replete with small sandy and coral islands, reefs and lagoons. The main income from tourism. The islands are visited annually by about 600 thousand people (90% from the USA).

The Bermuda Triangle is one of the most mysterious and deadly places on Earth.

The question of what is this triangle that swallows ships, planes and people with them is still waiting for its answer. Many ships and planes have disappeared and many disasters have occurred in the area between Bermuda, Puerto Rico and Miami, and many theories have come about in connection with this. Reversal of magnetic poles, giant rogue waves, human error, and conspiracy theories are all possible, but none of it has been proven. However, it is still one of the most popular tourist destinations in the world.

Bermuda is one of the most mysterious and beautiful places on the planet. Together with the Bahamas and the Antilles, Bermuda is part of the so-called Bermuda Triangle.

You are an extreme, a lover of thrills and dangerous recreation. You are dreaming of a vacation in one of the most dangerous places on the planet. Then you need to go to Bermuda or, as they are also called, the Devil’s Islands. These islands are located at a distance of 900 km from North America and are known throughout the world due to their bad reputation. There are rumors about the anomaly of this place, as too many ships and planes have crashed near the Bermuda Triangle.

Bermuda is made up of coral reefs that are very dangerous to passing ships. If you go down to the bottom of the ocean with scuba gear, you can see many sunken ships here. But nowadays these islands are a paradise for tourists and their visit is strictly regulated.