There are 11 high school codes in Belgium today, according to the ACT. The full list is shown below by city, with name of each high school and the city where the school is located (based on the ACT official site). You can search a school code by pressing “Ctrl” + “F” and then type school name or 6-digit school code. 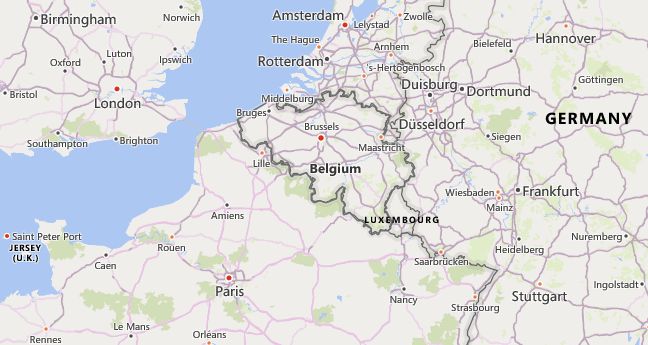 The above lists CEEB codes (College Entrance Examination Board) for all accredited Belgium high schools. Please be informed that the list of high school codes in Belgium may change throughout the year. If you can’t find codes for the high schools of your interest, please write to us or come back at a later time. We will update our database soon after a new high school code is added to the country of Belgium.

According to the constitution of February 7, 1831 (amended several times), Belgium is a constitutional monarchy with the right to birthright (primogeniture) in the male line, hereditary in the Saxon-Coburg family. In 1993, a constitutional amendment brought about the transition from the central to the federal state. The head of state and commander in chief of the armed forces is the king, Philippe since 2013. He appoints the members of the cabinet and the heads of government of the regions and formally has an absolute right of veto. Its powers were restricted in 1993 with the state reform. At the head of the Council of Ministers is the Prime Minister, who is appointed by the King but is responsible to Parliament. The legislature lies with the bicameral parliament, which can be convened, adjourned and dissolved by the king. It consists of the House of Representatives (Chambre des Représentants, Kamer van Volksvertegenwoordigers) and the Senate (Sénat, Senaat), which acts as a kind of regional chamber; both chambers have equal rights. The House of Representatives has 150 members elected for 4 years in the modified proportional representation system. There is compulsory voting (active and passive voting rights from the age of 18). Of the 60 members of the Senate, 50 are appointed by the communities and regions and 10 by the House of Representatives. The governments usually relied on coalitions made up of several parties from the Dutch and French language communities.

With the state reform of 1993, the powers of the central government were curtailed in favor of greater autonomy for the regions or communities. Since then, the Federal Cabinet has concentrated on classic state tasks such as foreign, security, defense, legal and financial policy. Responsibility for the other policy fields (cultural, health, social policy, spatial planning, environment, nature conservation, trade and science policy, right to conclude international agreements, etc.) and thus also around 40% of the budget went to the regions or regions in accordance with the principle of subsidiarity Communities that have directly elected parliaments and their own executive bodies (the governments are elected by the respective regional parliaments).

Belgium has been working closely with the neighboring countries of the Netherlands and Luxembourg (Benelux) for a long time. The country is one of the founding members of the European Union, the European Economic and Monetary Unionand NATO. Most of the EU and NATO bodies and institutions are based in Belgium.