There are 6 high school codes in Barbados today, according to the ACT. The full list is shown below by city, with name of each high school and the city where the school is located (based on the ACT official site). You can search a school code by pressing “Ctrl” + “F” and then type school name or 6-digit school code. 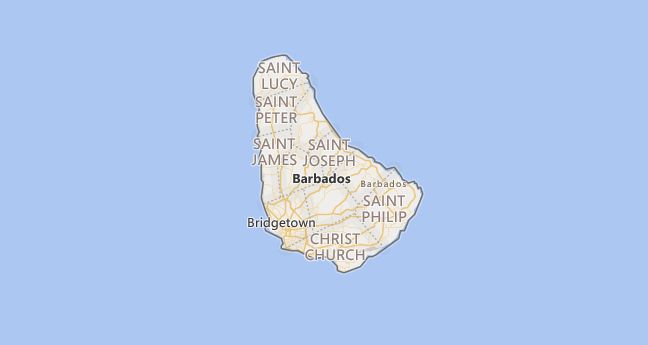 The above lists CEEB codes (College Entrance Examination Board) for all accredited Barbados high schools. Please be informed that the list of high school codes in Barbados may change throughout the year. If you can’t find codes for the high schools of your interest, please write to us or come back at a later time. We will update our database soon after a new high school code is added to the country of Barbados.

Barbados consists of a flat corrugated shield of tertiary limestone and marl, which rises to the northeast (Mount Hillaby: 340 m above sea level) and drops there with a steep coast. There are white sandy beaches to the south and west. The climate is tropical, with a rainy season from August to November (cyclones). The annual mean temperature is 26 ° C, the annual precipitation is between 1,250 mm and 1,750 mm.

With 664 residents / km 2, Barbados is one of the most densely populated islands in the Caribbean. The majority of the population lives on the sheltered west coast, especially in the metropolitan area of ​​the capital Bridgetown.

The total share of the urban population is 31%. The population consists of 92% blacks (descendants of the slaves who were once abducted from Africa). Minorities include whites (mostly British and Irish), mulattos, and Asian immigrants. In addition to English, a Caribbean-colored English, called Bajan, is spoken.

The constitution guarantees freedom of religion. Around 76% of the population are Christians: around 24% belong to the Anglican Church (ecclesiastical province of the West Indies, Diocese of Barbados; the seat of the bishop is Bridgetown), just under 4% to the Catholic Church (suffragan diocese of Bridgetown of the Archdiocese of Port of Spain), over 42 % Protestant churches and communities (especially Pentecostals [19.5%], Adventists [approx. 6%], Methodists [over 4%]). Other Christian faith groups together are over 5%. Rastafarians, Baha’is, Muslims, Hindus and Jews form small non-Christian religious minorities (around 3% of the population). 21% of the population cannot be assigned to any religion.