There are 19 high school codes in Bahrain today, according to the ACT. The full list is shown below by city, with name of each high school and the city where the school is located (based on the ACT official site). You can search a school code by pressing “Ctrl” + “F” and then type school name or 6-digit school code. 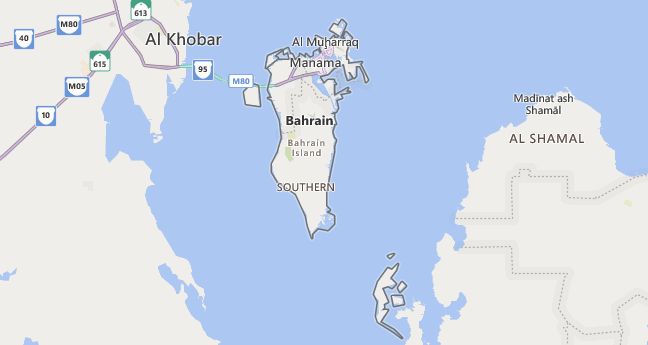 The above lists CEEB codes (College Entrance Examination Board) for all accredited Bahrain high schools. Please be informed that the list of high school codes in Bahrain may change throughout the year. If you can’t find codes for the high schools of your interest, please write to us or come back at a later time. We will update our database soon after a new high school code is added to the country of Bahrain.

Already a British protectorate, Bahrain has been a hereditary monarchy since 1971, the year in which it obtained – first among the Gulf States – independence. Having become a constitutional monarchy according to the Fundamental Charter approved in 2002, it provides for the exercise of powers to be concentrated in the figure of the sovereign (emir); the prime minister, by direct appointment, is assisted by a cabinet made up of 11 members. The legislative system is bicameral: the king is flanked by an advisory council, again nominated by the king, and by a Chamber of Deputies, made up of 40 members elected for a five-year term (on the occasion of the first elections, held after 27 years, in 2002, women were also able to exercise the right to vote and to nominate). The Constitution underwent a revision in 2012 and 2017. The judicial system in use in the country is based on Islamic law and common law British; there are three levels of judgment (the High Civil Court of Appeal, the State Security Court and the Court of Cassation). The death penalty is in effect. As for the military system, the armed forces present on the territory are the army, the air force, the navy and the national guard. Military service is voluntary. In Bahrain, education is free (the country was among other things the first, among the Persian Gulf states, to introduce it, along with other social protection measures such as health care) but not compulsory. Primary school lasts from 6 to 12 years, followed by an intermediate cycle lasting three years (from 12 to 14 years). Secondary school is also three-year (from 15 to 17 years old). Higher education is given in different institutions, Men’s Teacher Training College (1966), Women’s Training College (1967) and Gulf Technical College (1968). The universities present in the country are the University of Bahrain (1978) and the Arabian Gulf University (1988). Other higher education centers include the Center for Studies and Research, the Institute of Banking and Finance and the Baisan Institute of Hospitality Management, all based in the capital. The country’s illiteracy rate in 2016 was 5.1%.

Over the last forty years the population has quadrupled, registering, in the 2018 census, over 1,500,000 residents The growth rate is particularly high and the estimates made for the following years have shown an increasingly positive trend. The density is also very high (1,931.99 residents per km²), with settlements concentrated above all in urban centers, in particular in the capital Manama, on the island of Bahrain. The other main cities are Al Muharraq, Rifa’a, Sitra, Hamad, Jiddhafs and Mina Sulman, with prevailing commercial functions (Mina Sulman in particular is the main seaport of the country). The country is mainly inhabited by Arabs, but about a third of the residents are immigrants (especially from Pakistan and India) and make up almost half of the workforce, often subject to exploitation and abuse. There are also minorities of Indians, Persians and Pakistanis, who have settled here since ancient times, given the archipelago’s position on the routes to India. In addition, oil and financial activities have not failed to play a decisive role, also attracting Americans and Europeans of various nationalities.