There are 9 high school codes in Austria today, according to the ACT. The full list is shown below by city, with name of each high school and the city where the school is located (based on the ACT official site). You can search a school code by pressing “Ctrl” + “F” and then type school name or 6-digit school code. 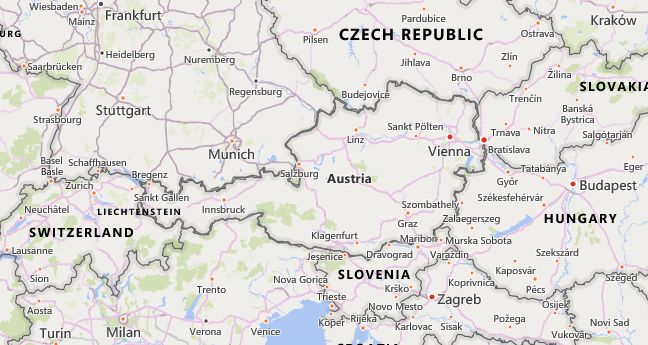 The above lists CEEB codes (College Entrance Examination Board) for all accredited Austrian high schools. Please be informed that the list of high school codes in Austria may change throughout the year. If you can’t find codes for the high schools of your interest, please write to us or come back at a later time. We will update our database soon after a new high school code is added to the country of Austria.

The Republic of Austria was founded in 1955 and is a parliamentary democracy. The parliament, elected by the people, decides on politics. Parliament has two chambers: the National Council and the Federal Council. Together they are responsible for legislation. A federal president is elected as head of state every six years. The head of state appoints the government. Alexander Van der Bellen has been the Austrian Federal President since the beginning of 2017. After the coalition broke upFrom the ÖVP and FPÖ, Austria elected a new National Council on September 29, 2019. Five parties managed to move in: ÖVP, SPÖ, FPÖ, NEOS and the Greens. In the country, young people aged 16 and over are allowed to vote.

In 1955, the country committed itself to neutrality by treaty. Among other things, it declared that it would not join any military alliances. In the run-up to EU accession (1995), the question of whether Austrian neutrality was compatible with this step played an important role.

Austria is a constitutional state. EU law and national Austrian law apply. The freedom of the press is guaranteed as a fundamental right in the Federal Constitution. There are numerous newspapers, television and radio stations.

Compulsory schooling begins at the age of 6 and lasts for nine years. The higher schools are completed with the Matura, which is comparable to the Abitur. It entitles you to study at a university. The country has a long tradition of higher education. The largest and oldest university in Austria is the University of Vienna.

Austria is one of the richest countries in the world and is characterized by a stable economy and low unemployment. It is a highly developed industrial nation. The industry is concentrated around the larger cities. Important branches are mechanical engineering and vehicle construction as well as the chemical, food and beverage, paper and electrical industries. The mining was severely limited due to lack of yield and high cost. The extraction of salt and the mining of iron ore and magnesite as well as the extraction of crude oil and natural gas are of importance. Tourism is an important source of income.

Agriculture and forestry play an important role. Almost a third of Austria’s land area is used for agriculture. However, the share of agriculture in the gross domestic product (GDP) is only 1.3%. In the mountains, mainly cattle and forestry are practiced, in the flat and hilly areas arable farming and, in some cases, livestock farming. The wine-growing regions are located in the east of the country.

A characteristic of the economy is the high share of renewable energies in energy use compared to the EU. Hydropower has the largest share in Austrian electricity generation (energy sources).

More than two thirds of all imports and exports are processed with the countries of the European Union. Due to its geographical location, Austria is also an important transit country. Cars and trucks cross the country on their way to Italy or Eastern Europe. The Brenner and Tauern routes are particularly hard hit by the volume of traffic. Kilometers of train and motorway tunnels run through the Alps. The Danube serves as a waterway for shipping. It is navigable in Austria along its entire length. The largest Austrian Danube ports are in Linz, Vienna, Krems and Enns. The largest airport in the country is located in Vienna.