There are 4 high school codes in Armenia today, according to the ACT. The full list is shown below by city, with name of each high school and the city where the school is located (based on the ACT official site). You can search a school code by pressing “Ctrl” + “F” and then type school name or 6-digit school code. 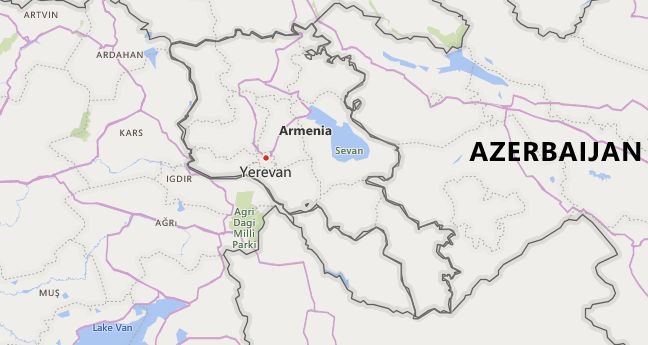 The above lists CEEB codes (College Entrance Examination Board) for all accredited Armenian high schools. Please be informed that the list of high school codes in Armenia may change throughout the year. If you can’t find codes for the high schools of your interest, please write to us or come back at a later time. We will update our database soon after a new high school code is added to the country of Armenia.

The national economy of Armenia is strongly characterized by agriculture. The first years of political independence after 1991 were marked by a severe economic crisis, a sharp decline in economic performance and a deterioration in the social situation. The Armenian economy has been on a consolidation course since the mid-1990s. With the economic transformation, the implementation of market-oriented reforms and the integration of Armenia into the world economy, the country is not only burdened by the after-effects of the Soviet-influenced planned economy, but also has to deal with the conflict-ridden geopolitical situation in the region (expenses for refugee welfare and defense, blockade measures Azerbaijan and Turkey, high transit fees in goods traffic through Georgia) and the geographical location (earthquake area) pose additional problems. This has been the case since 1998 Gross domestic product (GDP) grew to (1998–2015 between 3.0% and 14.0%), which was largely supported by investments by wealthy Armenians abroad. However, GDP did not return to the level of 1990 until 2004. The collapse of the export economy and the slump in remittances from migrant workers due to the international financial crisis only led Armenia into recession temporarily in 2009. The gross national income (GNI) per resident is (2017) US $ 4,000, the inflation rate 3.7%. The foreign debt reached (2015) 8.9 billion US $. According to official figures, the unemployment rate is 17.7%, but hidden unemployment is estimated to be much higher. The informal sector is very pronounced.

Foreign trade: The foreign trade balance has been in deficit for years (import value in 2015: US $ 3.3 billion, export value: US $ 1.5 billion). The main export goods are non-ferrous metals, diamonds, precious stones and jewelry, light industry products (textiles, food and luxury goods) and chemical products (especially synthetic rubber). The main imports are fuels, iron and steel, raw materials, products from the light and food industry and grain. The most important trading partners are Russia, China and Germany.

The agricultural economy is characterized by a very small-scale structure and generates 19.4% of GDP. Unfavorable natural spatial conditions allow agricultural use only on 59% of the land area, mainly as pasture land, only about 18% of the land area can be used for arable farming. The arable land is mainly in the Ararat plain around Yerevan and in some river valleys. A high-yield crop production is only possible through irrigation. Cotton, rice, tobacco, wine, fruit, sugar beets, geraniums and melons are grown up to altitudes of 900 m above sea level, and wheat, maize, potatoes and pulses are sometimes grown up to 2,300 m above sea level. Sheep and sometimes goat breeding is practiced on extensive mountain pastures.

Armenia has deposits of copper, molybdenum, nepheline, zinc, iron and manganese ores, gold, quartz, limestone, travertine and marble as well as tuff and pumice stone, and to a lesser extent also deposits of lignite. The ore deposits are located in a broad zone between Alaverdi in the north and Kapan in the southeast, in the Pambak and Sangesur Mountains and in the Sevan Mountains near the northeastern shore of Lake Sevan. About 400 mineral springs have their source in Armenia.

Armenia has no exploitable fossil fuels. The majority of electricity is generated by thermal power plants based on imported natural gas and oil, by the Sevan-Hrasdan hydropower plants and by the Mezamor nuclear power plant near Yerevan, which was shut down in connection with the devastating earthquake of 1988, but resumed in 1995 despite international safety concerns Network went.

Industry (including mining and construction) generates 28.7% of GDP. The most important industries are light (production of textiles, clothing, shoes), food and luxury goods (including wine and brandy production, processing of tropical fruits and vegetables, production of essential oils); Mechanical engineering, electrotechnical-electronic and chemical industries (including rubber, fertilizers, plastics) are also important. Non-ferrous metallurgy mainly produces copper, aluminum and molybdenum concentrates. A special branch of the economy is the processing of imported rough diamonds. The craft of jewelery and goldsmithing is traditionally highly developed. The main manufacturing centers are Yerevan, Vanadzor and Gyumri. The high pollutant emissions, especially from the chemical industry,

The mountain world, which is still largely untouched, and the numerous historical sites with their centuries-old monuments (in particular monuments of early Christianity, cathedrals and monasteries, three UNESCO World Heritage Sites) are good for the development of tourism (2014: 1.2 million foreign visitors) Requirements. Several health resorts have sprung up at mineral and thermal springs, the most important of which are Arsni (about 25 km north of Yerevan), Jermuk (in the southeast of Armenia), Dilizhan (in northern Armenia) and Ankawan (on the upper reaches of the Marmarik north of Yerevan). The once great tourist importance of Lake Sevan has declined sharply in recent years due to environmental damage (lowering of the lake level).

Due to the mountain relief, the construction of traffic routes is very difficult and expensive. Large parts of the highland areas are difficult to access. The transport network, which is most densely developed in the western part of the country, comprises 826 km of railway lines (the most important route is the Tbilisi – Yerevan – Baku railway) and around 7,800 km of roads, most of which are in need of modernization. The highways Tbilisi-Gyumri-Yerevan and Kazakh (Azerbaijan) -Sevan-Yerevan-Nakhichevan (Azerbaijan) -Tabriz (Iran) run through Armenia. Armenia has no navigable rivers. The international airport is located in Yerevan.