There are 2 high school codes in Antigua and Barbuda today, according to the ACT. The full list is shown below by city, with name of each high school and the city where the school is located (based on the ACT official site). You can search a school code by pressing “Ctrl” + “F” and then type school name or 6-digit school code.

Map of Antigua and Barbuda 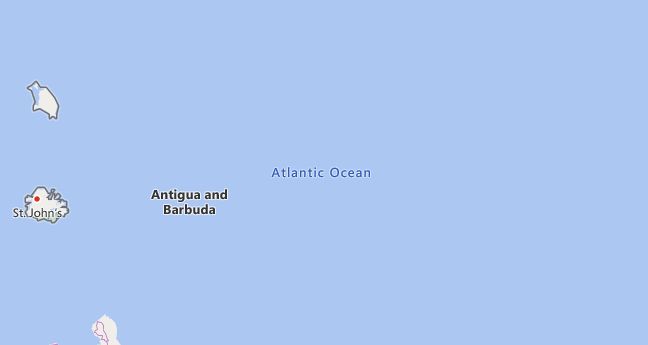 The island state consists of Antigua (280 km 2), Barbuda (160.5 km 2) and the rocky island of Redonda (1.6 km 2) rising steeply from the sea. The two main islands are made of coral limestone, flat and mostly karstified. Only in the southwest of Antigua does the deeply cut, volcanic mountainous region reach heights of 402 m above sea level (Mount Obama). The coasts are rich in bays, lined with numerous sandy beaches, some shimmering pink, and surrounded by coral reefs.

The national flag consists of red cloth, into which an isosceles triangle, divided horizontally three times, extends from the two upper corners to the center of the lower edge of the flag. The triangle point below is made in white, the middle trapezoid in blue and the upper trapezoid in black. From the blue center piece, a nine-ray golden sun rises in the black field.

The coat of arms from February 9, 1967 was retained after independence in 1981. In the black head of the shield it shows a rising golden sun, in the middle part three silver wavy bars on a blue background as a symbol for the sea surrounding the three islands; from the green base of the shield, the blue-silver middle part of the coat of arms is covered with a golden tower, which stands for the sugar cane presses. The deer as shield holders refer to the deer hunting enclosure on Barbuda and hold a sugar cane and a flowering agave. The upper coat of arms consists of a helmet, a blue-silver helmet cover, above a pineapple framed by red hibiscus flowers. The motto is: “Each endeavoring, all achieving”.

The national holiday on November 1st commemorates the achievement of independence in 1981.

The tropical climate is characterized by the northeast trade wind. All year round there are consistently high temperatures averaging 27 ° C. The precipitation (annual mean 1,200 mm) falls mainly in the rainy season from May to November; the remaining months are usually very dry. The islands lie within the hurricane-prone zone of the Caribbean; Cyclones mainly occur in the months of June to November.

The original flora on Antigua was largely destroyed. Only in the southwest are there remnants of deciduous and bush forests. On Barbuda there are large stands of trees on the coast with areas with mangroves. – Nature protection: Large parts of the island are now designated as a nature reserve and a refuge for many species of birds, lizards and turtles.