There are 2 high school codes in Angola today, according to the ACT. The full list is shown below by city, with name of each high school and the city where the school is located (based on the ACT official site). You can search a school code by pressing “Ctrl” + “F” and then type school name or 6-digit school code. 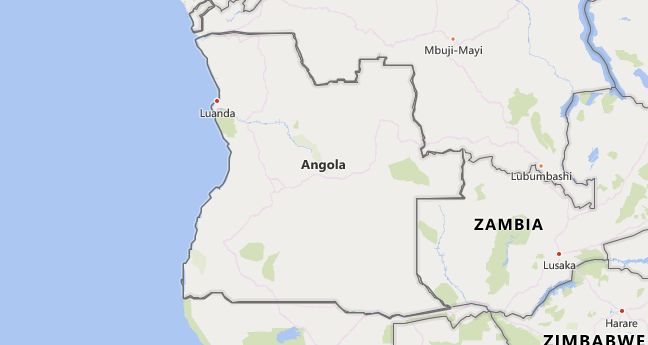 The above lists CEEB codes (College Entrance Examination Board) for all accredited Angola high schools. Please be informed that the list of high school codes in Angola may change throughout the year. If you can’t find codes for the high schools of your interest, please write to us or come back at a later time. We will update our database soon after a new high school code is added to the country of Angola.

Angola is located in the area of ​​the old crystalline hull area of ​​High Africa between the Congo and Cunene (Kunene) rivers. In the east it extends to the Cassai (Kasai) and the upper Zambezi and slowly descends in the southeast to the Okawango Basin. The plateaus of the interior (Planalto), which are over 1,000 m above sea level, are bounded in the west by the zone of the Sierras. The mountain threshold (in the Moco 2,620 m above sea level) falls in often steep erosion steps to the 30 to 100 km wide coastal edge, in whose steep coast (up to 40 m high) transverse valleys are deepened like a canyon. Since the rivers break through this threshold area in rapids and cataracts, not a single river is navigable to the coast. The Benguela Current, which moves northward off the coast, has built long spits from the surf material and the river deposits, in whose protection the best ports in the country lie.

Following the highlands, Cuanza and Cunene flow to the Atlantic (permanent rivers), Cuango and Cassai (Kasai) to the Congo. The Cubango (Okawango) only comes periodically to Lake Ngami, the Cuando to the Zambezi. Often the Lunda wave, which has heights between 1,100 m and 1,600 m above sea level, is used as a central watershed between the Congo and the Zambezi for the physical and geographical delimitation of all of southern Africa.

Angola has a predominantly tropical climate. However, the temperatures are tempered on the highlands by the altitude, in the coastal area by the cool Benguela Current. The precipitation falls in summer (November – April): in the north and along the steep steps about 1,500 mm, otherwise in the interior 1,000 mm annually; mostly less in the south and south-east. The coast is hot and humid in the north, with little rain in the central section (Luanda 405 mm, Lobito 230 mm annually), the south desert-like (Namibe 22 mm annually). The Planalto is characterized by savannah, which turns into dry forest (Miombowald) in the south and finally into the desert steppes of the Kalahari and the sandy desert of the Namib. More exuberant Rainforest covers the westward-facing mountain slopes as a narrow backdrop and accompanies the partly marshy river lowlands in the north, where mangrove thickets also cover the coastal lowlands.

The constitution guarantees religious freedom, follows the principle of the separation of state and religion on the basis of an expressly formulated secular understanding of the state, and guarantees religious activity within the framework of general state laws. The state is obliged to religious neutrality and parity.

According to the latest available estimates, a good 41% of the population belong to the Catholic Church (since 2011 five archbishoprics with 14 suffragan dioceses) and more than 38% are Protestants (especially Methodists, Baptists, Adventists). almost 9% follow other religions. The number of Muslims living in Angola is quantified very differently; Depending on the source, their estimated proportion of the population ranges between 0.5% and over 4%. Traditional African beliefs are v. a. still widespread among the rural population. Their followers often consider themselves to be part of a Christian denomination at the same time. The estimated rate of those who are not religiously bound is around 12%.