There are 8 high school codes in Albania today, according to the ACT. The full list is shown below, with name of each high school and the city where the school is located (based on the ACT official site). You can search a school code by pressing “Ctrl” + “F” and then type school name or 6-digit school code. 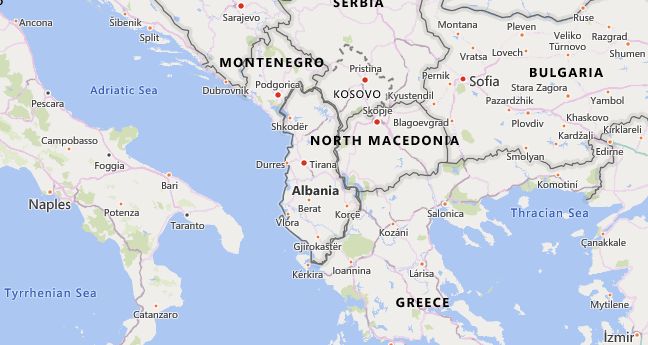 The above lists CEEB codes (College Entrance Examination Board) for all accredited Albanian high schools. Please be informed that the list of high school codes in Albania may change throughout the year. If you can’t find codes for the high schools of your interest, please write to us or come back at a later time. We will update our database soon after a new high school code is added to the country of Albania.

The population consists of around 83% Albanians. Minorities are Greeks who live mainly in the south of the country (Epirus), Slavs (Macedonians, Montenegrins), Rumeri (Aromanians) and Roma. During the 1990s, there were demographic shifts due to the poor economic and unstable political conditions due to massive emigration and internal migration. With an average of 105 residents / km 2 (2017), the population is concentrated in the hill country and in the central coastal lowlands, while the northern mountainous landscapes and the regions in the south of the country are only sparsely populated. As a result of the rural exodus, the proportion of the urban population (2017) is 59%. The largest cities are the capital Tirana and the port city Durrës as well as Elbasan, Shkodër, Vlorë and Korçë. It is estimated that 4–5 million Albanians live permanently – legally or illegally – abroad (mainly in Kosovo and North Macedonia, smaller groups in Montenegro, southern Serbia, Greece, southern Italy, the USA and Australia).

Social: The population’s standard of living is low. In terms of social and health services, the country has not yet recovered from the political upheaval.

The biggest cities in Albania

With its long coastline and beautiful beaches, its charming landscapes (Lake Ohrid and Prespa, Albanian Alps), its ancient ruins and medieval monuments as well as its favorable location to the travel markets, Albania has good conditions for tourism, which is due to the current disadvantages (insufficient infrastructure) has not yet been able to develop. State planning provides for three tourist development zones: the sea and coastal zone (especially the seaside resorts of Durrës, Vlorë, Shëngjin and the Albanian Riviera in the south), the inner zone with the historical sites (Tirana, Berat, Gjirokastër, Elbasan and Shkodër) and parts of the mountains for winter sports and recreational tourism.

Despite investments, the transport network is still underdeveloped. The construction of the single-track railway network (route length 346 km), which only began after 1945, only opens up parts of the country and connects industrial centers. Like the road network (around 18,000 km, 7,020 km of which is paved), it is in a desolate state. Before 1991, private car ownership was banned; during the 1990s there was a rapid increase in the still low level of car traffic (13.1 cars per 100 residents). Goods are mainly transported by truck. The most important ports are Durrës and Vlorë, the only international airport (“Mother Teresa”) is near Tirana.