Decided to take GRE exam? Now it is time to determine where to take the test.  This site provides a full list of GRE testing centers in Syria, among which, you can choose one that is nearest to you. Good news is that the following GRE test locations in Syria offer both GRE general test and the GRE subject tests. 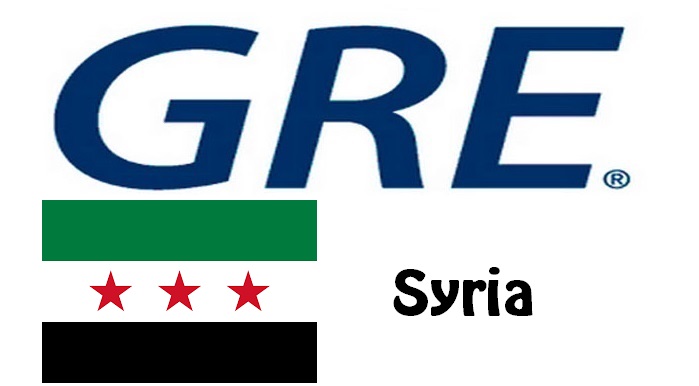 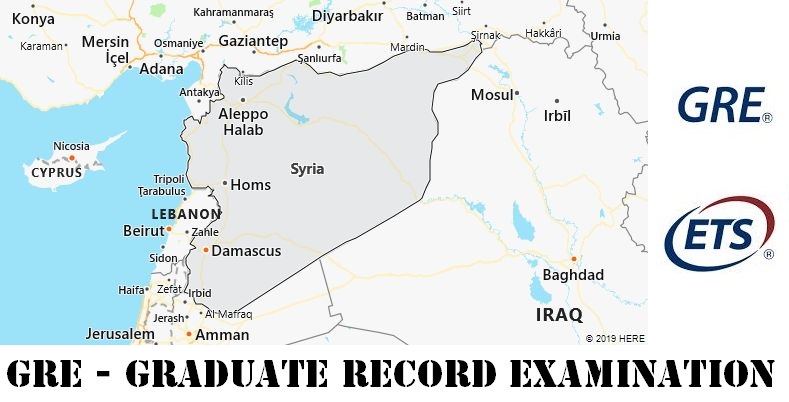 Syria is a transition area between the winter-humid Mediterranean region in the west and the continental dry regions in the east, the foothills of the inner-Arab deserts (Syrian desert). The western Syrian coastal and mountainous countries receive cyclonic precipitation in the winter months, partly as backwater and incline rain, so that arable farming is possible even in relatively dry years. A long-term average of almost 800 mm of rain (Latakia) falls on the coast and over 1,000 mm in the Alawiten Mountains. In the rain shadow of the western Syrian mountains, precipitation decreases rapidly (Damascus 260 mm, Homs 343 mm, Aleppo 360 mm) and sink to less than 200 mm in the continental hinterland (Palmyra 125 mm, Deir ez-Zor 150 mm). The foothills of the mountains in the north and northeast receive winter rains of 250 to 500 mm annually. The mean January temperatures decrease from the coast (Latakia 10.5 ° C) to the inland (Deir ez-Zor 7.1 ° C) and the July temperatures increase (Latakia 25.8 ° C, Deir ez-Zor 32.7 ° C); accordingly, the higher annual amplitudes (25 degrees Celsius) occur inland. Check sourcemakeup to see Syria As a Tourism Country.

The majority of the residents are Arabs (90%), there are also Kurds (6%), Armenians (2%; mainly in large cities), Circassians, Turkmens and others. Population groups in the country. Only very few, around 1% of the population, live as nomads (Bedouins). Rural exodus caused the urban population to increase sharply. In addition, skilled workers migrated to the oil states on the Persian Gulf. The Syrian civil war left until the end of 2018 some 13 million refugees, including 6.2 million internally displaced persons. Most of the refugees abroad lived in the neighboring countries of Turkey, Lebanon and Jordan.

More than 80% of the total population live in the western part of the country, which, with its more favorable natural conditions, is the focus of settlement and economic activity. The eastern parts of the country are hardly suitable for permanent settlements and are used by sheep farmers as a habitat. In the border area between arable farming and pasture land, an important series of towns was built at the intersection of caravan routes with Aleppo , Hama , Homs , Damascus and Dara.

The capital with the oasis-like irrigation areas of the Ghutas in the surrounding area is the administrative, political and cultural center. Aleppo is the largest city as an industrial and commercial center. In the Northeast and in the Euphrates valley could only Deir ez-Zor and Rakka develop into larger urban centers. Many cities suffered great destruction in the Syrian civil war.

The biggest cities in Syria

The constitution (Article 35) guarantees freedom of religion, but defines Islam as the religion of the President (Article 3). State and religion are separated by law. Islam is recognized by the state as an important basis for Arab identity. Because of the ongoing civil war (from 2011) and the resulting refugee movements, it is not possible to make reliable statements about religious affiliation and its distribution among religious groups. Before that, around 87% of the population had professed Islam: 74% were Sunnis (predominantly from the Shafiite school of law), around 12% Alawites (especially in the administrative district of Latakia), around 1% Shiites (Ismailis; especially in Salamija).

About 10% of the population were Christians. More than half of them belonged to the Greek Orthodox Church (Patriarchate of Antioch) and about a quarter to various Eastern Catholic Churches (Melkites, Maronites, Syrian Catholic Church, Armenian Catholic Church, Chaldean Church). The remainder belonged to the Syriac Orthodox (West Syrian) Church (“Jacobites”), the Assyrian (East Syrian) Church (“Nestorians”), the Armenian Church and small Protestant churches. The Apostolic Vicariate of Aleppo exists for the small number of Catholic Christians of the Latin rite.