Decided to take GRE exam? Now it is time to determine where to take the test.  This site provides a full list of GRE testing centers in Mongolia, among which, you can choose one that is nearest to you. Good news is that the following GRE test locations in Mongolia offer both GRE general test and the GRE subject tests. 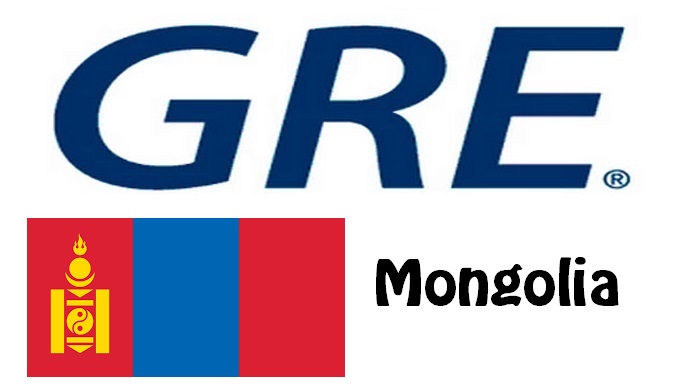 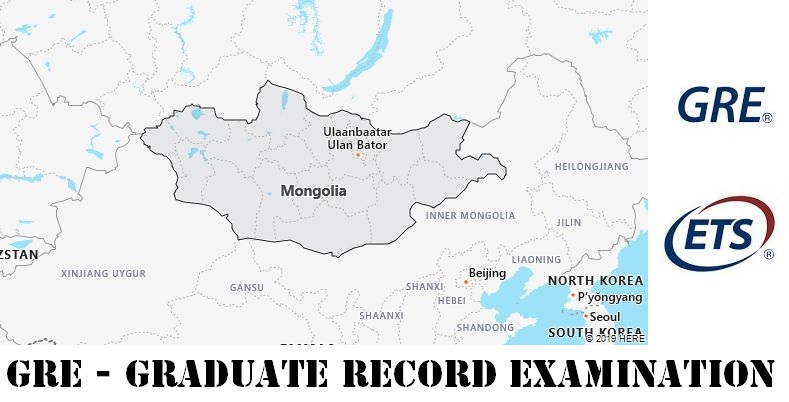 In the parliamentary elections on June 27, 2004, the MRVP suffered considerable losses; it won only 36 seats, 35 seats went to the opposition alliance Democratic Coalition of the Motherland (MDC). This agreed with the MRVP on the formation of a grand coalition, whereby it provided the prime minister with Tsakhyagiin Elbegdorj (* 1963) (election by parliament on August 20, 2004); Enkhbayar received the office of chairman of parliament. The government under Elbegdorjremained in place when, due to disputes within the MDC, the grand coalition broke up in early 2005 and the MRVP formed a new parliamentary majority with members of various political groups (especially the Democratic Party). Enkhbayar won the presidential elections on May 22, 2005 in the first ballot (he took office as President on June 24, 2005). The resignation of ten ministers belonging to the MRVP from the coalition cabinet on January 11, 2006 triggered protest demonstrations in Ulan Bator (including against the MRVP headquarters) and led to the replacement of the Elbegdorj government; On January 25, 2006, MRVP chairman Miyegombo Enkhbold (* 1964) was elected Prime Minister who formed a “government of national unity”.

After the ruling MRVP declared itself the winner one day after the parliamentary elections on June 29, 2008, which international election observers described as essentially free and fair, riots broke out in Ulan Bator, killing 5 people and over 300 were injured. The opposition had previously accused the ruling MRVP of manipulating the election. Thereupon President Enkhbayar declared a four-day state of emergency. On July 4, 2008, party representatives signed a declaration in which they advocated a peaceful settlement of the conflict. The two parties eventually formed a coalition government. Incumbent Enkhbayar lost the presidential election in May 2009against the candidate of the Democratic Party (DP), the former Prime Minister Elbegdorj. The office of Prime Minister took over on October 29, 2009 Sukhbaatar Batbold (* 1963). In 2010 the MRVP was renamed the Mongolian People’s Party. A group of renegade members re-registered the MRVP as a party in 2011. Enkhbayar became chairman. In the same year, Mongolia concluded a raw materials agreement with Germany. Check printerhall to see Mongolia Tour Plan.

In January 2012, the DP ministers announced their withdrawal from the government in view of the upcoming parliamentary elections. In these elections, on June 28, 2012, the DP was able to win 33 of the 76 parliamentary seats. The MVP had 27 mandates. The justice alliance formed by the newly registered parties MRVP and MNDP received 11 seats. DP chairman Norovyn Altankhuyag (* 1958) became the new head of government on August 10, 2012. He formed a coalition of DP, Justice Alliance and the grouping Mongolian Party of Civil Courage – Green Party. Prior to the formation of the government, N. Enkhbayar was sentenced to four years in prison for corruption. Incumbent Elbegdorjwas able to win the presidential election again on June 24, 2013. Following allegations of corruption, a majority of MPs voted on November 5, 2014 for the impeachment of Prime Minister Norovyn Altankhuyag. On November 21, 2014, the DP politician and previous minister Chimed Saikhanbileg (* 1969) became his successor. He formed a cabinet made up of the DP, MVP and the Justice Alliance. On August 6, 2015, the ministers of the MVP were dismissed from the government. The German President J. Gauck made a state visit to Mongolia in October 2015. The country’s economic situation deteriorated increasingly due to the fall in raw material prices.

The general dissatisfaction with government policy led to a landslide victory for the MVP in the parliamentary elections on June 29, 2016, which won 65 of the 76 seats. The DP only won 9 seats in parliament. The new head of government was Jargaltulga Erdenebat (* 1974) from the MVP on July 7, 2016. Since none of the applicants was able to collect the required absolute majority of votes in the presidential election on June 26, 2017, there was for the first time a run-off election for the office of head of state. On July 7, 2017, the entrepreneur Khaltmaa Battulga (* 1963), candidate of the opposition DP, prevailed against the MVP candidate and former head of government Miyegombo Enkhbold. Khaltmaa Battulgawas sworn in on July 10, 2017 in the presidency. Prime Minister Jargaltulga Erdenebat lost the support of his party after allegations of corruption. On September 7, 2017, 42 of the 73 MPs present voted in parliament for the removal of the head of government and his cabinet. Erdenebat’s successor was the MVP politician Ukhnaa Khurelsukh (* 1968) on October 4, 2017.