We have found 1 GMAT test centre in Senegal, located in Dakar. For specific test dates of 2019, please refer to the end of this page. 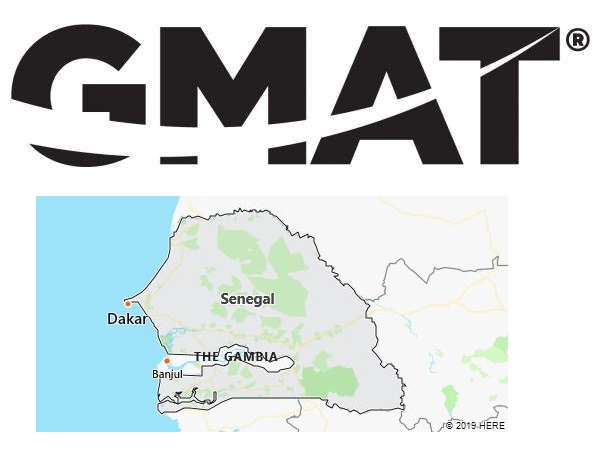 The International School of Management (ISM) is located 2 Rue des Ecrivains Point E, Dakar. The Administrative building that hosts the Pearson Vue Test Centre is 200 metres away from the National Swimming Pool (Piscine Olympique Nationale), Street 2 X Street of Tambacounda, 50 metres away from the Head Office of CMS, Credit Mutuel du Senegal. The Test Centre is located at the 2nd floor of the Administrative building.

Unlike some paper based exams, the GMAT is computer based. Therefore, there are no fixed test dates for GMAT. Wherever you are in Senegal, all test centers are open from Monday through Saturday throughout the year. Some even offer the exam every day of the year.  However, some test centers are not open on Sundays and national holidays. For example, most college-based test centers might be closed for extended periods around holidays. For precise testing dates in Senegal, please visit test-maker website – https://www.mba.com/.

According to the constitution approved by referendum on January 7, 2001 (last amended in 2016), Senegal is a presidential republic. The head of state, supreme holder of executive power, commander-in-chief of the armed forces and chairman of the National Security Council is the president, who is directly elected for 7 years (from 2019 for 5 years) (one-time re-election possible). He determines the guidelines of politics, appoints the prime minister and the other members of the cabinet, can dissolve parliament and has the right to initiate legislation. The representative body, the National Assembly, has 165 members who are elected for five years according to a mixed system of majority and proportional representation. The High Council of Local Authorities acts as the representation of the regions. It has 150 members, 80 of which are indirectly elected and 70 are appointed by the President of the Republic. The constitutional court established in 1992 is responsible for the control of norms.

The national flag is in the African colors and corresponds to the flag of the Mali Federation, which fell apart in 1960, without its emblem. The flag was introduced in 1959 and modified after independence in 1960. In design it corresponds to the French tricolor in the colors green, yellow, red, the center of the yellow stripe has a five-pointed green star.

The coat of arms, also in the African colors, was adopted in 1965. The shield is split into red and yellow and shows an upright, golden lion in the red half, a natural-colored carob tree in the yellow and a green wavy bar symbolizing the Senegal Current. A wreath of silver palm branches is wrapped around the shield, held together by a ribbon with the motto “Un peuple, un but, une foi” (One people, one goal, one belief). A five-pointed green star hovers at the apex of the wreath. The gem of the Senegalese national order hangs on a green ribbon under the sign.

The national holiday is April 4th. It commemorates the establishment of the Mali Federation in 1959.

The total strength of the conscription army (two years of service; selectively handled) is around 13,600, that of the paramilitary units (including the gendarmerie) around 5,000 men. The army, divided mainly into three armored battalions and six infantry battalions as well as other combat support units, has around 12,000 soldiers and around 800 each in the air force and navy.

Senegal is divided into 14 regions (each administered by an appointed governor and an elected regional assembly), which in turn are divided into 45 departments.

The legal system stems on the one hand from French colonial law, and on the other from traditional, increasingly Islamic customs, which vary regionally and are often observed in legal practice to a greater extent than state law. The constitution guarantees an independent judiciary. After independence (1960), many areas of law were re-codified in a unifying manner, in particular the civil and commercial code, land law and the penal code. Commercial and economic law is being harmonized between the French-speaking countries in Africa. In 2004 the death penalty was abolished. For family matters as well as smaller civil, commercial and criminal matters, the departmental courts are responsible in the first instance, for other matters regional courts, these also in general for administrative and tax matters.