We have found 1 GMAT test centres in Norway, located in Oslo. For specific test dates of 2019, please refer to the end of this page. 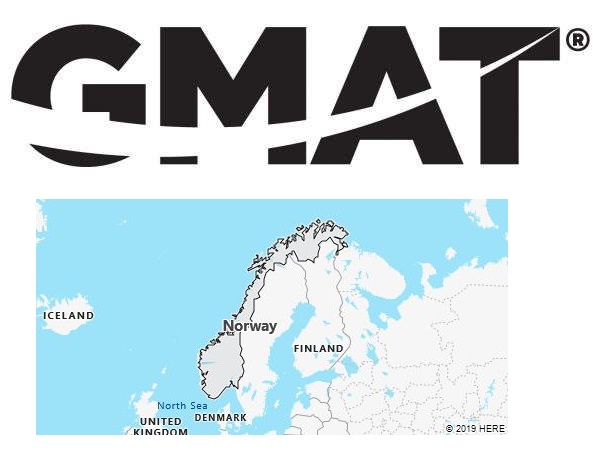 Unlike some paper based exams, the GMAT is computer based. Therefore, there are no fixed test dates for GMAT. Wherever you are in Norway, all test centers are open from Monday through Saturday throughout the year. Some even offer the exam every day of the year.  However, some test centers are not open on Sundays and national holidays. For example, most college-based test centers might be closed for extended periods around holidays. For precise testing dates in Norway, please visit test-maker website – https://www.mba.com/.

Norway is a monarchy in which the king or queen, Harald V (* 1937) since 1991, only has formal duties. The government, on the other hand, is exercised by the State Council chaired by the Prime Minister. Erna Solberg (* 1961) has been Prime Minister since 2013.

The cabinet is appointed by the monarch and is dependent on the confidence of parliament. The parliament (Storting) is responsible for the laws. Its 169 MPs are elected for four years by proportional representation. The institution of an ombudsman was created in 1963 based on the Swedish model. He is appointed by the Storting for four years and his task is to represent the rights of citizens against public violence. The government usually consists of several parties. The workers’ party, which is oriented towards social democracy, belongs to the left-wing camp, and the conservative party to the bourgeois camp. The right-wing populist progressive party wants to reduce taxes and immigration.

In terms of foreign policy, Norway gave up its neutrality and joined NATO in 1949. It does not belong to the European Union, but has been a member of the European Economic Area (EEA) since 1994 and joined the Schengen Agreement in 2001. Norway is one of the largest donor countries in the world when it comes to development aid. Norway has had close ties with the United States since World War II.

Norwegian law is closely related to that of the other Nordic countries. Same-sex couples have been able to enter into a “registered partnership” since 1993.

Freedom of the press has been guaranteed since 1814 (in Germany: 1919). There are many newspapers, television and radio stations in Norway.

Because of its high income from the oil sector, the country is economically stable. A large part of the proceeds from the state oil industry is invested as a reserve in a foreign fund, which is supposed to guarantee economic stability once the oil reserves are exhausted. The unemployment rate of 4.2% (2017) is low in Norway (Germany: 3.7%). The main exports are crude oil and natural gas, followed by metals, especially aluminum, then fish and fish products and machines. Norway has strong economic ties with the EU: 66.5% of imports come from EU countries, 70.6% of exports go there.

With 23,403 kWh per resident, Norway has the second highest electricity consumption in the world after Iceland. 95% of it is covered by environmentally friendly hydropower obtained from the sloping rivers. Because the state subsidizes emission-free e-mobility through taxes, every third newly registered car is an electric car.

As the importance of industry and agriculture continues to decline, the service sector is becoming more important. Around 77% of working Norwegians are employed there. The greater Oslo area is by far the most important service region. Because of its impressive natural beauty, Norway is popular with tourists. The fjords on the west coast and the north with the midnight sun and the North Cape are particularly attractive in summer. In winter, the winter sports centers are the main attractions.

A rapidly expanding branch of the economy is aquaculture. Today the country is a world leader in this field. In large net cages in the protected water of the fjords, salmon (84%) and rainbow trout (13%) are kept and fattened. Like the other products of the fish industry, they are mainly exported. Despite international protests, Norwegian fishermen continue to catch whales.