We have found 3 GMAT test centres in Nigeria, located in Abuja and Lagos. For specific test dates of 2019, please refer to the end of this page. 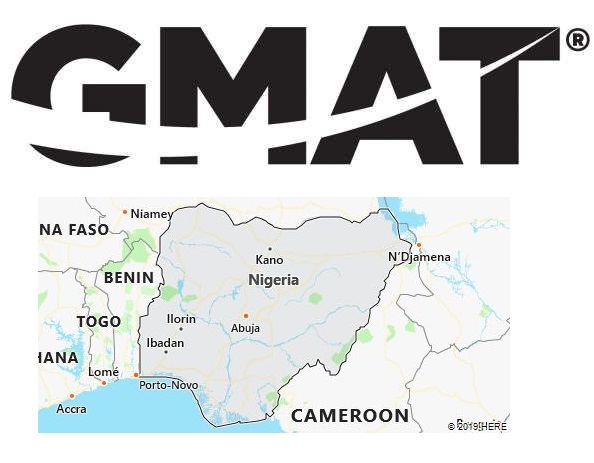 Directions to BELLAZ EDUCATION SERVICES — SURULERE
From National Stadium, get to Masha then drive to Ogunlana Drive. Take a bus to Obele/Ogunlana Junction traffic light, Then locate No. 63 ( Seeodee Business Hub building – beside VATICAN BELLS PHARMACY )

Take a cab or taxi to Wuse Market, and from Wuse market you will get another cab going to Amigo supermarket or H-Medix in Wuse 2. The UKEAS office is on the ground floor of the Osas & Oseji building just between H-Medix and UBA bank.

Unlike some paper based exams, the GMAT is computer based. Therefore, there are no fixed test dates for GMAT. Wherever you are in Nigeria, all test centers are open from Monday through Saturday throughout the year. Some even offer the exam every day of the year.  However, some test centers are not open on Sundays and national holidays. For example, most college-based test centers might be closed for extended periods around holidays. For precise testing dates in Nigeria, please visit test-maker website – https://www.mba.com/.

In pre-colonial times there were politically and culturally important kingdoms in the area of ​​what is now Nigeria. The Kanem Kingdom arose on Lake Chad in the 8th century and expanded westward to the Bornu Empire. From the 11th century, Islam invaded the region from the north. In the southwest, the Yoruba formed several small states whose religious and cultural center was the city of Ife. From the 16th century to the 19th century, European states on the Atlantic coast in Nigeria engaged in an intensive slave trade. This is how Christian proselytizing began in the coastal region. In the 19th century, Great Britain asserted itself as a colonial power and in 1914 established a uniform colonial administration for Nigeria.

Nigeria gained independence in 1960. In 1967 the secession of the eastern region as Biafra led to a bloody civil war. In 1970 Biafra finally had to give up its resistance and return to the Nigerian state association. Since the state was founded in 1960, the country has been under the rule of military dictatorships. The disputes between individual ethnic groups and the contradictions between the Islamic north and the Christian south have not let the country calm down. The attacks by the Islamist terrorist organization Boko Haram have made the situation even worse.

The great peoples of the Haussa, Yoruba and Ibo with their strong rivalry, as well as the Islamization of the north and the Christianization of the south, have had a strong influence on the cultural life of today’s Nigeria. Traditional roots emerge in various customs, songs and orally transmitted stories. Terracotta figures, bronze sculptures and elaborate wood carvings have been preserved from the old handicrafts.

Nigeria’s contemporary literature enjoys international recognition. In 1986 Wole Soyinka (* 1934 ) was awarded the Nobel Prize for Literature. Like Chinua Achebe (* 1930, † 2013 ), he is one of the politically committed authors. Flora Nwapa (* 1931, † 1993 ) is considered to be the founder of women’s literature in Nigeria. The most famous author for children and young people is Cyprian Ekwensi (* 1921, † 2007 ). He wrote the book “Der Wanderzauber” about the nomadic life of the Fulbe. Since the 1990s, the film industry in Nigeria has gained a prominent position. Over 1200 film productions a year have earned it the nickname »Nollywood«.

In addition to folk music with its traditional roots, modern pop music with an African character has developed, especially in the cities. Hip-hop and reggae are extremely popular. The musician Fela Kuti (* 1938, † 1993 ) is considered to be the founder of Afrobeat. Drums and electric guitars determine this style of music.

Football enjoys the greatest attention in sport. The women’s national team is one of the most successful on the African continent and has already reached the final of the Women’s World Cup several times. Other popular sports are boxing, rugby, and basketball. Check thedressexplorer to see Nigeria Shopping and Currency.