We have found 1 GMAT test centre in Jamaica, located in Kingston. For specific test dates of 2019, please refer to the end of this page. 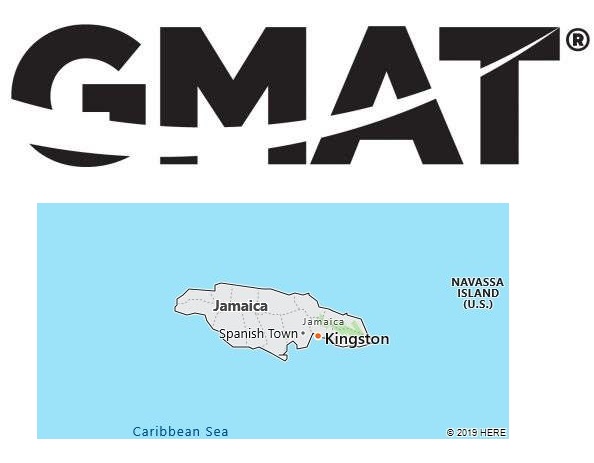 Upon arrival at the university feel free to ask a security guard for direction to the Sir Alister McIntyre building (the peach building) Mona School of Business.

Unlike some paper based exams, the GMAT is computer based. Therefore, there are no fixed test dates for GMAT. Wherever you are in Jamaica, all test centers are open from Monday through Saturday throughout the year. Some even offer the exam every day of the year.  However, some test centers are not open on Sundays and national holidays. For example, most college-based test centers might be closed for extended periods around holidays. For precise testing dates in Jamaica, please visit test-maker website – https://www.mba.com/.

According to the constitution of August 6, 1962 (amended several times), Jamaica is a parliamentary monarchy in the Commonwealth. The head of state is the British monarch, represented by a governor-general who is appointed by the monarch on the recommendation of the Jamaican Prime Minister. The legislature lies with the bicameral parliament, consisting of the Senate (21 appointed members; 13 are proposed by the Prime Minister, 8 by the opposition leaders) and the House of Representatives (63 members, elected for 5 years by majority vote). The highest executive body is the government, chaired by the Prime Minister appointed by the Governor General. The government is responsible to parliament.

The national flag was hoisted for the first time with independence on August 6, 1962. The flag is divided by a yellow diagonal cross: the two triangles above and below are green, those on the leech and the flying end are black. The black triangles are supposed to remind of the hardships of the past, the green ones indicate the vegetation. The yellow diagonal cross symbolizes the sun.

The coat of arms was awarded in 1662 and is the oldest British colonial coat of arms. It shows a red (Georgs) cross on the silver shield covered with five golden pineapple fruits as an indication of the most important national product. The upper coat of arms is a golden spangenhelm with a helmet cover in gold and ermine, on it a red-silver helmet bulge with a tree trunk above; on this a natural-colored crocodile heraldically turned to the right. Two Aruak Indians serve as shield holders. Heraldically on the right a woman carries a pineapple basket, on the left a man carries a war bow. The motto on the tape has been “Out of many, one people” since 1962.

Political life is determined by a de facto two-party system. The country’s two politically influential parties are the People’s National Party (PNP, founded in 1938) and the Jamaica Labor Party (JLP, founded in 1944), both of which emerged from the trade union movement.

There are 14 districts (parishes).

The total strength of the volunteer army is around 2,900 men. The army (two infantry battalions, each with an engineer and support battalion) consists of 2,500 soldiers, 240 of the air force and 190 of the coast guard.

The legal system is based on English law (common law). At the top of the court system is the Supreme Court; there is also a court of appeal, magistrate courts (district courts), two family courts and courts for minor offenses. In 2005, the Royal Privy Council in London was replaced by the Caribbean Court of Justice (CCJ), based in Port of Spain (Trinidad and Tobago), as the highest appeal body.

In addition to free public schools, there are a few private schools that are subject to a fee. There is a general eight-year compulsory schooling from the age of 7. After pre-school, which is attended by the majority of children, around 95% go to primary school for at least 6 years. The secondary level, which is divided into different school types, comprises grades 7 to 13. Building on this, there are a number of technical, vocational and teacher training (higher) schools. Kingston has the University of the West Indies (university status since 1962) and the University of Technology (university status since 1995).

The media landscape is diverse and can develop freely.

Press: appear in the capital among other things. the daily newspapers (each with a Sunday edition) “The Gleaner” (founded in 1834), the oldest newspaper in the Caribbean, the tabloid “Jamaica Star” (founded 1951) and “Jamaica Observer” (founded 1993).

Broadcasting: The public service Jamaica Broadcasting Corporation (JBC), founded in 1959, was privatized in 1997 and distributes programs as “Television Jamaica” (TVJ). In addition, »CVM Television« as well as some specialty and cable channels, e. B. »RE TV« and »Hype! TV «. In addition to “Radio Jamaica” (several stations, including “RJR 94 FM”) around 70 other, mostly commercial radio stations are received; “Love 101 FM” is a religious radio station.