We have found 1 GMAT test centre in Georgia, located in Tbilisi. For specific test dates of 2019, please refer to the end of this page. 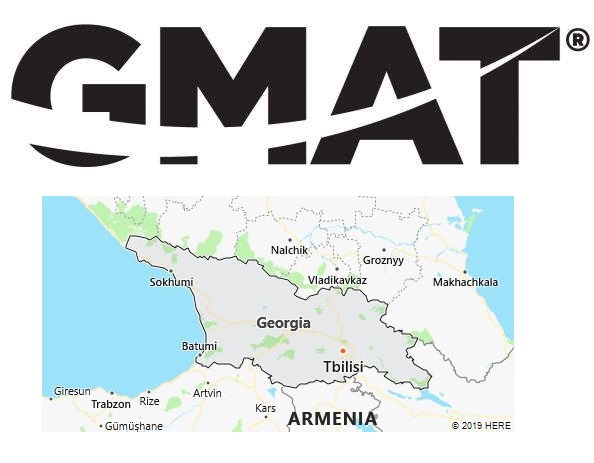 The testing center can be found in the following way:
Exact address is 10, Chovelidze str. (former Belinsky street). Located somewhere between state philarmonic and metro station “Rustaveli”. From the side of philarmony down to Rustaveli station there is the very first turn to the opposite side (right side of Kostava Avenue), in about 100 metres there is Open Society Georgia Foundation (Soros Foundation) building (Yellow one) on the left. The entrance is from the left side of the building – second floor, sign indicates the location for the Center for International Education.
Tel: (+99532) 225 26 15

Unlike some paper based exams, the GMAT is computer based. Therefore, there are no fixed test dates for GMAT. Wherever you are in Georgia, all test centers are open from Monday through Saturday throughout the year. Some even offer the exam every day of the year.  However, some test centers are not open on Sundays and national holidays. For example, most college-based test centers might be closed for extended periods around holidays. For precise testing dates in Georgia, please visit test-maker website – https://www.mba.com/.

On the basis of the constitution of October 17, 1995, Georgia has been a semi-presidential republic since the constitutional reform that came into force on November 17, 2013. The head of state and commander in chief of the armed forces is the president. He is directly elected for 5 years (one-time re-election possible). If none of the candidates achieved an absolute majority of the votes cast in the first ballot with a turnout of at least 50%, a runoff between the two most successful applicants is required in the second ballot. The President appoints the members of the National Security Council. The prime minister elected by parliament determines the policy guidelines and selects the members of his cabinet. The legislative power lies with the unicameral parliament (Supreme Council with a legislative period of 4 years), Of its 150 MPs, 77 are to be elected according to the system of proportional representation with nationwide lists (threshold clause of 5%) and 73 according to the system of majority voting in individual constituencies. The constitution provides for a second parliamentary chamber to represent the various territorial units for the period after the territorial integrity of Georgia has been restored. Limited autonomy for Abkhazia, Ajaria and South Ossetia is envisaged.

The national flag shows a white flag cloth that is evenly divided by a straight red cross. In each of the four fields there is a red cross with paws in the middle.

The crowned coat of arms shows in a red shield the patron saint of Georgia, Saint George in silver, as he kills the dragon riding heraldically to the right. The shield is held by two golden lions; under the coat of arms in Georgian script the motto “Strength lies in unity”.

The national holiday on May 26th commemorates the declaration of the first independence in 1918. Check a2zcamerablog to see Georgia Tour Plan.

Since the introduction of the multi-party system in 1990, a heavily fragmented party landscape, characterized by divisions, mergers and block formations, has emerged. Dominant parties and movements are the Georgian Dream Alliance (created through the merger of several groups under the leadership of the »Georgian Dream – Democratic Georgia [QO-DS]” party in the run-up to the 2012 elections). the United National Movement (ENM; created in 2004 through the merger of the National Movement and United Democrats) and the right-wing populist, pro-Russian Alliance of Patriots of Georgia (PAG; founded in 2012).

The total strength of the conscription army (service period 18 months) is (2014) 20,700 men. The army (around 17,800 soldiers) is divided into five infantry brigades, two artillery brigades, the National Guard brigade, two marine battalions and other support and special units. The Air Force has 1,300 men. The Navy was merged with the Coast Guard and is under the Border Guard.

Georgia is administratively divided into 9 regions (Georgian mcharebi, singular mchare) and the capital Tbilisi. The autonomous republics of Abkhazia and Ajaria also belong to the national territory. The autonomy status of South Ossetia was formally revoked by Georgia in 1990. Abkhazia and South Ossetia have unilaterally declared themselves independent and are outside the control of the central government. In other regions too (Svaneti, Mingrelia, Javakheti) there are strong tendencies towards administrative self-organization outside central government institutions.