We have found 1 GMAT test centre in Finland, located in Espoo. For specific test dates of 2019, please refer to the end of this page. 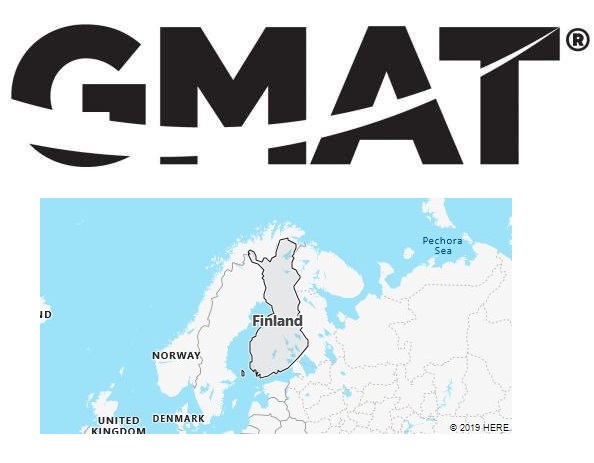 Unlike some paper based exams, the GMAT is computer based. Therefore, there are no fixed test dates for GMAT. Wherever you are in Finland, all test centers are open from Monday through Saturday throughout the year. Some even offer the exam every day of the year.  However, some test centers are not open on Sundays and national holidays. For example, most college-based test centers might be closed for extended periods around holidays. For precise testing dates in Finland, please visit test-maker website – https://www.mba.com/.

According to the constitution of June 4, 1999 (in force since March 1, 2000) Finland is a parliamentary republic. The head of state is the president, who is directly elected for 6 years (one-time re-election possible). With the new constitution, the previously unlimited term of office of the president was restricted and his powers (above all the authority to issue directives in foreign policy) were curtailed in favor of parliament and government. The President is the Commander-in-Chief of the Armed Forces, appoints the judges of the Supreme Court and exercises the right to pardon. Carrier of the legislative is the Reichstag (Eduskunta or Riksdag), a unicameral parliament whose 200 members are elected for 4 years according to proportional representation. Active and passive voting rights begin at the age of 18 (women’s right to vote since 1906). The laws passed by Parliament are to be forwarded to the President, who puts them into effect with his signature. The executive power lies with the government (Council of State) under the chairmanship of the Prime Minister elected by Parliament; the ministers are appointed by the president in agreement with the prime minister. An ombudsman elected by Parliament and the Chancellor of Justice appointed by the President ensure that the authorities comply with the law.

The national flag, designed in 1860, is a white cloth with a blue Scandinavian cross. Blue stands for the color of the Finnish lakes and the sky, while white is reminiscent of the snow-covered landscape in winter. After independence, the flag was officially introduced in 1920; as the state flag, it also bears the coat of arms. – The coat of arms from the 16th century goes back to a template on the tomb of King Gustav I Wasa of Sweden in Uppsala Cathedral. It shows in a red field sprinkled with nine silver roses (symbol for the traditional Finnish provinces) a gold crowned lion (probably from the lion coat of arms of the Swedish Folk dynasty), who kicks down a Russian-Tartar curved sword with his hind legs and with his right front paw (shown as an armored human arm) holds a straight “European” sword.