We have found 1 GMAT test centre in El Salvador, located in San Salvador. For specific test dates of 2019, please refer to the end of this page. 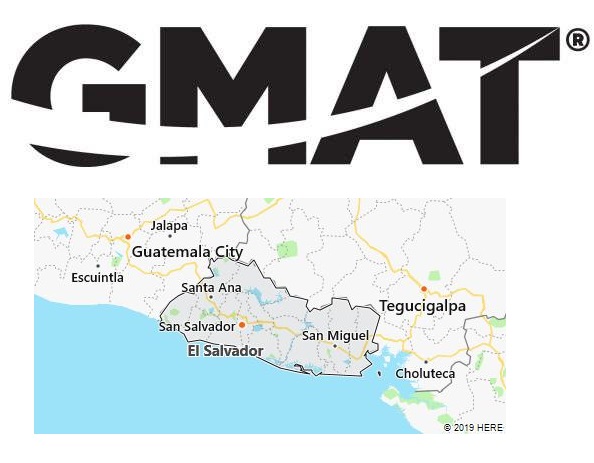 Unlike some paper based exams, the GMAT is computer based. Therefore, there are no fixed test dates for GMAT. Wherever you are in El Salvador, all test centers are open from Monday through Saturday throughout the year. Some even offer the exam every day of the year.  However, some test centers are not open on Sundays and national holidays. For example, most college-based test centers might be closed for extended periods around holidays. For precise testing dates in El Salvador, please visit test-maker website – https://www.mba.com/.

The economy has long suffered from the aftermath of the 1979–92 civil war. In addition, the country is repeatedly hit by earthquakes and drought disasters.

Agriculture employs almost a fifth of the workforce. However, the contribution to GDP and also the export share is falling sharply. While coffee alone accounted for 24.5% of the export value in 1992, it was only 2.1% in 2014. Other export products are sugar, cotton, and ornamental and cut flowers. The main food crops are rice, corn, millet and beans. The unequal ownership structures and the insecure tenancy agreements of the smallholders are still problematic. The agricultural reforms have so far not led to a long-term stable improvement in the situation.

Along with Guatemala, El Salvador is the most industrially developed country in Central America. 21% of all economically active persons (2014) are employed in the manufacturing industry, including construction. In addition to the food and luxury goods industry (e.g. coffee powder, sugar, cheese, butter, beverages), the processing industry (maquila) has become increasingly important, especially in textile processing.

After the civil war and reconstruction, tourism still plays a comparatively minor role. In 2018 there were 1.68 million overnight guests. In addition to the capital and the evidence of Mayan culture, the main attractions are the beaches of the Pacific and the mountainous landscapes with their rainforests and active volcanoes.

El Salvador has the best-developed transport network in Central America. The two main routes of the 9,000 km long road network (3,671 km of which are unpaved) are the east-west connections Carretera Interamericana and the parallel coastal road La Litoral on the Pacific Ocean. All important places are connected to the two main routes by feeder roads. The railway network is almost meaningless with a length of only about 25 km. The most important seaport, where 80% of all seaworthy goods are turned over, is Acajutla. International air traffic is handled via Comalapa airport, southeast of the capital San Salvador. Check watchtutorials to see America Continent Overview.

The area of ​​today’s El Salvador, which was populated by indigenous peoples in pre-Hispanic times, was conquered by Spanish conquistadors in 1524/25 and, after the suppression of several indigenous uprisings, became part of the General Capitanate of Guatemala in 1542. El Salvador separated from Spain on September 15, 1821.

The so-called football war with Honduras resulted in several thousand deaths in July 1969. The occasion was a soccer game between the two countries. The causes, however, lay in the strong social tensions in Honduras. Unemployed people from the densely populated El Salvador had emigrated there, some of whom had been deported since April.

After the military coup in 1979, there was a civil war between government troops, left-wing and right-wing radical groups, which was only ended with a peace treaty in 1992. The former guerrilla movement FMLN is now represented in parliament and won the presidential elections for the first time in 2009.

After the civil war, the repatriation of Salvadoran migrants from the USA led to a sharp increase in violent crime by the armed, mafia-like youth gangs of the »Maras«, whose members were among the returnees. In the 1980s and 1990s, young people from Central America in Los Angeles, modeled on American street gangs, came together in the maras.

On February 3, 2019, the conservative Nayib Bukele (* 1981) was elected the country’s youngest president to date with 53.1% of the vote. The country’s main problems are rampant corruption and a high murder rate.