Military coup and end of the First Republic in 1966 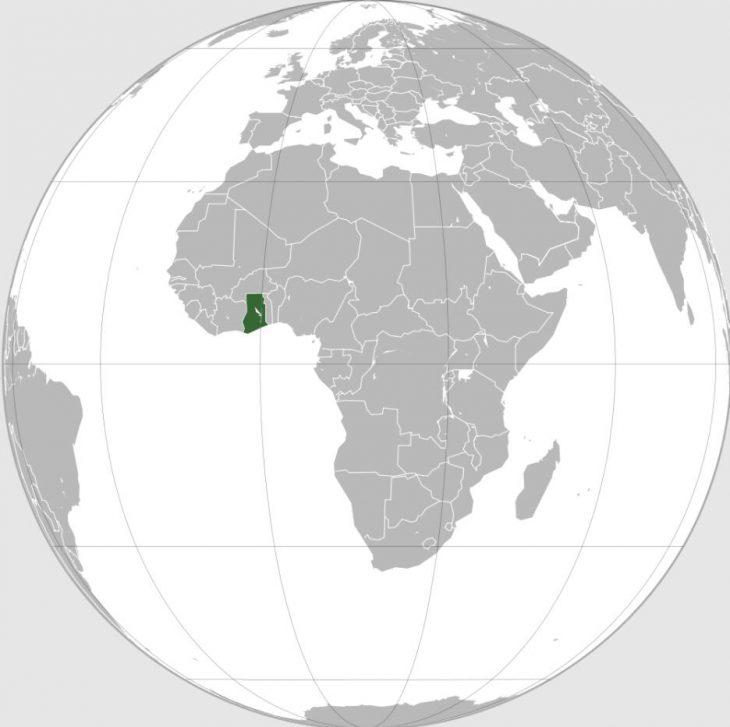 Location of Ghana in West Africa

A multi-party parliamentary system approved by the junta brought Kofi Busia, one of Nkrumah’s worst adversaries in the struggle for independence, and his Progressive Party to power in October 1969. The following year, an electoral body elected Edward Akufo-Addo as unpowered president. The attempt of the elected government of BusiaTo meet the high expectations of the population with a targeted growth policy failed right from the start. Because this policy was closely linked to the liberalization of imports and quickly resulted in an economic crisis. A shock devaluation ordered by the IMF at the end of December 1971 completely discredited the government, which has meanwhile become unpopular with all social groups. And the military took advantage of this situation in January 1972 and took power again when Prime Minister Busia was abroad.

The military under Acheampong and Akuffo are trying to regain power

The military regime under Ignatius Acheampong, initially as the ‘National Redemption Council’ and two years later as the ‘Supreme Military Council’, finally transformed Ghana into an institutionalized kleptocracy. A small clique of high military personnel and part of the merchant caste unrestrainedly exploited the country at the expense of all other social classes and ultimately led the economy to ruin.

The palace revolt of July 1978 brought General Frederick Akuffo, an accomplice of the overthrown Acheampong, to power. Akuffo tried in vain to stop the economic decline with a tough IMF structural adjustment program and at the same time initiate a return to an elected civilian government in order to forestall a coup of young officers. Living conditions, particularly of the lower classes, continued to deteriorate and the junta faced a storm of protest unprecedented in Ghanaian history. They declared a state of emergency and found it difficult to regain control of the country. The Rawlings putsch on June 4, 1979 made the upcoming stabilization program obsolete.

The Interregnum under Jerry John Rawlings and the III. Republic under Limann (1979-81)

On May 15, Captain Rawlings had tried in vain to overthrow the regime by force. He was arrested and tried. He was threatened with the death penalty, but was released from prison on June 4th by like-minded people. This June 4th marked the uprising of the men and the lower and middle officer corps in particular against the kleptocracy. Because the machinations of the senior officers and the generals had discredited the whole army, and when Akuffo merely banished the hated Acheampong to his hometown instead of bringing him to justice, the displeasure increased to anger.

The coup plotters and the ‘Armed Forces Revolutionary Council’ (AFRC) founded by Rawlings were not aiming for a takeover, but for the ‘big cleaning’, the ‘house cleaning’, which should be finished within a few months, and the return to an elected one Government. As junta chief, Akuffo had set June 18 as the date for the parliamentary and presidential elections, and the elections took place on that date as planned. Limann’s People’s National Party (PNP), which saw itself as the heir to the Nkrumah party CPP, became the strongest faction. Hilla Limann became president a month later after a runoff election against Victor Owosu, and the elected government took office on September 24, 1979.

Between the Rawlings coup and the inauguration, all the AFRC’s actions were enthusiastically applauded and celebrated by the urban masses. This applied both to the secret rapid proceedings against Acheampong, Akuffo, Afrifa, Utuka and some other high-ranking officers, as well as to the unconventional punishments of market women and traders who were beaten and humiliated. The hair of lower officers was shaved as punishment. The senior officers ended up facing firing squads less than two weeks after the coup, and business people accused of illegal practices received long prison terms and lost their property.

Even if the reintroduction of price controls by the AFRC was very popular, and the junta pushed through this measure with all due severity, considerable supply problems developed. However, the AFRC blamed dealers, middlemen and Nigeria. For example, the Nigerian military junta, which was about to hand over power to an elected government, imposed an oil embargo on Ghana after the executions. However contradicting the socio-economic situation, Rawlings and the average Ghanaian agreed on one thing: there was too little righteousness, and the country’s decline was largely a moral problem. Rawlings seemed to be tackling this problem with an iron hand, and the masses thanked him for it.

The 1979 Rawlings embodied the classic tribune of the people, who faced the people even under the most adverse circumstances. The images that show the young pilot in the midst of the expectant crowd in the sweltering heat in a jeep, instead of standing on the shady stage and from there to argue about the dignity that the Ghanaians have lost, will remain unforgettable. At the same time, these images and Rawlings’ approach are reminiscent of Don Quixote, who tries to override chains of economic effects by means of demonstrative punishment and moral persuasiveness. Once corruption has been eradicated, according to the tribune, everything will be fine. Nothing turned out well, on the contrary. Because the anti-corruption campaign exacerbated the economic problems. But the interregnum was too short to see this and Rawlings remained the idol of the masses. On the other hand, the foreign policy implications were devastating. International donors and investors, on whom Ghana was more dependent than ever at the time, had lost all trust in this country.

Under these circumstances the III. Republic and the Limann government largely lost. In a short time kleptocratic forces took over the state again and squeezed out the last of the resources, knowing full well that it was only a matter of time before Rawlings would return.