The health of the Ghanaian population has improved noticeably since the 1980’s. During this period, the health index in the Human Development Report rose from 0.522 to 0.703. Life expectancy at birth rose to almost 64 years by 2016. According to the WHO, the death rate of 250 per 1,000 for men and 217 for women is well below the regional average, but still well above the global average of 190 for men and 129 for women. There has been slight progress in maternal mortality and in the fight against tuberculosis there has been considerable success compared to the entire West African region, which has three times the number of cases. This slightly positive trend is based on government spending of more than four percent of GDP for the health sector, but also on private initiatives, mostly from Western countries and church and Islamic organizations from home and abroad. For example, the German Rotary Volunteer Doctors (GRVD) support a screening program for cervical cancer in Ghana. Breast cancer is more widespread in the country, but the mortality rate from cervical cancer is significantly higher, as can be seen from the prevalence of HPV infection of more than 10%. An essential part of the screening program consists in the practical training and advanced training of Ghanaian doctors in cytology, especially in colposcopy for early cancer detection. The prevalence of AIDS, on the other hand, is less than two percent, a value that both the government and international organizations chalk up as a success in the fight against AIDS.

There are only a few medical schools in Ghana. Every year around 250 Ghanaians complete their medical studies. Although the country basically has sufficient capacities to train doctors, nurses, nurses and other medical personnel, there is still a structural shortage. Because Ghana also suffers from the ‘brain drain’ of qualified personnel. This problem is at least partially compensated for by foreign doctors from Asia and Cuba. The work of the German Rotary Volunteer Doctors also alleviates the ‘brain drain’ at least a little.

The spread of the Ebola virus has been curbed in the West African region. In the formerly hardest hit areas of Guinea, Liberia and Sierra Leone, where the highly contagious disease broke out in March 2014, isolated cases are still appearing. The region’s health ministers agree that the epidemic, which has reached unprecedented proportions, can only be combated through preventive measures for future outbreaks of this highly infectious disease. In the fight against the virus, only cross-border cooperation between states within ECOWAS would be successful. But that would require closer political and institutional cooperation than before. Nor is Ebolanot completely under control everywhere, even if Ghana has been spared so far. Isolated cases in other African countries such as the Democratic Republic of the Congo in 2018 prompted the Ghanaian government to warn the Ghanaian public again of the dangers of this disease.

The COVID-19 pandemic that broke out in Wuhan, China at the beginning of 2020, expanded into a global crisis within a few weeks. After the epicenter shifted to Europe in March 2020 and now also hit North America with a short delay, the pandemic also appears to be spreading in Africato spread. The mostly hesitant attitude of African governments at the beginning gave way to radical measures within a few days, which essentially included the closure of national borders and airports and the search for contacts to infected people. In mid-April 2020, President Akufo-Addo extended the existing radical measures to contain the virus for another two weeks. After this phase, the President extended this measure again at the end of April. At the end of May 2020, the President announced in a televised address that the measures would be gradually withdrawn. although the number of infections continued to rise slightly. At the beginning of July 2020, President Akufo-Addo went into self-isolation after an employee from his close environment tested positive for COVID-19. In his 15th speech to the nation (16. August 2020) the President announced further easing and also announced that he would like to resume international air traffic on September 1, 2020 if the situation continues to ease. In his 16th speech to the nation (August 30, 2020), he gave the green light to the reopening of Accra International Airport on September 1, 2020. However, this is subject to considerable conditions.Entrants must show a negative COVID-19 test that is no older than 72 hours. Otherwise you will have to pay US $ 150 for a test at the airport. If this is positive, those affected are taken to a specially prepared hospital, where they remain in quarantine. The water and land borders, however, will remain closed until further notice. After the optimistic sounding speech in mid-October, in which the President reaffirmed the 72-hour rule for a COVID-19 test, he turned to the Ghanaian people again on November 8 and complained about the increasing carelessness that led to the numbers increasing again would have.

According to areacodesexplorer, Ghana was one of the countries that took drastic action relatively early after the first cases in the metropolitan areas of Accra, Tema and Kumasi became known. These measures, such as bans on church services and funeral ceremonies, had hit the metropolitan areas in particular. Nevertheless, the virus spread, and within a short period of time the number has risen continuously since mid-March to more than 48,000 confirmed cases (beginning of Nov. 2020). The number of deaths, on the other hand, increased only very slowly and was in the lower three-digit range at around 320. In view of the pandemic, the IMF approved an amount of almost one billion US dollars from the special item “Rapid Credit Facility” in mid-April to combat it of the COVID-19 virus in Ghana. 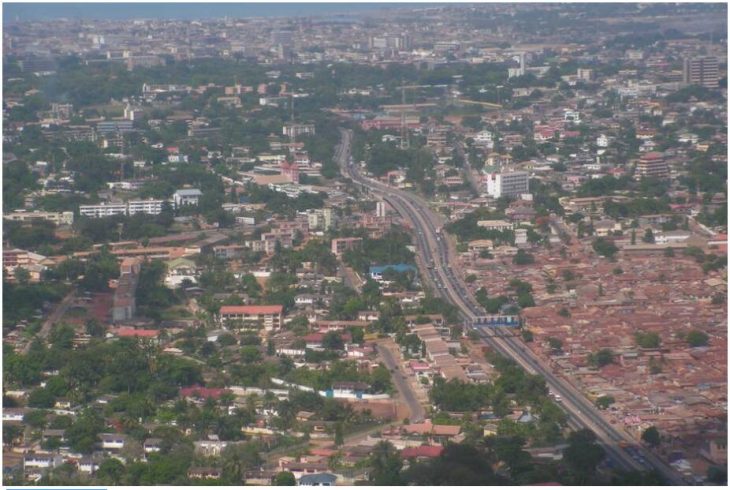