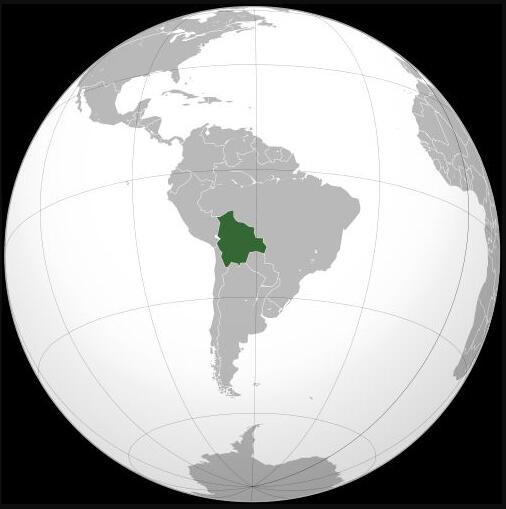 Location of Bolivia in the middle of South America

The country can be divided into three major topographical regions: the Andean highlands with the Altiplano and the Andes chains, the inner Andean dry valleys and Yungas, and the lowlands in northeastern Bolivia, which take up around two thirds of the country’s area. 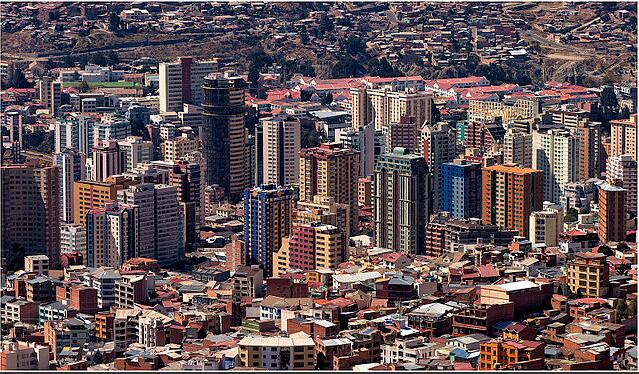 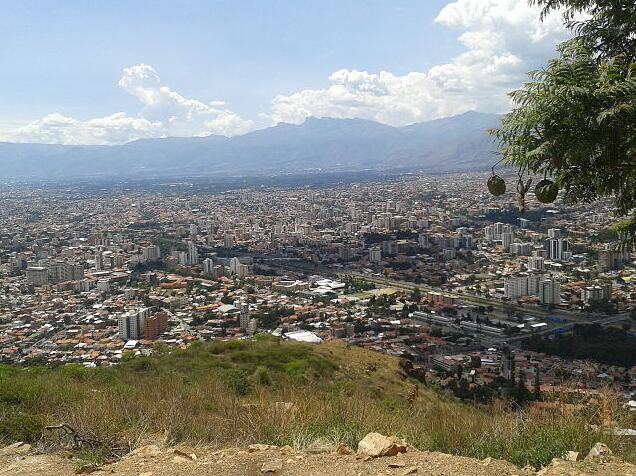 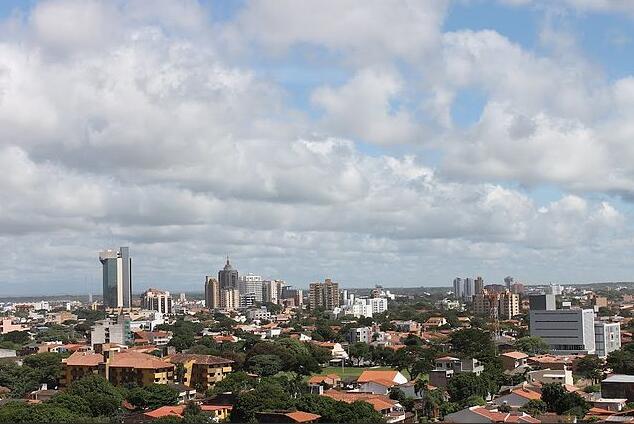 Around 20% of the country’s area is designated as nature reserve. Bolivia has a distinctly diverse landscape. Important to mention in this diversity are the Cordillera de los Andes (Andean cordillera), the Altiplano (high plateau), the Amazon region, the Chiquitanía and the Chaco in the lowlands.

The Cordillera de los Andes divides into two parallel mountain ranges. The western cordillera runs along the border with Peru and Chile – the eastern mountain range, also called “the Royal”, takes a south-easterly direction as far as Argentina. In between extends the 700 km long and 200 km wide plateau of the Altiplano, on the edge of which La Paz is the highest seat of government in the world at 3,600 m.

The inner Andean dry valleys, where for example the cities of Cochabamba and Tarija are located, have a moderate climate with around 25 degrees Celsius all year round. The transition from the high mountains to the Amazon lowlands runs for less than 100 kilometers on the Andeneast slope adjoining to the north. Here is the fertile region of the Yungas, which has mountain and cloud forests with deeply cut valleys and gorges. In the southeast of the country there is the dry and hot Chaco, part of the large regions of the same name, which extends to Paraguay and Argentina.

Bolivia also has a great variety of water bodies. These include special features such as Lake Titicaca as the highest navigable lake in the world, as well as the Río Mamoré, Río Madre de Díos and Río Beni that flow into the Amazon. The rivers of Bolivia drain into three different continental watersheds: to the north in the Amazon, in the east and south in the La Plata, and in the Altiplano in the outflowless “TDPS system”, consisting of Lake Titicaca, Desaguadero River, the Poopó Lake and the Coipasa Salt Lake.

Official statistics on the country are provided by the Bolivian Statistical Office. The data are relatively readily available, but not always up-to-date.

In addition to current information on the country, the Bolivian embassy in Berlin also provides a range of statistical data. 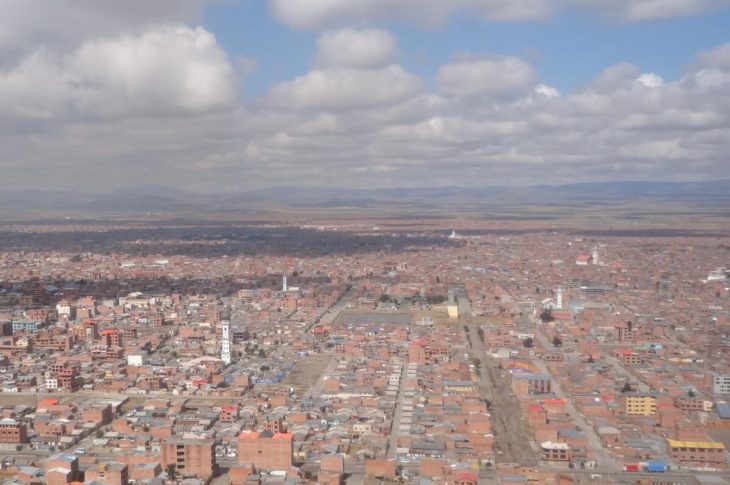 As a country located in South America according to transporthint, Bolivia has a total population of around 11 million. La Paz and its sister city El Alto have around 2 million residents and are therefore the largest urban area. Santa Cruz, a city that has experienced strong migration from the Andean parts of the country over the past decades and has developed into the most dynamic city in Bolivia, is home to around 1.7 million people. The population development in the other important cities of Bolivia has remained rather moderate. The National Institute of Statistics INE carried out a census in 2012. According to their results, Cochabamba have 680,000, Potosi 200,000, Sucre 280,000, Oruro 280,000, Tarija 240,000, Cobija 60,000 and Trinidad 120,000 residents.

The country’s most important road links are now paved. The main traffic connection in the country is the country road from La Paz / El Alto to Cochabamba and from there through the Chapare to Santa Cruz. Secondary connections are mostly gravel, roads in the rural hinterland are often more or less well-paved dirt tracks. Since the climate is characterized by an intense rainy season (December to March), this situation often leads to catastrophic traffic conditions, especially in the lowlands.

The country’s railway network is rudimentary and comprises only 3,700 km of single-track lines in meter gauge. It hardly meets modern requirements. The rail network is divided into two parts and belongs to Empresa Ferroviaria Andina SA (FCA) (the Altiplano with a rail network of 2,276 km) and Ferroviaria Oriental SA (FOSA) (the Bolivian lowland with 1,244 km). Railway lines connect Bolivia with Chile, Brazil and Argentina.

Several airlines offer direct flights and connections to North and South America, Europe and Asia. The most important airports among the 37 Bolivian airports are those of Santa Cruz (Viru-Viru), as well as those of La Paz / El Alto (El Alto) and Cochabamba (Wilsterman).

In the lowlands there are a number of navigable rivers, which, however, have hardly any significance for passenger transport beyond the local framework. Lake Titicaca is considered the highest navigable lake in the world and connects Bolivia with Peru.