Currency: Franc Congolais (common in US dollars in circulation) 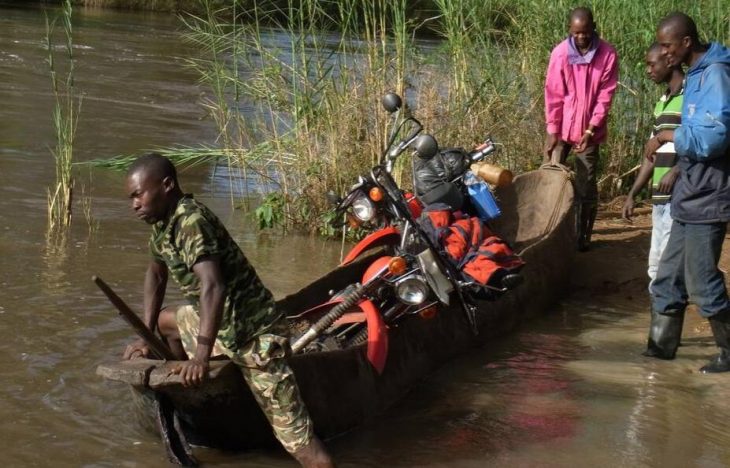 Current travel and safety information and important addresses or telephone / fax numbers can be obtained from the Congolese representation in the Federal Republic or the German embassy in Kinshasa.

The “Direction Générale de Migration” (DGM) “is responsible for the entry and residence regulations in the country. It also monitors all migration movements in the country, which is why it must be visited for registration after each change of location and at the border crossings.

In cooperation with the German Embassy in Kinshasa and the consular missions in Bukavu and Lubumbashi, the Federal Foreign Office always provides up-to-date information on the security situation in the country. Since March 2020, the borders have been largely closed due to the corona pandemic. You can only move freely within the diplomatic and business district of Gombe.

The supply situation of the 13 million metropolis of Kinshasa is not yet endangered, even if the prices for basic food rise significantly and at the same time purchasing power decreases due to the lack of wages.

Nothing has changed life in the Democratic Republic of the Congo like the new media and communication tools. Fixed lines are only available in a few locations in Kinshasa and Lubumbashi. The market today is determined by around 28 million mobile phones. The existing network reaches almost all larger towns and cities over a large area. Where there is no electricity – this unfortunately applies to many regions – own generators or solar systems supply amplifiers and transmission masts.

Cell phones are part of everyday life for the Congolese. Anyone who is self-respecting is registered with two companies.

There is a working broadband cable between Kinshasa and Brazzaville. The international consulting company Budde offers a current overview of the mobile and broadband situation in the country.

Since the networks are often overloaded, we recommend using a mobile phone with at least two SIM cards. The cards are inexpensive – you have to register when buying them.

18 telephone companies are active in the country, with the following defining the market:

Even if Kinshasa has access to an international deep-sea cable, only 0.1% of telephone lines have broadband.

The internet connections are – if they exist at all – very inadequate. The significantly higher telephone tariffs in 2016 are particularly affecting small businesses and retailers. 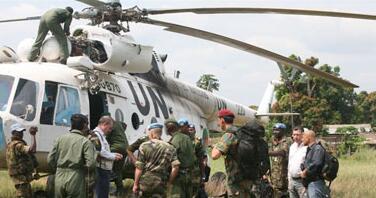 UN delegation on a domestic flight

With the currently increased military presence, however, incidents with the military cannot be ruled out. Military actions are currently being carried out against remaining rebel groups in the Kivu provinces. Special warnings are given against traveling to these regions.

There are a number of prohibitions that are justified with the security situation and some of which are changed at short notice. This includes taking photos, especially of airports, of military facilities, of objects of strategic importance or of uniformed people. The dividing line between what is forbidden and what is allowed is not always recognizable (see photography).

In its 2019 annual report, the US Overseas Security Advisory Council in the DR Congo classifies the country as “critical” in terms of crime and security. One reason for this is the many uncontrolled weapons depots and markets (automatic rifles, grenades, mines, etc.). In the Congolese cities, organized gangs are increasingly making certain neighborhoods unsafe. Various EU governments and also the German development aid are opposing this with police training.

When entering the DR Congo – even if they are only staying briefly in the country – German citizens should register on the “Elefand” crisis prevention list; this may facilitate consular support.

The Federal Foreign Office regularly issues safety instructions for traveling and staying in the DR Congo, a major country in African continent according to zipcodesexplorer.

The Congolese people are usually open-minded and friendly towards foreigners. In crisis situations, however, there is often the risk that Europeans will be assigned to local conflict parties and attacked.