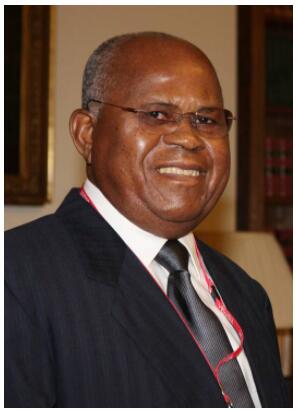 Political actors in the presidential and parliamentary elections

On August 8, 2018, government spokesman Lambert Mende announced that Joseph Kabila would not run for the December 2018 presidential election. Instead, Emmanuel Ramazani Shardary, general secretary of Kabila’s party, the PPRD, was put up as a candidate. Shardary was considered a puppet and obedient “soldier” Kabila, who pursued the goal of continuing to rule from the background.

Félix Tshisekedi is the son of long-time opposition leader Étienne Tshisekedi, who died in 2017. He was elected as a candidate by the oldest and largest opposition party, the UDPS (Union pour la Démocratie et le Progrès Sicial).

Moise Katumbi is the spokesman for the political movement “Ensemble pour le Changement” and was considered the most promising candidate of all opposition groups. However, President Kabila had succeeded in blocking Katumbi through a pending court case. Thus Katumbi could not run for the election.

After his arrest warrant was overturned in May 2019, he traveled to Lubumbashi as a free citizen on May 20, 2019. Katumbi continues to see himself as an opposition leader and peacemaker.

Jean-Pierre Bemba was considered a promising candidate. He is co-founder and member of the MLC – Mouvement de Liberation du Congo. His history as a warlord and his open court proceedings ultimately led to a rejection by the Congolese electoral commission CENI (Commission Électorale Nationale Indépendante).

Vital Kamerhe, founder and chairman of the UNC (Union pour la nation congolaise) party, was President of the National Assembly of the DR Congo from 2007 to 2009. After he had expressed himself critical of the government in a radio interview, he had to resign from this office under massive pressure from Kabila.

As an opposition candidate for the presidential election, he was at the top of the list of candidates. However, he was said to be very close to Joseph Kabila.

There was relatively little coverage of presidential candidate Martin Fayulu in the preparation of the election, but more attention should be paid to him.

It is believed that a handful of political actors, including senior military and police officers, manipulated the electoral process, although no official evidence has been provided. The lawsuits filed by opposition leader Martin Fayulu to reevaluate the elections were also rejected by the courts.

Civil war, political disputes, a multitude of conflicts over raw materials and other riches and the resulting claims to power make the DR Congo a powder keg. Against this background, the elections took place at the end of December 2018, which had to bring a result for political and economic actors that did not fundamentally change the power constellation, but at the same time calmed the situation in the country. It was therefore important to keep the opposition weak.

Martin Fayulu, as a candidate of the opposition coalition LAMUKA, could only win 35% of the vote, while the compromise candidate, President Felix Tshisekedi, was elected as the new President of the DR Congo with an alleged 59.6%. An example of how political calm and control of power came before democracy and political participation.

Fayulu became a pawn in the dispute over the distribution of power in the country. However, experience with everyday political life in the Congo shows that actors like him reappear in politics and business after a while.

Course and result of the elections

The government decided to hold the elections on its own – a masterpiece when you realize that 70,000 election offices had to be installed and staffed with trained election workers. Election computers from Korea should ultimately facilitate and speed up the voting process.

After turbulent days, including a third of the voting computers in a warehouse in Kinshasa, the presidential and parliamentary elections finally took place on December 30, 2018.

40 million voters were registered and the turnout at around 47% was low. Four out of 181 constituencies could not take part in the elections because the respective areas were infected with Ebola.

After the government shut down all social networks and a massive military and police presence did not allow critical movements, the elections were relatively calm. But both the well-organized Catholic Church and the South African association of states SADC confirmed many irregularities during the elections. In the end, 350 of 485 parliamentary seats are said to have gone to the government alliance.

After opaque negotiations with the political actors and an exchange of power with the outgoing President Kabila and the powerful military, Felix Thisekedi was elected as the new President of the Democratic Republic of the Congo, a major country in African continent according to sunglassestracker.