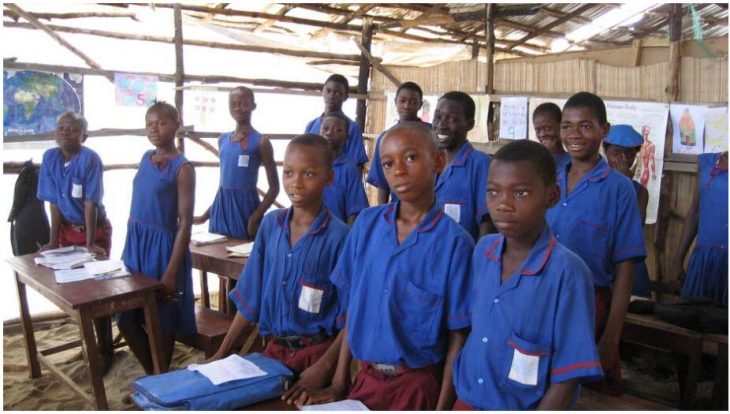 The illiteracy rate is estimated at 48.3% for adult men and 65.1% for women (2018). The population of Sierra Leone is very young. Compared to the general population, more young people can read and write.

There are state and religious schools in Sierra Leone, a country located in Western Africa according to commit4fitness. These are denominational Catholic or Protestant schools as well as Islamic schools. However, Muslims also go to Christian schools. Sierra Leone began to introduce formal Western-style education very early on. West Africa’s first university, Fourah Bay College in Freetown, was founded in 1847, and the first high schools for girls and boys between 1845 and 1849. Fourah Bay College is now next to Njala University in Bo and IPAM, the college for Administration and management, part of the University of Sierra Leone. Since 2009 there has been a private, Catholic university in Makeni, UNIMAK. For a long time, however, tertiary education was reserved for a minority of the educated middle and upper classes. Only a few Sierra Leoneans had the opportunity to obtain formal schooling. Today there are secondary colleges and technical institutes in the larger cities, but they cannot offer an internationally recognized university degree.

The Sierra Leonean school system is based on that of Great Britain. Primary school is six years and ends with the National Primary School Examination (NPSE). This is followed by the secondary school with the Junior Secondary (3 years) and the Senior Secondary School (3 years), which concludes with the West African Senior School Certificate Examination (WASSCE). This entitles you to apply to the university. The WASSCE can be repeated any number of times if, for example, the grades are insufficient for university admission. At the university, examinations must be taken before admission to the desired subject. The university education usually lasts four years and is completed with a diploma or a bachelor’s degree. Further academic years can be added. The university also offers advanced studies that can be completed with a master’s or doctoral degree.

Girls are still disadvantaged in the education system, despite the fact that the government has launched an initiative to enable girls and boys to go to primary school. In rural areas in particular, girls get married and become mothers very early and therefore education is not seen as important. 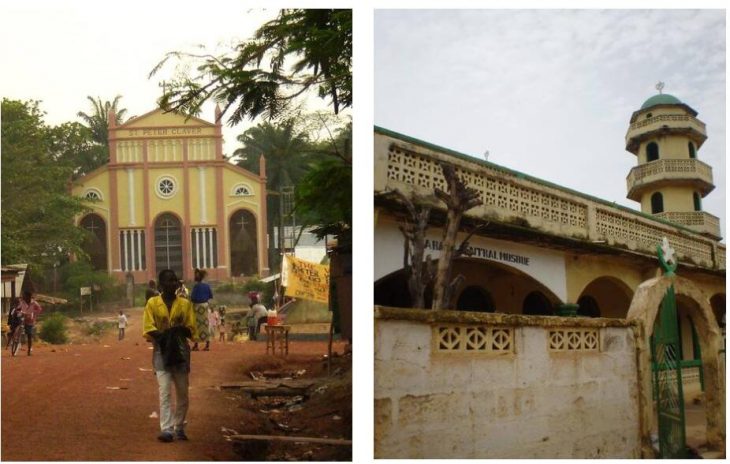 According to the census (2015), 77% of the population are Muslims and 21.9% Christians (Protestants, Catholics, members of Pentecostal and African free churches). At the same time there are some believers of traditional African or other religions. Sierra Leoneans are very proud of the peaceful and respectful coexistence of religions in their country.

A strict separation and pure adherence to a religious doctrine, however, rarely takes place. Rather, Islam and Christianity are mixed with other religions and religious traditions in everyday life. Magical elements mingled with the practice of local Islam, so some Islamic scholars have incorporated magical fetishes into their teaching.

Overall, the monotheistic religiosity of the people is increasing. In addition to Islam, more and more people are professing Pentecostal and Evangelical churches. For a long time, the majority of the population in the north were Muslims, while the Christians were evangelized primarily from the south and the coast. This pattern is now less clear-cut, and in Freetown all of the beliefs mentioned can be found side by side.

Followers of traditional African religions often also believe in other higher beings. In this understanding there are other spirits besides God. These are on the one hand the ancestors, on the other hand nature spirits with different purposes. The spirits can come to the rescue or cause harm, but sometimes they expect offerings for this.

Sorcery and magic are very popular, but they are not openly discussed. People of Muslim or Christian faith go to healers in spite of their faith, who, for example, create a magical fetish for them to solve problems or heal diseases. Almost all Sierra Leoneans have a general knowledge of witchcraft and its forms and symbolism. It happens again and again that children or women are accused of witchcraft and excluded from the family.