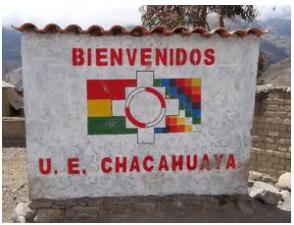 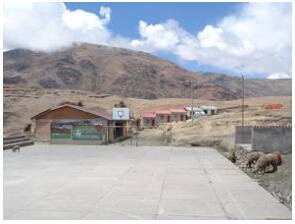 The rural school in Chacahuaya 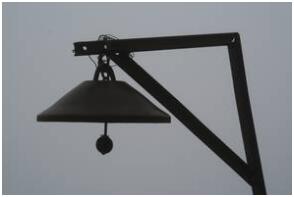 The educational system has undergone significant reforms over the past two decades. There were two reforms: in 1994, during the tenure of Sánchez de Lozada, the promotion of bilingual and participatory education was introduced and more space was given for the creation of private schools. In 2010, under President Morales, there was a further educational reform (also called Avelino Sinani reform), which promotes multilingual education, strengthens the role of the state and aims to “decolonize” the education system. But after almost ten years, the results are far below expectations.

In December 2008, Evo Morales declared the country illiterate-free after literate more than 800,000 people in a 3-year campaign. However, the statistical literacy rate according to the INE could only be increased from 82.8% to 87% between 1997 and 2006. Today 95% of the population can read and write.

State and private education is divided into the following levels:

Attending public schools is free of charge. The primary school in Bolivia has been compulsory for eight years since 1998. While the majority of children attend and finish primary school, the proportion of those who either stay away from school completely or do not graduate increases significantly in the secondary school sector.

In Bolivia, higher education is provided by universities and other educational institutions that function in a similar way to technical colleges. There are state, church and private institutions. Teacher training takes place at teacher training colleges. The universities enjoy full autonomy. University studies have traditionally been reserved for the rich upper class, but this has changed a lot in the last 20 years.

Multilingual education (in Spanish, Quechua, Aymara, Guarani, Chiquitano, etc.) was introduced on a voluntary basis with the educational reform of 1994 and made mandatory in 2010. The current curricula intend to “communalize and decolonize” the education system. This project is now in the middle of a complicated implementation phase. The new school system should be “universal, uniform and diverse” at the same time, but its practice should also be “communitarian, democratic and participatory” in order to ultimately be able to work towards its goals “revolutionary, anti-imperialist, anti-globalizing, decolonizing and changing” and thereby both the principles of secularism as well as respect for the spirituality of the indigenous population. 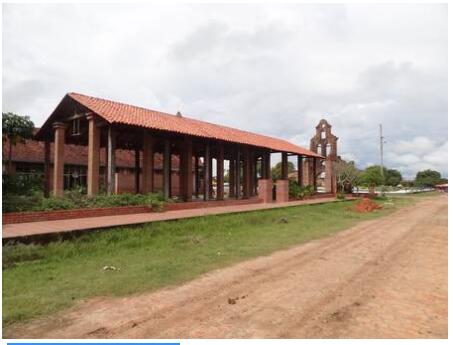 Jesuit Church of Loreto in Beni 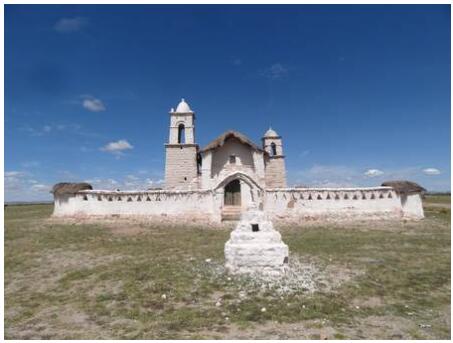 Colonial church on the Altiplano

The Roman Catholic Church in Bolivia has its origins in the colonization of South America, i.e. as early as the 16th century. According to official statistics, around 80% of the population belong to it. The Catholic Church has always had a great influence on politics and society in Bolivia, but has never achieved the same importance as in many other Latin American countries. In particular, she acts as a mediator and moderator in social conflicts, a role in which she has clearly lost importance today in the new plurinational state of Bolivia, a country located in South America according to itypetravel. She is also badly affected by the tensions in the country.

Various Protestant and Evangelical churches are active in Bolivia, such as the Evangelical Lutheran Church, the Evangelical Methodist Church, the “Asociacion Nacional de Evangelicos de Bolivia” (ANDEB). These churches as well as the Catholic Church maintain projects and partnerships in Bolivia. As in many Latin American countries, basic church currents and groups of the Pentecostal movement have been enjoying popularity in Bolivia for several decades. Due to the cults practiced by indigenous peoples, syncretistic hybrid forms can be observed today, which are particularly expressed at religious festivals.

Over time, sport has become more and more important in Bolivian society. In the first place of the most popular sports is undoubtedly football. Even if Bolivia has mostly been denied success on the international stage. However, due to the extreme altitude of the La Paz National Stadium (3,600 m above sea level), the national soccer team is considered an uncomfortable opponent at home games.

Also in the qualification for the World Cup in Russia 2018, Bolivia landed second to last in the South America regional group. Still, the true 1994 World Cup finals in the United States (and the match against Germany) as the finest hour of the Bolivian football.

However, volleyball and basketball are far more popular with girls in schools.

In the big cities, cross-country skiing has been enjoying growing popularity for about 10 years. New running competitions are constantly being launched, with the number of participants growing rapidly. The inflationary use of the word “marathon” for any endurance run over 10 kilometers is a bit irritating.

But there are also real marathons over the full distance of 42.195 km in various cities across the country. Even in La Paz at an altitude of over 3,600m there were official marathons with several thousand runners in 2013 and 2014.