Although the country has the greatest natural wealth in Africa, it is one of the poorest in the world. The main reasons for this are the more than three decades of mismanagement and corruption by the Mobutu regime, followed by serious armed conflicts up to the present day.

In the early 1990’s, the economy collapsed completely. There was hyperinflation (1994: 7400%). As a result of unrest among the workers, export earnings fell, the infrastructure in the transport sector fell apart, and foreign debts rose to 10 billion euros. The country then became dependent on food imports.

Since the 2006 elections there have been hopes among the people. There is a lot of construction going on in Kinshasa and Lubumbashi. The socio-economic situation remains precarious and is only improving slowly.

The gross domestic product (GDP) of the Democratic Republic of the Congo has increased by approx. 6% annually since 2003, due to sustained high export income from the mining sector, and amounts to approx. 42.64 billion US dollars (as of 2018).

The economy grew by 9.47% in 2014. Solid raw material prices and favorable export opportunities were the decisive factors for this. Weaker economic growth of 2.4% has been observed since the beginning of 2016. As the global economy cools, raw material prices come under pressure. The country is experiencing difficult economic development, although one must be aware that up to 80% of the population lives from the subsistence and poverty economy.

The dollarization of the Congolese economy has continued so far. The US dollar is de facto the main currency in the DR Congo, a major country in African continent according to relationshipsplus. All major business, including shopping in the supermarket, is done in US dollars. The Congolese government lacks the political will to change this situation.

At the end of 2017, the national debt again amounted to US $ 5.1 billion, and the trend is rising. The Democratic Republic of the Congo was ranked 192nd out of 210 financial institutions. The official inflation rate was 41.5% and the low interest rate on the capital markets continues to tempt the resource-rich country to borrow again.

According to various current forecasts, the economy will grow by around 5-8% in the coming years and be maintained. Despite the positive development of this growth rate, it will take several years to return to the level of the 1990’s.

The economy of the Democratic Republic of the Congo is determined by mining and affiliated businesses. The establishment and operation of commercial companies is very risky under the given political and economic framework conditions. World Bank programs and other international financing structures are slow to take hold. Legal uncertainty, corruption and insecure markets make new investments difficult.

The importance of the informal sector is remarkable. It is thanks to this that the urban population in particular experiences a minimum supply of daily necessities. 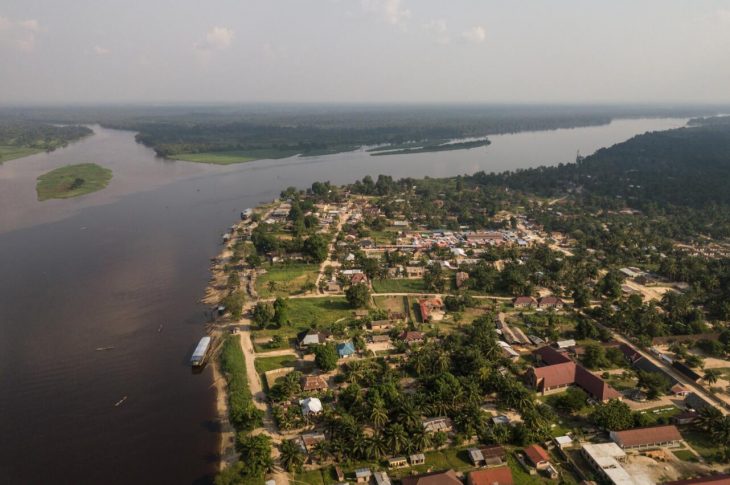 Congo River along the city of Isangi, near Kisangani 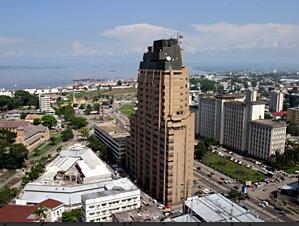 The capital Kinshasa is overtaken by its own history. Planned for 50,000 residents, over 10 million people live and survive in the metropolis today. And it’s a city of contrasts. Projections assume that Kinshasa will be the largest urban region in Africa by 2030. One calculates up to 25 million residents. The vast majority of people live in absolute poverty.

At the same time, Kinshasa is an extremely lively city. The informal sector with small trades, street sales and an absolutely chaotic transport system determine the picture. In the city center there have been a lot of road repairs and main road extensions recently. The central connection from the airport to the city center was developed as a six-lane expressway. Many accidents with pedestrians follow fast traffic; as such, it is very dangerous to live on the streets of Kinshasa. Whether the super robots installed in July 2014(Traffic lights) because something will change, remains to be seen. Trees have been planted in the city center and there are pavements in some places. The electricity and water supply remain problematic.

[These numbers are often very different in the source code. Poverty, armed conflicts, a badly working administration and many IDPs – internally displaced persons – cause the inaccurate data situation.]