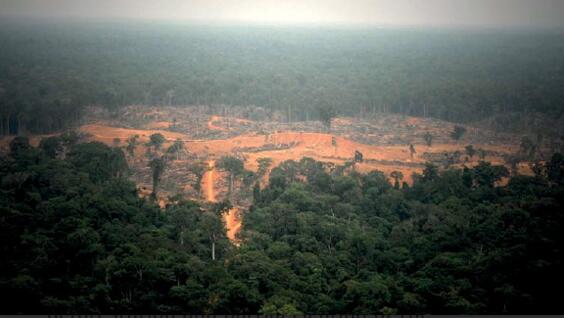 Forest clearance in the DR Congo

Strongly fluctuating annual precipitation, floods, torrential rain and incalculable dry periods as a result of climate change mean that farmers adapt their agricultural calendar to the rainy and dry seasons.

In addition, the DR Congo is confronted with the following ecological challenges:

An almost incapable of acting and corrupt administration enables massive environmental destruction and an intensifying environmental crisis. The forests of the DR Congo are threatened by the demand for tropical wood. Especially hard-to-reach forest areas along the rivers are affected by illegal logging. 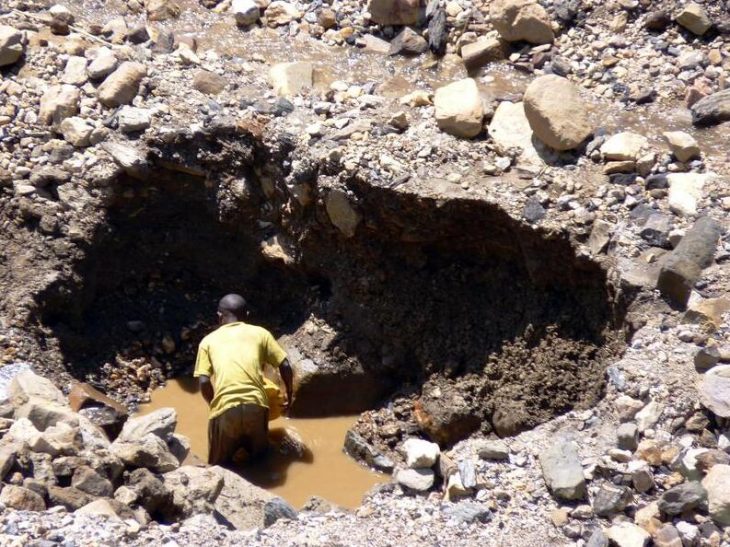 Poverty and unemployment, combined with high local strain on agricultural production systems, put great pressure on ecological systems. The demographic development has a reinforcing effect here. The armed conflicts and the resulting refugee and migration movements lead to a further destabilization of the ecosystems.

Environmentally friendly aspects are not taken into account in the mining areas either. Recultivation or afforestation would increase the costs. Not least because of the uncertain situation, the mining companies are out for quick profits.

Inventories, protection and afforestation have not yet been carried out systematically. J. Kabila’s government announced that it would give environmental protection a higher priority. But it hadn’t come to that. His government urged that the moratorium on the forestry use of the existing primeval forests, agreed within the framework of REDD (Reducting Emissions from Deforestation and Forest Degradaion), be lifted.

From the Kyoto Protocol to Paris 2015

The Congolese government feels obliged to protect the climate and the environment, but the challenges are diverse. For example, 95% of the energy used in the country comes from wood and charcoal, which pollute the environment through the combustion gases.

In 1997 the Congolese government adopted the first national environmental action plan and in 2001 the second national plan was presented by the minister responsible for the environment and species protection.

After years of stagnation, the government finally adopted the third national plan for the period 2011-2015. The document presented to the public makes clear statements about the protection of the climate, the environment and nature. The corresponding goals have since been set in law.

In the international negotiations on the follow-up protocol to the Kyoto Agreement, the government of the DR Congo took a position and even presented a fourth national plan in the run-up to the Paris Conference (COP21, 2015 climate summit), but unfortunately without any concrete consequences.

There is no lack of laws and action initiatives that are intended to protect the forest and meet the challenges of climate change – corruption and an incompetent administration and police prevent implementation.

In the context of the development of the national energy supply, renewable energy sources are important, especially since only 9% of the population has access to electricity.

The potential for the possible use of renewable energies seems inexhaustible in the Democratic Republic of the Congo. In the east of the country, experience has been gained with small hydroelectric systems for many years. Solar energy is an adapted solution for the energy supply especially for the remote rural areas.

The two Inga dams and the three Inga hydropower plants are of national and supra-regional importance. They are located at the Congo waterfalls, which are used to generate electricity with a drop height of 100m. In 1972 the first three turbines were completed. Their capacity is sufficient to supply the whole of southern Africa with electricity. However, inadequate management and inadequate maintenance mean that the entire system now only provides 25% (500 MW) of the possible output. This is only enough to supply the 10 million metropolis of Kinshasa and Brazzaville with its almost 2 million residents as well as the oil industry of Point-Noire and the mining area in the southeast of the country with electricity.

The high-voltage line from Inga to the industrial province of Katanga (formerly Shaba) is a curiosity. The power line built for political reasons (a response to the civil wars after independence) leads across the huge country without supplying any city with energy, apart from the target cities of Kolwezi and Lubumbashi.

In November 2017, the international world climate conference COP 23 took place in Bonn, which was also attended by a delegation from the DR Congo, led by Environment Minister Amy Ambatobe.

The main topics were the protection of the rainforest in the Congo Basin and the preservation of biodiversity, including the careful use of forests. The NGO Global Witness is complaining about the massive increase in forest use concessions granted by the Congolese government.

Radical deforestation for palm oil production is not only practiced in Indonesia and Brazil, but increasingly also in the DR Congo, a major country in African continent according to securitypology.