Ebola – another outbreak in the DR Congo in 2018

The first case of a viral disease, the name of which “Ebola” comes from here, became known in 1976 on the Ebola River in the north of the Democratic Republic of the Congo, a major country in African continent according to thereligionfaqs. At that time, 760 Ebola victims were registered. Since then there have been repeated outbreaks of epidemics.

In August 2014 the seventh Ebola epidemic occurred in the DR Congo. It was a virus that was significantly less aggressive than the Ebola viruses that had appeared in West Africa in recent years. The mortality rate here was “only” 20% to 54%, but the World Health Organization (WHO) was unable to confirm a specific percentage.

In May 2018 there was another Ebola outbreak in the area of Bikoro, a small town in the province of Equateur. The strain of the virus is obviously very aggressive. This time the government of the DR Congo, in cooperation with the WHO and MSF (Médicins Sans Frontières), reacted immediately – a mobile laboratory was installed and treatment centers were quickly established. A first vaccine (although not yet officially approved) has been made available to 4,000 people.

The very remote region is located in the middle of the rainforest. Many places can only be reached by dugout canoe. There is no road connection to the state capital Kinshasa, 1200 km away. The Bikoro runway cannot be used, all medical goods and specialist staff have to be transported by helicopter from the provincial capital Mbandaka to Bikoro.

Due to the remote location, it was relatively easy to isolate entire villages. At the national level, the cooperation with the WHO works very well. It is clear to all actors that the disease must not spread because the nearby state capital Kinshasa, with over 11 million people and a dramatically poor hygiene infrastructure, could be overrun by Ebola.

With the merchant ships arriving daily in Kinshasa, carriers could bring in dangerous Ebola viruses. National and international health institutions have an important task to fulfill here: control of cases of illness, observation of people with Ebola symptoms and awareness-raising work with state and private media.

It is positive that the health organizations active in the Democratic Republic of the Congo have many years of experience in dealing with the Ebola disease.

On July 24, 2018, the Minister of Health of the DR Congo, Oly Ilunga, declared the end of the Ebola epidemic. Ten weeks had passed in advance without any further cases of illness. Of 54 sick people, 41 died. This relatively low number of illnesses and deaths is due to the following factors:

On August 1, 2018, there was the sad news that 26 new Ebola cases were found in the densely populated north-east of the country, with the urban centers of Goma, Beni and Butembo. There have already been 20 deaths. Again there was a quick response from the Congolese Ministry of Health in collaboration with the WHO. By pooling national and international forces, it was hoped that the epidemic would be contained.

The rebel group ADF (Allied Democratic Forces) has been active in the provinces of North Kivu and Ituri for years. The ADF raids villages, burns down houses and takes everything that can move. The villagers, possibly also infected with Ebola, flee to forests and savannah for protection. This interrupts the Ebola treatment and the disease spreads uncontrollably.

The Ebola epidemic has become much more threatening since the beginning of 2019. By July 2019, the World Health Organization -WHO- registered up to 2,600 Ebola cases, at least 1,800 people died of the disease. It is also assumed that there are up to 1,000 unreported cases.

Armed groups, including infected rebels, attack the major cities of Beni, Butembo and Goma in an attempt to infect the people. Here Ebola is used as a weapon.

Vaccines are still in the testing phase and the first successes are evident. Against this background, the WHO declared a “health emergency of international concern” in mid-July. On July 24, 2019, the World Bank provided US $ 300 million to fight Ebola.

The INSS (Institut national de la sécurité sociale), which has existed since colonial times, is the central body for social security. Workers, civil servants and members of the military make up the largest constituency. The institute’s income is low and irregular, so entitlements to medical care or pensions are very modest. Sick people, accident victims, the disabled, pensioners and other needy target groups receive extremely low or no benefits. In many places, the income of the institute is only sufficient to support the institute’s own staff.

The low purchasing power of the population is the reason why many attempts at local social security, such as basic health insurance, have not yet worked.

An exception is being tried out in the facilities of the Catholic Church. The national network of Catholic health institutions BDOM (Bureau des Oeuvres Medical) tries to establish local models for health insurance. In the cities there are still attempts to build up local health insurance and pension insurance models. 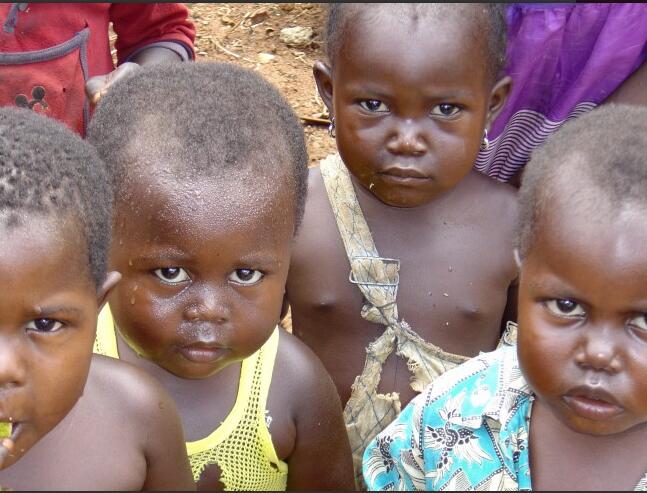