Want to become a dentist, dental assistant, dental hygienist, dental nurse, dental technician, or dental therapist?  The following schools of dentistry in Arizona offer pre-dental studies, general dentistry, dental assisting, and dental hygiene studies towards a bachelor’s , master’s, doctorate, or a professional degree. Please know that some Arizona dental schools also provide certificates or postgraduate training in general dentistry. Check the following table for street address and official website of each school of dental medicine in the state of Arizona. 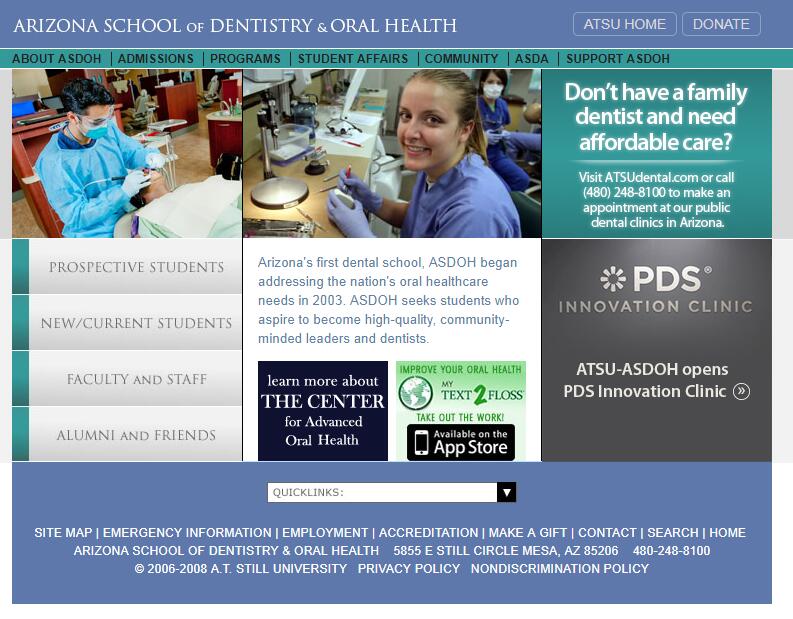 The symbolic bird of the United States is the bald eagle.

The Bald Eagle (Haliaeetus leucocephalus) is a large bird of prey native to the United States, Canada, and Mexico.

The bald eagle was considered a sacred bird in the cultures of many indigenous peoples of North America. Feathers and claws of an eagle are widely known as details of jewelry and ceremonial costumes of the Indians.

In the second half of the 20th century, the population of the bald eagle in the continental United States greatly decreased and was even endangered. Thanks to the measures taken by the US government to restore their numbers, the situation has now improved significantly.