Want to become a dentist, dental assistant, dental hygienist, dental nurse, dental technician, or dental therapist?  The following schools of dentistry in Alabama offer pre-dental studies, general dentistry, dental assisting, and dental hygiene studies towards a bachelor’s , master’s, doctorate, or a professional degree. Please know that some Alabama dental schools also provide certificates or postgraduate training in general dentistry. Check the following table for street address and official website of each school of dental medicine in the state of Alabama. 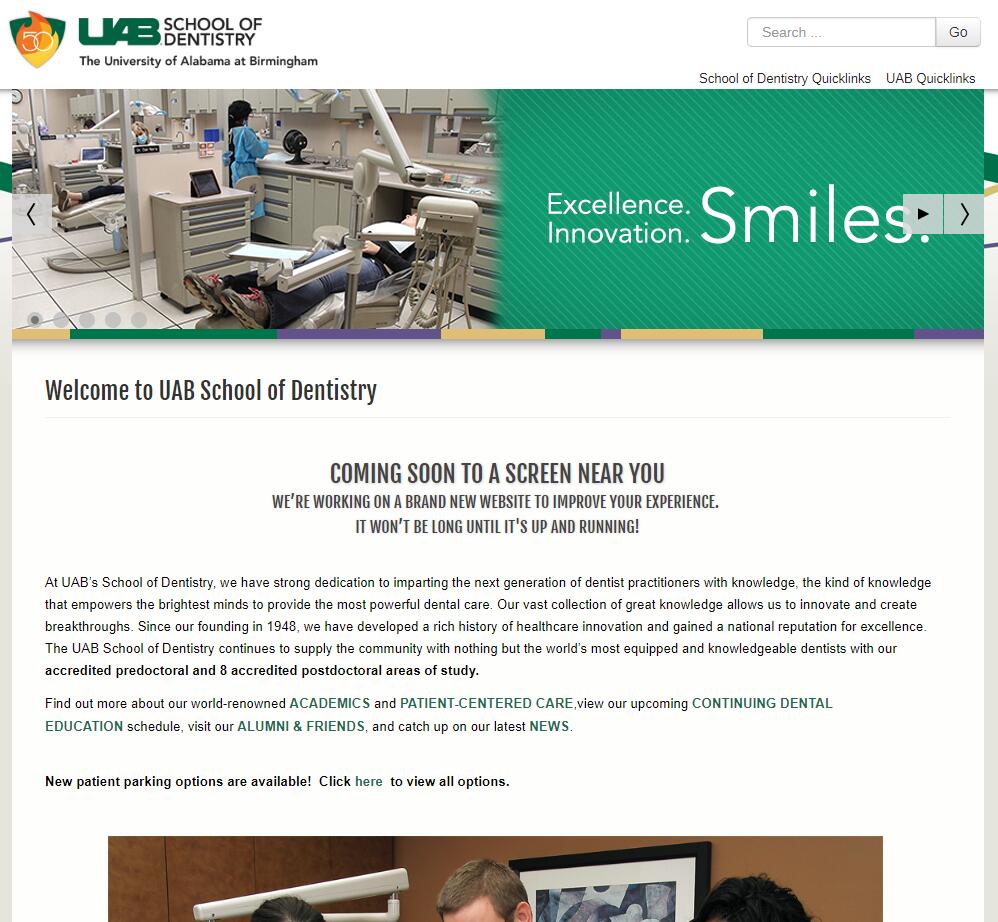 The state of Alabama is located in the South of the United States and belongs to the southeastern central states. Alabama is bordered by Tennessee to the north, Georgia to the east, Florida to the south, and Mississippi to the west.

Alabama is located on the territory of two United States physiographic regions. The northern part of the state is the southern spurs of the Appalachian mountain system: the Cumberland Plateau, the Ridge and Valley region (“Ridges and Valleys”) and the Piedmont Plateau. Further south is the coastal plain, part of the US Atlantic Lowland. The coastal plain occupies almost two-thirds of the territory of Alabama, in the southeast of the state it is predominantly steppe landscapes, in the southwest – swampy lowlands.

Alabama has a humid subtropical climate that is hot and rainy. In the north of the state, in the foothills of the Appalachian Mountains, the climate is somewhat cooler; in the south, near the Gulf of Mexico, it is warmer. Precipitation in Alabama falls fairly evenly throughout the year, with frequent (mostly summer) thunderstorms. Snow is rare here, only in the north of the state it can fall several times during the winter.

The first European explorer of Alabama was the Spanish conquistador Hernando de Soto, whose expedition in 1539–40 passed through the territory of the modern southeastern states (from Florida to Mississippi). It was he who met the Indians of the Alabama people on these lands (the word presumably means “collectors of herbs”). Later, the name “Alabama” was given to the river and, accordingly, the state.