The most important works of the period therefore remain linked to the most prestigious names of the older generation, starting with A. Carpentier, born in 1904, who has increasingly deepened his link with popular traditions, of which he is the greatest connoisseur., also for his training as a musician and historian of Cuban music; activities that preceded in time his own work of literary creation. On the other hand, the frequentation of the Parisian world between the two wars – similar to that of the Guatemalan Asturias – continued to be felt in the nervous modernity of the form and in a taste for metaphor that reveals surrealist relations. His theoretical formulation of the real marvel is well known, that is, of a reality of social life which is expressed more clearly in the intervention of the imagination than in cold scientific analysis.

In 1949, Carpentier published the novel El reino de este mundo, which reconstitutes the story of the Haitian people during the French Revolution: a novel featuring the epic of African slaves in revolt, whose mythical hero is Mackandal, contrasted by the grotesque figure of the cook H. Christophe, who takes possession of the state and wants to make an impossible copy of pre-revolutionary France. Through the story of a slave, Ti Noel, we witness the fall of Christophe and the rise of a mestizo bourgeoisie, which founds a new regime of capitalist exploitation. Carpentier has particularly effectively illuminated the contrast between imported culture and the native forces of the indigenous population, thus contributing to that “search for identity” which is a basic theme of Central American literature. In the next novel,(1953), the protagonist is a completely Europeanized composer who, during an expedition to the woods of the Orinoco, rediscovers the original world of natural myths and simple harmony between small human communities, modifying his own conception of life and of art. Completely different is El acoso (1956), which reveals a careful reading of Kafka and Borges: a man who is imprisoned and tortured for taking part in an anarchist conspiracy, released from prison is chased and killed by his own fellow believers. Everything takes place in fragments, in flashes, in the sphere of memory, while the protagonist listens to a symphonic concert, at the end of which his discovery by the persecutors takes place. Dense and tight work, El acoso it has moments of unforgettable tension and anguish. El siglo de las luces (1962) is a return to the historical novel: Carpentier refers, albeit in free and fantastic ways, to the “century of enlightenment” as it was in Central America. A revolutionary, Hughes, a Robespierre fanatic, tries to apply his abstract theories in the new world and fails miserably. The baroqueism of the prose, the oratory movements, expand in this work beyond the limit of tolerability, despite the evocative significance of the evoked climate. In 1974 Carpentier published, together with Concierto barroco, the novel El recurso del método, with the ironically Cartesian title, which was very successful in Europe and also in Italy (The appeal of the method, Rome 1977). The protagonist is a “Prime Magistrate”, a grotesque and tragic despot, around whom the author weaves a series of ironic and paradoxical cases, making a skilful and, so to speak, symphonic use of frivolous and worldly dialogue, intended as an expression of a state of social alienation, like a sort of humming and vociferous Nothing, to which the author contrasts his bitter rationality.

Even in poetry, the presence of the great figures of N. Guillén, born in 1902, and L. Pales Matos (1898-1959), a Puerto Rican who for his love of Afro-Cuban folklore had a decisive influence not only on the ‘Havana, but throughout the Latin American continent. While inheriting some of the ideas raised by the Cuban avant-garde magazine Avance, Guillén based all his poetry on the mimesis of popular song and dance. The key to his work is the son, that is a repetitive, obsessive rhythmic foundation, on which pure declamation and evocative melody are articulated. Particularly interesting is the highly composite linguistic fabric, where the objects of use and the ritual formulas find their African names and stylistic features, while the rational discourse takes place in Spanish, but in a very spoken and everyday Spanish, with infiltration of jargons. rural plantations. Guillén has become the symbol of the racial unity achieved by Cuba, beyond all the absurdly imposed discriminations in the past.

The new poem, on which the overwhelming examples of Brecht and Neruda weigh, is essentially summed up in the names of S. Feijóo born in 1914, E. Diega, born in 1920, Cuba Vitier born in 1921 and the more original RF Retamar, born in 1930.

A new, very prominent narrative has meanwhile come forward with G. Cabrera Infante (born in 1929), S. Sarduy (born in 1937) and above all with J. Lezama Lima (born in 1931) who with his novel Paradiso (1966) obtained the consensus of European and American critics in the many countries into which it has been translated (including Italy). More than a novel, this is a vast poem of the individual conscience which, through the apprenticeship of art, becomes a collective conscience, and then becomes aware of its own contradictory nature, that is, of the dramatic reflections of a historical condition. But for Lezama Lima poetry is an absolute value, its achievement – always postponed, always to the limit of the impossible – is an act of full knowledge and, therefore, also of reunion with nature and with other men.

Finally, the theater – which today in Cuba has great diffusion – has found a notable voice as a playwright in J. Triana, born in 1933, author of La noche de los asesinos that even our audience knows. It is one of the clearest and most original dramatic texts of our time, based on the relentless action of three characters. They symbolically kill their parents, and then institute a trial for the victims and for themselves. The conflict between generations is illuminated in all its aspects, with continuous reversals of the field, and generates a harsh poetry of historical necessity and, at the same time, of piety. A religious background emerges almost involuntarily from this cruel work, as indeed from many manifestations of Hispano-American literature. 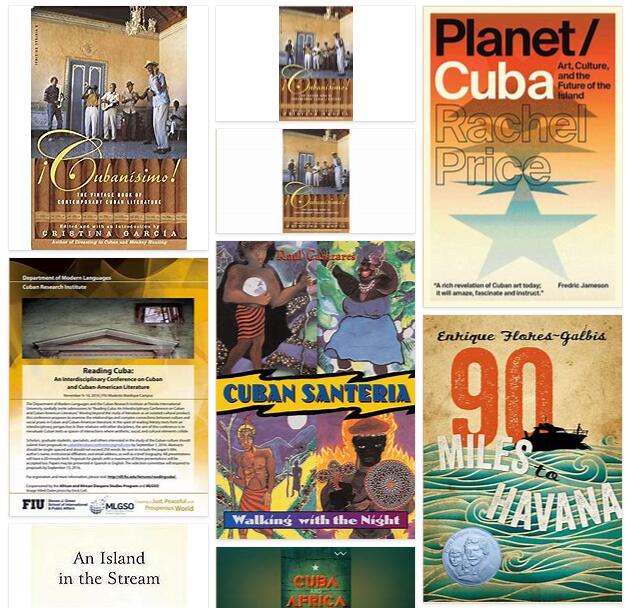