The structural aspects of politics in Brazil cannot be overlooked. The attempt to name important issues in the current political and social debate in Brazil will always be subjective. Due to numerous scandals and the inefficiency of state institutions, disenchantment with politics has also spread in Brazil. On the other hand, awareness of the need for fundamental changes in politics and society was increased. The following deals with important issues relating to the consolidation of democracy in Brazil. This includes the interaction of the various institutions, political participation through parties and elections, but also the guarantee of civil rights and the rule of law. Then various aspects of Brazilian foreign policy are considered.

More than 30 years after the 1988 Constitution of the Federal Republic of Brazil – the so-called Citizens’ Constitution – was promulgated, several political “minor reforms” have been carried out. During this period one can mention the referendum, which in 1993 retained the republic as a form of government and presidentialism as a form of government. In another referendum on the trade in firearms in 2005, over 60% of Brazilians voted not to ban the use of firearms.

In the recent attempt at electoral reform by the National Congress in 2015, the closed party list system was rejected for the second time (the same thing had happened in 2007).

However, these changes have not reached the political power structure of the country’s elites. In addition, the electoral system remained unchanged, as did the centralizing power of the Union over the states and local authorities. A conceptually comprehensive political reform should be based on a fundamental change in the administrative, legislative and judicial authorities. In addition, the expansion of political reforms should also reach the education system in order to promote content that enables political education and critical thinking by citizens.

In addition, regulation of the media as a “fourth power” is urgently needed in order to avoid concessions from media companies to politicians, who then have too great an influence on public opinion. To this end, it is currently necessary to better regulate new technologies in order to protect citizens against data theft and manipulation. This is particularly relevant in a country like Brazil, where digital platforms are used extensively by the population. This aspect of postmodernism is a challenge for the functioning of democracies around the world and must be taken into account in political reform. 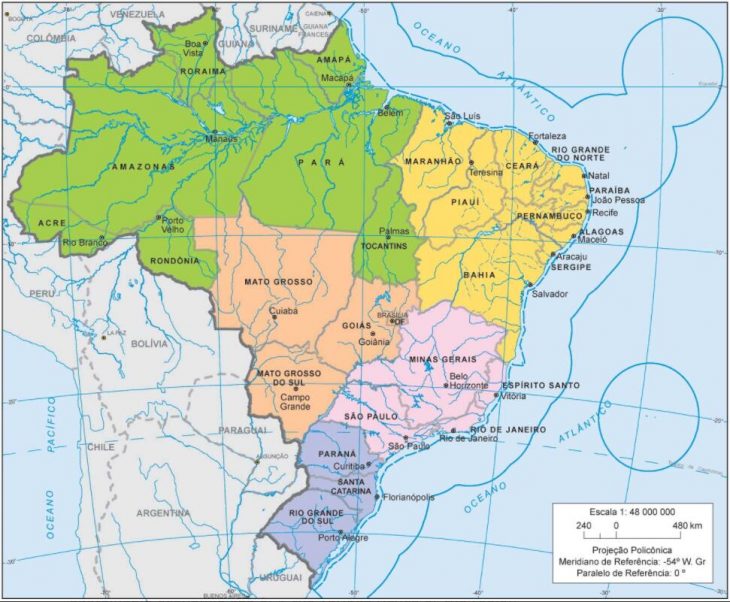 In the course of its history, the gigantic country of Brazil has oscillated back and forth between centralism and decentralization. With the democratic constitution of 1988, a federal political system was established in which the states and the municipalities play an important role. Nevertheless, there is currently an intensive discussion about the balance between the distribution of tasks and resources between the three levels of federal, state and local authorities.

Questions of the implementation of democratic participation in a model of mutually controlling political institutions were at the center of the speech democratization debate in Brazil in the 1980’s. In the consolidation phase that followed, other issues came to the fore. This includes the state’s respect for basic and civil rights, the possibility of resolving conflicts by judicial channels and the enforcement of the rule of law through the police and law enforcement authorities. According to Reporters Without Borders, media concentration and political influence still hinder independent journalism in Brazil, as a country located in South America according to extrareference. Eighteen journalists, bloggers and reporters were murdered between 2009 and 2014.

Brazilians are increasingly critical of the reality in their country. Abuse of police violence against members of the lower class, the courts’ susceptibility to corruption and impunity for the better-off are increasingly perceived as no longer acceptable. The police and judiciary in Brazil are accused of being corrupt themselves and therefore part of the problem. Reform of these institutions is essential to achieve greater rule of law. The poor in particular suffer from the lack of legal protection. They are often the target of attacks by the security forces themselves.

Amnesty International’s annual and country reports describe numerous human rights violations in connection with land conflicts, but also against women, blacks, homosexuals, indigenous people, street children and other minorities. Since the mid-1990’s, the Brazilian government has been grappling with the problem of human rights violations.

The aim of the federal and various state governments is to bring abuse of power and violent attacks by the police as well as organized crime under control. However, blanket convictions are not appropriate.