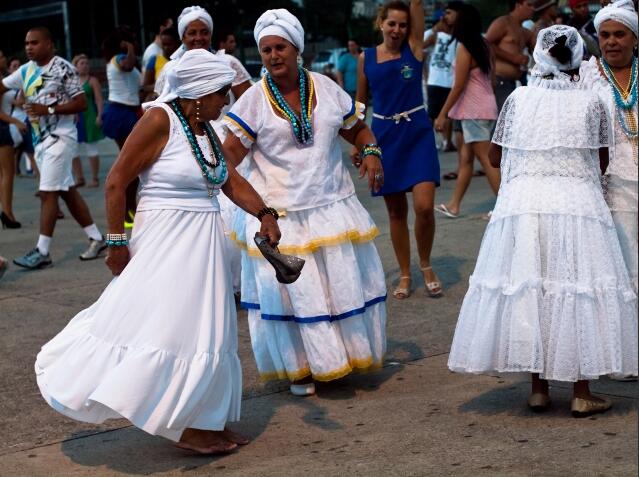 The northern region is formed by the states of Amazonas, Pará, Acre, Rondônia, Roraima, Amapá and Tocantins and is mostly in the Amazon basin. The two main cities of the Amazon are Manaus (capital of the Amazonas state) and Belém (capital of Parás). Numerous rivers irrigate this area, which is considered to be the largest freshwater reservoir on earth. Until the middle of the 19th century, the region remained meaningless for the entire economy of Brazil. The rubber boom in Amazonia began around 1870 due to the demand for this product in the world and with it internal migration. The population grew sixfold from 1850 to the collapse of the rubber industry in 1910.

Since the 1960’s, several government and private projects have been launched to exploit the potential of the Amazon. These brought and continue to cause major social and environmental problems.

The Northeast claims to be the cradle of Brazilian culture. In fact, it is the historically oldest region that formed the center of the Portuguese settlement project in America in the centuries after its discovery (1500). In total, the northeast now comprises nine states. But Bahia, Pernambuco and Ceará are politically and economically leading.

Put simply, the northeast can be divided into two very unequal cultural regions: the fertile coastal region and the semi-arid hinterland, which is afflicted by periods of drought and was previously dominated by subsistence farming and animal husbandry. Both regions are ethnically and culturally completely different. On the coast, the influence of Afro-Brazilian culture is very strong, while in the hinterland, the mixture of Indian and Portuguese influences has established its own culture, the Sertanejo. To this day, important impulses for the Brazilian cultural industry have come from the northeast. This is especially true in the musical field.

The southeast rose in several stages to become the economic development center of the country. A first impetus was triggered by the long-awaited gold discoveries in what is now the state of Minas Gerais, which triggered a migration movement to this hinterland region in the course of the 18th century and gave rise to a new settlement focus in the otherwise exclusively coastal Portuguese colony. Even today, the baroque towns offer the region south of the state capital Belo Horizonte has many tourist attractions from this period. The final breakthrough came with the rapidly growing coffee export since the end of the 19th century. At the turn of the century, coffee bean exports accounted for 2/3 of Brazilian exports. The state of São Paulo, in which the coffee plantations expanded further and further into the hinterland, soon became the “locomotive” of the Brazilian economy. It maintained this role even when the focus of development shifted from agricultural to industrial during the 20th century. The country’s industrialization since the 1930’s has mainly taken place along the Rio de Janeiro-São Paulo axis, where half of Brazilian industrial production is still concentrated today. Brazil is a country located in South America according to elaineqho.

In connection with the coffee boom, the Brazilian economy also made an important transition from the slave economy to the employment of free wage workers. Since the end of the 19th century, mainly Italian, Portuguese and Spanish came to Brazil as workers. In smaller numbers, Poles, Germans and Russians. A larger contingent of Japanese immigrants followed later. Millions of immigrants came to Brazil in the decades before and after the turn of the century, almost all of them ending up in the state of São Paulo. From this time the state capital São Paulo inherited its cosmopolitan character, which it still maintains today.

More recent developments tend to limit the societal integration power of cities. In connection with ongoing social inequalities, the middle and upper classes are self-encapsulating in closed residential complexes or even hermetically sealed off small towns. São Paulo is also suffering from the consequences of environmental degradation and has been trying for years to save its totally polluted house river Tietê from destruction.

With the inauguration of Brasilia in 1960, Rio de Janeiro lost its capital city function. Nevertheless, the second largest city in the country with its 10 million residents continues to be an important cultural center. Rio is not only of majestic natural beauty: since the Portuguese court moved there from Lisbon in 1808, Rio became the seat of the Portuguese kingdom and thus gained it Urban planning, architecture with parks, avenues and public buildings. In July 2012, UNESCO declared the cultural landscape of the city of Rio a World Heritage Site.

The remaining two major regions of the Midwest and the North make up about 2/3 of the Brazilian territory and were originally largely covered by the Amazon jungle and its foothills. This open western border, with its assumed and actual riches, has stimulated the collective imagination of the Brazilians again and again and shapes it to this day.

However, the attempt to develop the area effectively was not started until the 1970’s under the military rule. First, under the slogan ‘land without people for people without a land’an ambitious development project announced. The Amazon region should be opened up by roads and small farmers should be settled along these aisles. If there was initially talk of 1 million families, these plans were soon scaled down to 100,000. In fact, however, only 6,500 families were settled by the time the settlement was discontinued in 1974. After this failure, the program of economic exploitation and development was adapted to other target groups. Generous tax breaks for private industry attracted investors for projects in mining and agriculture. Dams should provide the necessary energy for these investment projects.

Best known in the Midwest are the two icons of the Pantanal and the federal capital Brasilia, shaped by the monumental buildings of Oscar Niemeyer. An extensive agro-industry has established itself in the region of the Cerrado, which in the meantime has achieved a significant share in agricultural production. Soy cultivation also plays an important role. However, up to now long-term ecological aspects have had to take second place to short-term economic benefit maximization.

The decisive attempt to colonize the south took place in the 19th century. The Brazilian government hired European settlers to develop and occupy the still largely undeveloped areas. Reports from the immigrants about the obstacles to be overcome in their new homeland are impressive to this day. This initiative, as a result of which Poles, Swiss, Germans and Italians in particular moved from Europe to southern Brazil, has left a formative influence on the region to this day. Many buildings in the states of Paraná, Santa Catarina, and Rio Grande do Sulare built in European style. Some of the people keep the traditions of their country of origin unchanged to this day. The religious communities played a decisive role in this. Sometimes the native language is even spoken in individual villages. The Oktoberfest in the south is now one of the symbols of this reconsideration of the European roots and also a tourism-oriented company.