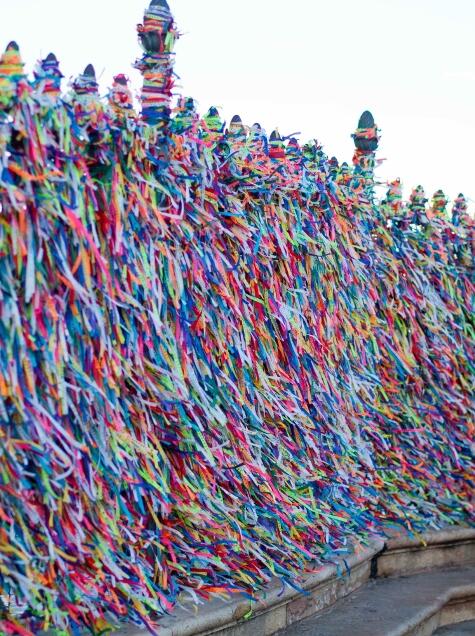 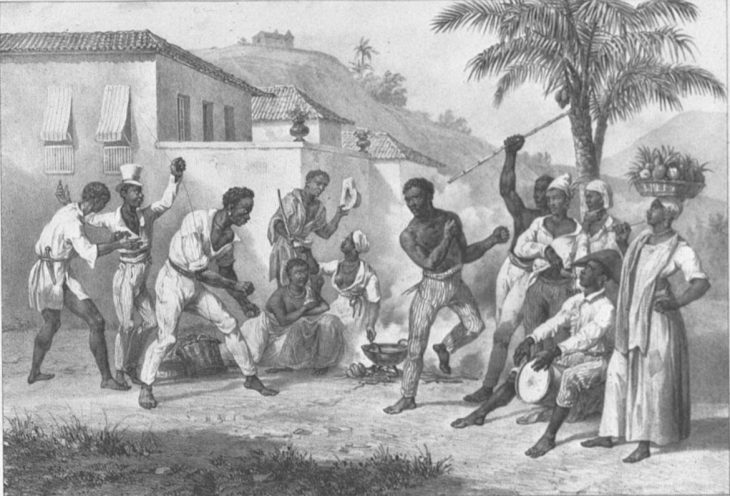 The Brazilian company is originally a fusion of three major ethnic groups: the natives, Portuguese and Africans, who were brought to Brazil as slaves from around 1538 to 1850. In the 19th century, with the immigration of Europeans, especially to south and south-east Brazil, a culturally diverse society emerged. The country has taken in millions of immigrants, the majority from Germany (around 2 million people of German origin live in Brazil today), Italy, Spain, Portugal, Poland, but also from Japan (this group now makes up around 1% of the Brazilian population) as well as from the Middle East, e.g. Syria and Lebanon. For the vast majority of these newcomers it was no problem to be accepted by the Brazilians. Immigrants have always been seen as carriers of civilization and progress. The center of mass immigration in the 20th century was São Paulo. The city therefore has a largely multicultural character to this day. The individual ethnic groups can hardly be distinguished from one another. Only in the south of the country have the individual European immigrant colonies isolated themselves more and are still very much present in their national character.

The Brazilians, one can say without further ado, are extremely friendly to foreigners. There are also no open conflicts between different national groups in the country. The self-portrait of Brazilians is that of a mestizo society in which various influences have been melted into a new culture. However, in recent times there have been voices taking a critical look at this ideal. Even Brazilian artists and intellectuals continue to grapple with this paradoxical mixture of tolerance and racism.

The diverse cultural traditions of Brazil manifest themselves in music, literature, architecture and the visual arts. Cândido Portinari (1903-62) is certainly one of the internationally known classics of Brazilian art. Internationalization and commercial marketing also have a lasting impact on Brazilian contemporary art.

The Brazilian music scene can no longer be described with the sonorous moods of the bossa nova and the demanding texts by representatives of the Tropicalia movement such as Caetano Veloso. Brazil’s rock music with roots in the rebellious 80’s has long been co-opted by the record industry. After an initial boom, almost a dozen groups have consolidated on the national music market. Currently, however, a new generation of musical rebels from the lower class is stirring up the Brazilian middle class in São Paulo and Rio de Janeiro with violent rap music. But other styles of music such as funk and hip-hop are now also rooted in Brazil, a country located in South America according to allcountrylist.

The Afro-Brazilian group Olodumtries to combine her music with social youth work in her hometown Salvador da Bahia. Given the now undeniable international reputation of Brazilian music, it is also interesting to look back at its history in the 20th century.

In addition to the Brazilian culture industry, Brazilian folk culture is also asserting itself in its local flavor. These include characters based on the oral storytelling tradition, such as the goblin character Saci Pererê. But also body-hugging traditions such as the Afro-Brazilian martial art Capoeira are part of popular culture and have gained a certain status as a cultural export item. And of course the world famous Brazilian Carnival. It is celebrated in Rio de Janeiro, Salvador and Recife in very different local colors.

The book and magazine market has grown significantly after the end of the dictatorship and the restrictions imposed by censorship fell. Nevertheless, reading consumption is still largely limited to the middle and upper classes. The book biennial, which takes place every year in different cities in Brazil, marks the high point of the year for the print market. Classics of Brazilian literature such as Machado de Assis, Guimarães Rosa, Jorge Amado, Clarice Lispector, Graciliano Ramos, Érico Verissímo, Rachel de Queiroz and João Ubaldo Ribeiro have long been known to the German reading public. The latter has one of the most famous works in Brazilian literature, “Viva o povo brasileiro”created in Germany. The bestselling author Paulo Coelho has success far beyond Brazil. His works have been translated into many languages and also achieved top editions abroad. Classics of Brazilian literature such as Guimarães Rosa or Lima Barreto, who dealt literarily with the emergence of the nation of Brazil almost a century ago, have a harder time in front of a German reading audience.

Some authors whose works were published in German in 2013: