With regard to social policy, the MAS government pursued a policy of redistributing state revenues in the early years. In addition, Bolivia was able to benefit from the high world market price and the good conditions for gas sales to Argentina and Brazil until 2014. The Bolivian state was not only able to record increasing revenues over many years, but was also able to store a significant amount of international reserves. Morales used this money to finance the expansion and introduction of social benefits for parts of the population. The three most important are: increasing the pension for the elderly, money to children to stay in school, and financial aid and health check-ups – before and after the birth – for expectant mothers.

In economic terms, the government consistently pursued the expansion of the state’s role as the most important factor in economic development. It subsidized loans and insurance for farmers, local public transport and a lot of food. She tried to develop the country economically by setting up state “strategic” factories and production facilities, such as for milk, concrete, paper, sugar or artificial fertilizers. This strategy had to be described as largely failed even before the end of Evo Morales’ presidency.

As a country located in South America according to topb2bwebsites, Bolivia is a country with a very heterogeneous population, the majority of which is strongly influenced by their indigenous origins, despite centuries of foreign cultural determination.

Society is traditionally divided into a small upper class, which usually follows Western culture and consumption patterns, a – mostly urban – middle class and a large proportion of the urban and rural poor.

However, some things had improved during the Morales administration. The percentage of the poor has declined significantly and the middle class has expanded as a result of the economic boom. The proportion of poverty in the population from 59% in 2008 has fallen to 20.5% within 5 years.

At the same time, a new elite has emerged in the wake of government policy, which also includes parts of the formerly marginalized indigenous and mestizo population.

Bolivia’s population has multiplied since the National Revolution. While there were 2.7 million residents in 1950, the number had increased to 6.4 million by 1992 and was 8.3 million in 2001, with a population density of 7.5 residents per km². The population growth ranged between 2.1 and 2.7% during this period.

According to the last census of 2012 (Censo Nacional de Población y Vivienda 2012), the country has now exceeded the 10 million mark and the population is currently around 11 million. In contrast, the growth rate fell to 1.7% for the period 2001-12, which means a significant slowdown in population growth in the future.

In the middle of the 20th century the overwhelming majority of the residents lived in the rural Andean area, this has changed fundamentally since then. In the mid-1980’s, the proportion of rural and urban populations was balanced; around 70% of people now live in cities.

It is often suggested that the vast majority of the country’s residents are indigenous; the official figures range between 65 and 80% depending on the source. Other statistics, however, speak of a two-thirds proportion of mestizos.

According to data from the census of 2012 which is the country’s population grouped as follows: 19% Quechua, Aymara 17%, about 1% Guaraní, Chiquitano 1.3% and 0.45% Mojeno. Other smaller indigenous peoples are u. A. the Araona, Ayoreo, Chiriguano and Moxos. The new constitution of 2009 recognizes the languages of 36 indigenous “peoples and nations” in Bolivia. Even the small Afrobolivian minority was granted the status of an indigenous community in this way.

A large part of the indigenous population lives in the mountains, the Altiplano plateau and the lowlands. However, there has been a growing phenomenon of internal migration to large and sometimes medium-sized cities over the past 30 years. These people, who mostly settle on the outskirts of cities, represent the highest proportion of the poor and initially have little access to city services such as electricity and water. 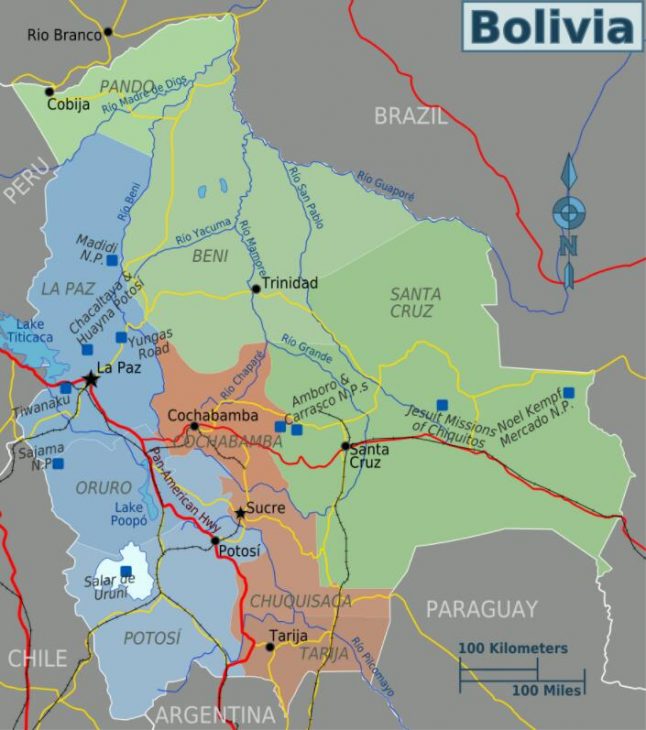