The natural area of Bolivia is extremely multifaceted and also includes extremes. Due to the diverse topographical conditions in the country, there is a rich variety of plants, flowers and trees. There are also various bodies of water that influence the landscape and climate. In Bolivia there are also extreme differences in the altitude of the respective landscapes and between the climatic conditions prevailing there. In some areas of the country – such as the Yungas of La Paz – you can go from over 4,000 m to under 2,000 m and from 5 degrees Celsius to 25 degrees Celsius within an hour. 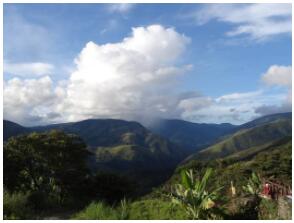 In the Yungas on the eastern slopes of the Andes

The large differences in altitude result in a large number of climatic zones. You will find the colder, dry Altiplano with an average temperature of 15 to 20 degrees Celsius during the day and 0 degrees Celsius at night. On the eastern slope of the Andes in the Yungas region, there is a warm and subtropical climate with high humidity. In the lowlands in the departamentos Beni, Pando and Santa Cruz there are temperatures around 30 degrees Celsius, as well as frequent rain. Finally, the area around southern Santa Cruz, Sucre and Tarija (the Chaco region) also has warm temperatures, but is drier. The interactive climate map provides information about other places and their climate.

A warm ocean current appears at irregular intervals on the Pacific coast, which leads to extreme climatic changes in the affected regions. One speaks of the ” El Niño ” phenomenon. The strongest El Niño event observed so far, in 1982/83, led to a month-long drought in the highlands of Bolivia. In other parts of the country this “El Niño” triggered floods and landslides after days of persistent rainfall. At that time, as with the event in 1997/98, the damage balance was considerable. Another El Niño in 2015/16 was rated as equally strong by the scientists, but had significantly fewer negative consequences for Bolivia. However, he helped to cause the second largest lake in Bolivia, Lake Poopó, to dry out.

The Spanish-language blog Cambio Climatico Bolivia (Climate Change Bolivia) offers useful information on current developments in the El Nino phenomenon as well as on the effects of global climate change in Bolivia. 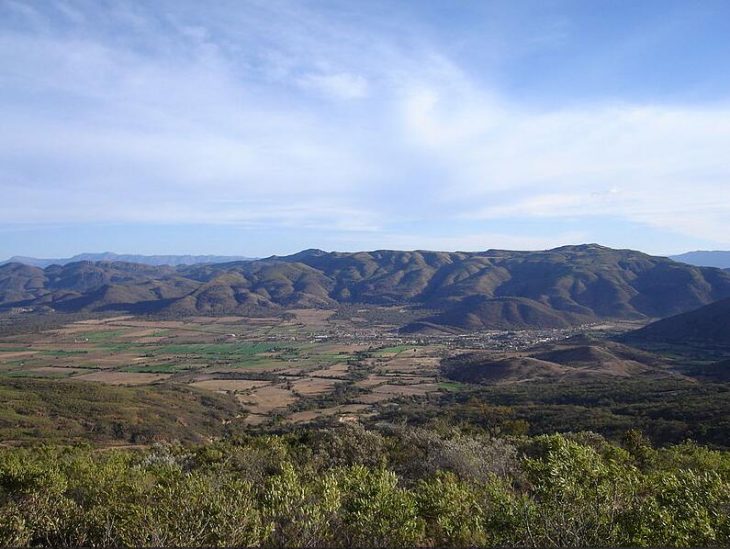 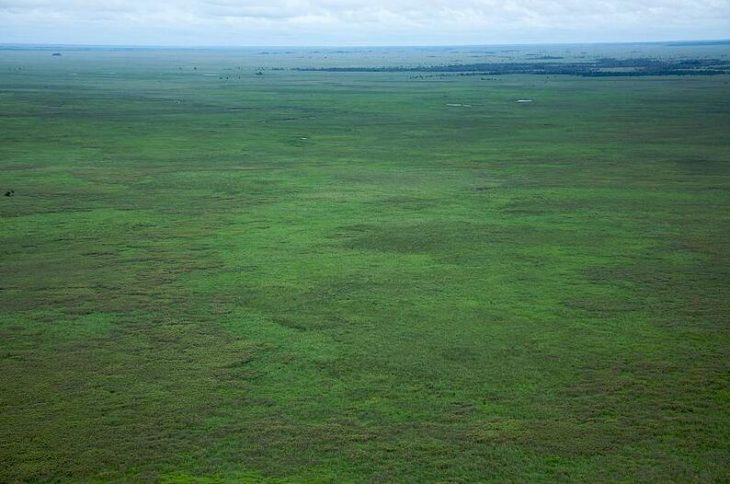 As a country located in South America according to usaers, Bolivia is characterized by three distinctive large geographic landscapes, the high mountains of the central Andes (also called Cordillera de los Andes in Spanish), the sub-Andean valleys and the lowlands, also called Llanos. The Bolivian Andes run through the eastern part of Bolivia. They divide into two mountain ranges, the Eastern Cordillera Oriental and the Western Cordillera Occidental. The Altiplano plateau is located between these two mountain ranges. As part of these mountain ranges, we find the highest mountain in the country near the border with Chile, the Sajama (6,542 m) and the Illimani (6,439 m) within sight of La Paz, many more six-thousanders. The Altiplano with an average altitude of 3,800 m is a relatively cold, arid and barren lowland and home to the Aymara culture.

The inner Andean dry valleys (” Valles “) are between 1,500 and 3,500 m above sea level and primarily in the departamentos of Cochabamba, Sucre and Tarija; their mean height is around 2,500 m. The Yungas region forms the much narrower Andean Eastern slope bordering north of La Paz, where the mountain range, often over 6,000 m high, merges into the Amazonian lowlands with heights below 400 m for less than 50 horizontal kilometers. In the Yungas there is a humid climate almost all year round with pleasant temperatures of around 20-25 degrees Celsius.

The Llanos, the tropical and hot lowlands, is located in the north and east of the country and extends from Peru and Brazil in a south-easterly direction to Paraguay. In the Amazon region there is rainforest, while in Beni wet savannas dominate the landscape. Chiquitanía, in the east, is characterized by the transition to light dry forest. In the far south-east of the country is the dry and hot Chaco region. The Llanos extend over around two thirds of the Bolivian territory, are on average around 400 m high and have a very warm climate. 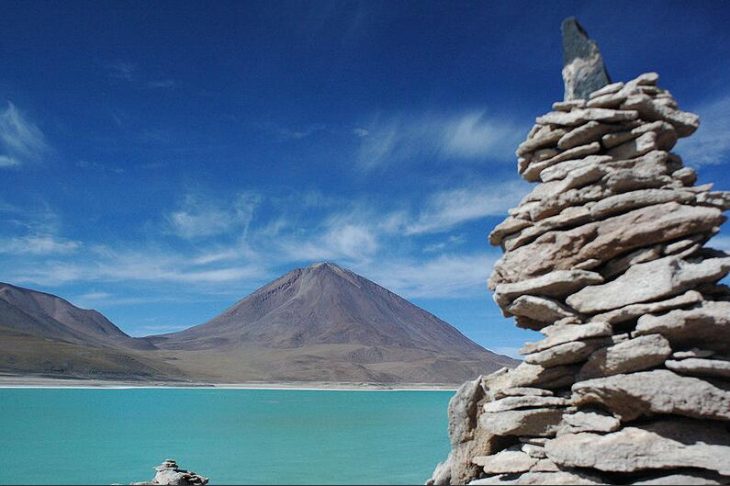 The Río Beni near Riberalta

In the Andes, the most important waters are Lake Titicaca, the Poopó- lake and the Desaguadero. These bodies of water belong to the central Andean catchment area without any runoff and are separated from the rest of the country by the Andes mountain range. The Lake Titicaca is the largest with 9,064 square kilometers and highest commercially beschiffbare waterway of the earth and is located at an altitude of 3,812 m asl The Bolivian-Peruvian border runs right through the lake, so that it also represents a transport route between the two countries. Furthermore, Lake Titicaca is one of the most important tourist destinations in the region and is also considered the mythological place of origin of the Inca culture.

The Río Desaguadero diverts the fresh water from Lake Titicaca and brings it to Lake Poopó via the Río Desaguadero. Lake Poopó has salty water due to its shallow depth and strong evaporation, but is only suitable for smaller ships due to its average depth of only 4 m. At the end of 2015, this once 2,700 km² lake dried up completely. After the water level had recovered a little in the subsequent rainy season, Lake Poopó fell completely dry again at the end of the dry season in December 2016 and 2017. As large quantities of irrigation water continue to be diverted from its main tributary, the Río Desaguadero, recovery is unlikely.

The two lagoons Laguna Verde (Green Lake) and Laguna Colorada (Red Lake) in the south-west of the country are smaller bodies of water in the highlands that are of touristic importance.

The rivers with the greatest abundance of water in Bolivia are found in the northern lowlands, also known as the Amazon basin. The most important of these rivers are the Mamoré, Beni and Madre de Dios, which flow into the Madera. The Madera then finally flows north to the Amazon and is its main tributary.

The rivers Paraguay, Pilcomayo and Bermejo in the southern part of the lowlands are less abundant in water, but just as important. These rivers flow in a south-easterly direction towards the Atlantic. 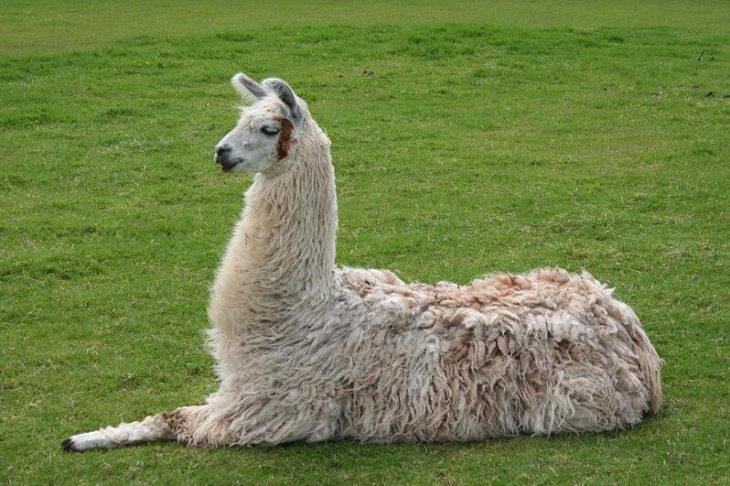 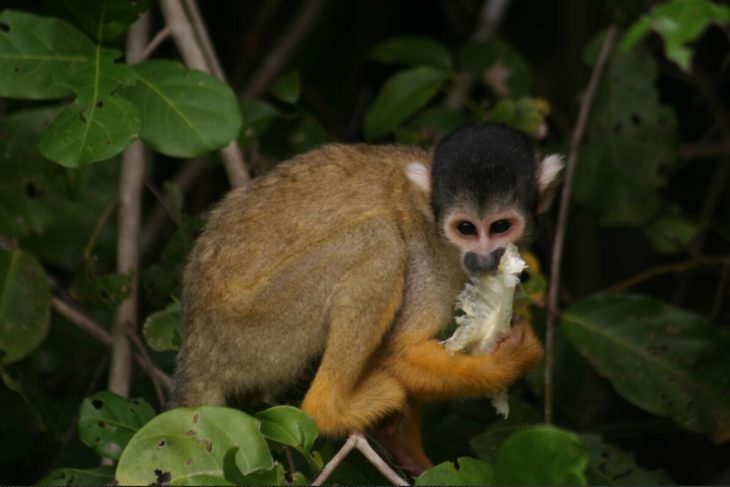 Monkeys in the Pampas de Yucuma in Beni

The diversity of the geographical locations (from about 80 m to over 6,000 m above sea level) and the different climatic zones of the tropical, subtropical and Andean regions are decisive factors for the diversity of flora and fauna in Bolivia. The different levels and climatic zones, with their diverse ecosystems, offer optimal conditions for numerous ways of life.

Bolivia’s most distinctive eco-zones are the following: In the Amazon region around Beni and Pando there is mainly rainforest and savannah, with many different types of trees and plants. In the Yungas, north of La Paz, the vegetation varies with altitude. In the vicinity of the Andes, mainly low shrubs grow, in the middle plains ferns and in the lower plains palm trees and tropical flowers. In the Altiplano, south of La Paz (including Oruro), Andean grasses and some native cacti grow. In the Chiquitania and Chaco regions, which are in Santa Cruz and Tarija, you can find different types of bushes, trees, palms and flowers.

Among the animals of the highlands one can find llamas, alpacas, vicuñas and guanacos. The lama serves as a pack animal and provides meat and wool to the residents of the high Andes. Monkeys, pumas, jaguars, and armadillos, as well as a wide variety of reptile, bird, and insect species are primarily found in the tropical rainforests. These include, for example, the critically endangered Sehuencas water frog. Ñandus, snakes, termites and a large number of different species of birds live in the savannahs.

Most imposing, however, is likely to be the condor, which is no longer so widespread, and which was already considered a special animal at the time of the Inca. It is the largest land bird capable of flying and is native to the Andes and the highlands. 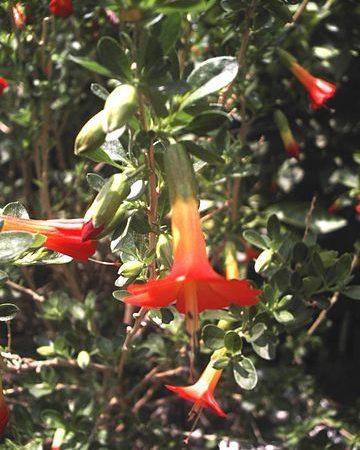